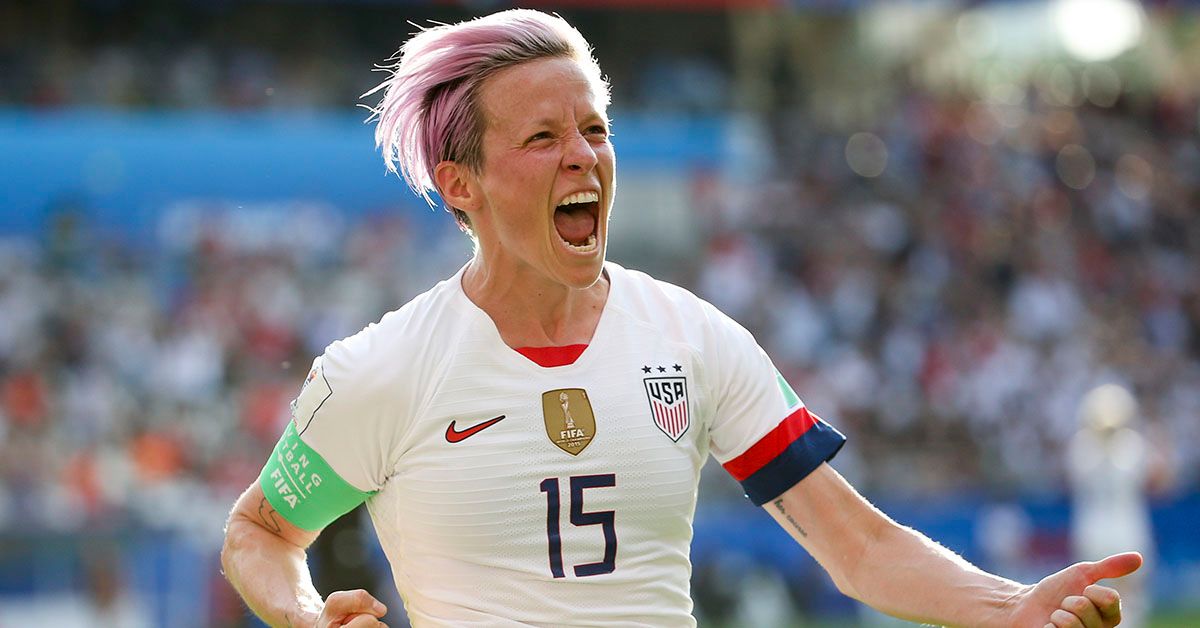 Soccer forward Megan Rapinoe went from being a key player who helped lead the U.S. women's team to victory in the 2019 World Cup to a political lightning rod when she engaged in a war of words with U.S. President Donald Trump.

An unabashed critic of Trump, Rapinoe sparked the ire of the president and his supporters in June 2019 by stating she would not visit the White House if the team won the tournament, which the team did days later.

Though Rapinoe is outspoken about her views, calling Trump a misogynistic racist with rhetoric and policies that exclude many Americans, she did not utter the statement in a widely seen meme: "Gross men like Trump are the reason all women go gay. He's incapable of satisfying a woman." The meme was created by America's Last Line of Defense, a network of websites and social media profiles proffering self-described satire. The fine print on the image even states Rapinoe didn't make the remark.

The meme likely plays on that fact that Rapinoe is gay. But as the Gay and Lesbian Alliance Against Defamation (GLAAD) advises, language that suggests being gay is transitory or a matter of personal choice is offensive and should be avoided in all contexts.

Negley, Cassandra. "Megan Rapinoe Views Donald Trump's Tweets as a positive: 'We Do Carry With Us Other People.'"   Yahoo Sports. 9 July 2019.