The band says their drummer is retiring from touring, but rumors that White is replacing him came from a satire site. 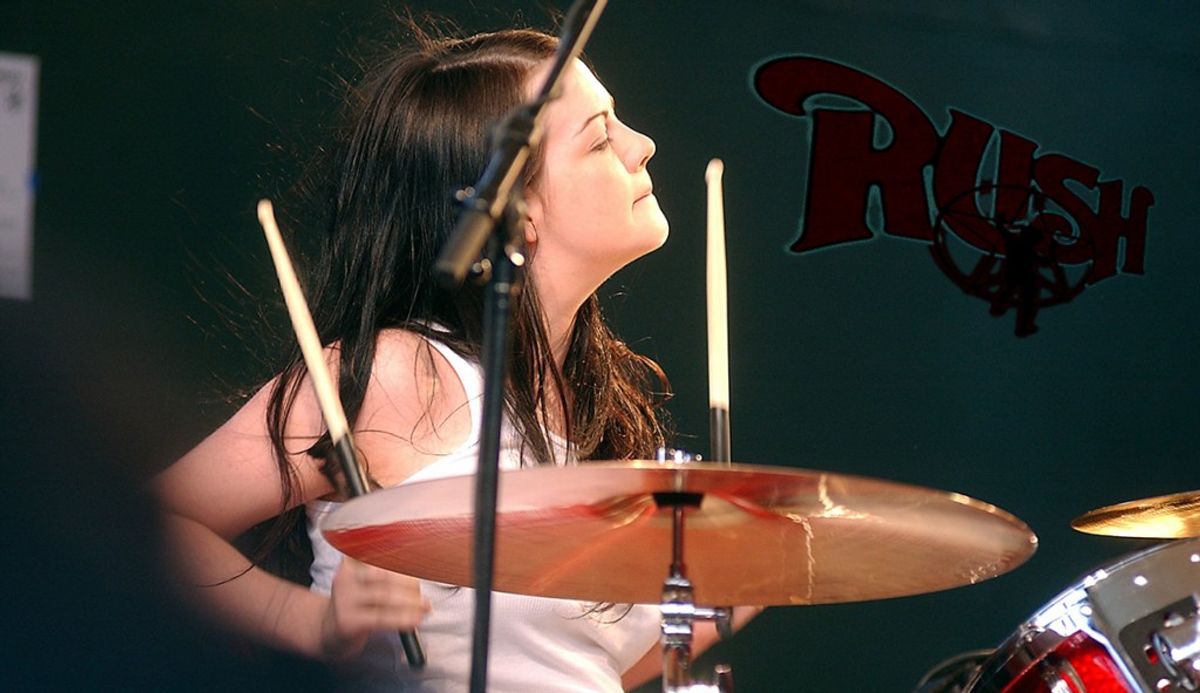 Fans of the Progressive Canadian rock band Rush breathed a collective sigh of relief after lead guitarist Alex Lifeson announced that former White Stripes drummer will replace the ailing Neil Peart on an upcoming North American tour. There have been numerous reports that Mr. Peart was sadly unable to continue due to increasing chronic arthritis pain, and many fans thought that Rush’s critically acclaimed R40 tour last year was in fact the final Rush tour of their career.

“We’ve worked very closely with Meg White over the past few months,” said Mr. Lifeson in a Scooper telephone interview earlier this week. “Neil has been intimately involved with showing her the set. As you can imagine, there’s no one to replace him on drums, but we believe that Meg will bring a fresh perspective to some of our classics.”

Megan Martha “Meg” White (b. 1974) is an American drummer known for her work with Jack White in the Detroit rock duo The White Stripes. Her drumming style has been called “primal” for its simplicity, and drew both praise and criticism from fans and critics.

The article's image was a digitally altered existing photograph of White with a Rush logo added on to it, not a newly-taken image. Nevada County Scooper's terms and conditions advised users not to take it (or themselves) seriously:

This website is satirical in scope and intent. It provides fake news and social criticism in a satirical setting. If this offends you, go away you worthless cretin and consider doing something else with your time rather than looking at the Internet. Really, the quality of your life will improve dramatically. Our intention is not to fool anyone, but if you do get fooled, don’t sweat it. Please have fun and lightened up.

The article appeared following recent coverage of Rush's "uncertain future" and drummer Neil Peart's presumed retirement. White made news for herself when she decided to retire permanently from performing in 2012, and former bandmate Jack White confirmed that Meg declined any future collaborations.