McGregor vs. Mayweather Fight Called Off After Mayweather's Arrest?

An old news report about Floyd Mayweather's 2010 arrest appeared with a misleading title in July 2017. 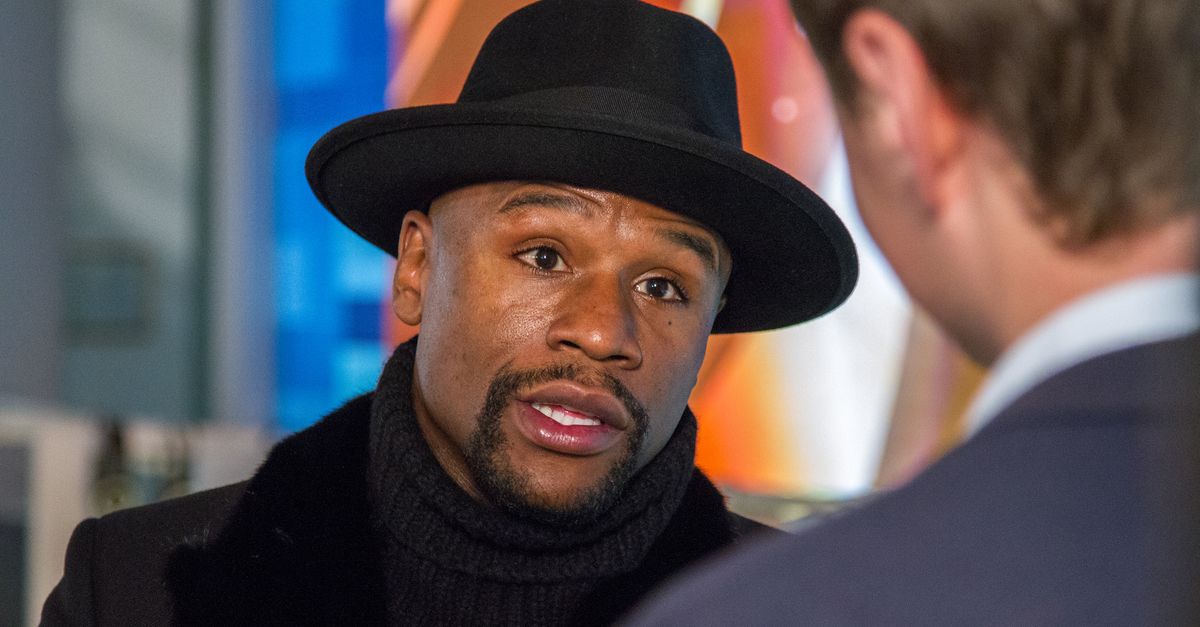 Claim:
The August 2017 fight between Floyd Mayweather Jr. and Conor McGregor was called off after the former was arrested in July 2017.
Rating:

A news report featuring footage of boxer Floyd Mayweather Jr. walking into a court room was recirculated in July 2017 along with the inaccurate claim that the boxer had been arrested and that his much-hyped August 2017 fight against UFC star Connor McGregor had been cancelled.

The video was published to the web site Top Buzz under the title "McGregor vs Mayweather FIGHT IS OFF! Mayweather ARRESTED!! LIVE FOOTAGE":


This video does show a genuine news report. However, it does not document a 2017 arrest and has no impact on the Mayweather vs. McGregor fight in August 2017.

This video actually comes from 2012 and documents the start of Mayweather's 90-day prison sentence stemming from the boxer's September 2010 arrest for domestic violence. The Associated Press reported at the time:

Free time is about to run out for Floyd Mayweather Jr., who is due to begin a three-month jail sentence in Las Vegas stemming from a hair-pulling, arm-twisting attack in September 2010 on the mother of three of his children.

The judge sentenced him Dec. 22 for his guilty plea to reduced charges in the domestic battery case.

Mayweather, now 35, was initially due to begin his sentence Jan. 6. But Saragosa agreed at the last minute to let him remain free long enough to fight Miguel Cotto on May 5 in Las Vegas. The fighter who goes by the nickname "Money" won the bout and a guaranteed $32 million. Cotto was paid $8 million.

Mayweather has been accused of, and charged with various crimes throughout his career. A 2015 CNN article asked  "Why do we ignore Mayweather's domestic abuse?" and listed some of the boxer's run-ins with the law:

Some examples: In 2001, he allegedly struck the mother of one of his children in the face with a car door and then punched her several times in the face.According to an account in the Las Vegas Review-Journal: "Mayweather was charged with two counts of domestic battery. He pleaded guilty in March 2002 to those counts and one count of misdemeanor battery in an unrelated case.

"Under the plea agreement with prosecutors, the boxer got a suspended six-month jail sentence, a $3,000 fine, 48 hours of community service and two days of house arrest."

For attacking two women at a Las Vegas nightclub in 2003, he was found guilty on two counts of domestic battery and given a suspended six-month prison sentence for each as well as a $500 fine for each count, or community service. In 2010, he attacked the mother of three of his children at her home and punched her in the head. His oldest son called the police. He did a plea deal to domestic assault and pleaded no contest to harassment charges, serving two months of a 90-day sentence.

However, we found no reports of Mayweather having been arrested in 2017, and his August 2017 fight against Connor McGreggor has not been cancelled.