Did Kayleigh McEnany Tweet That Obama's Brother Was 'Still In That Hut In Kenya'?

The tweet was a contribution to the hashtag #ObamaTVShows. 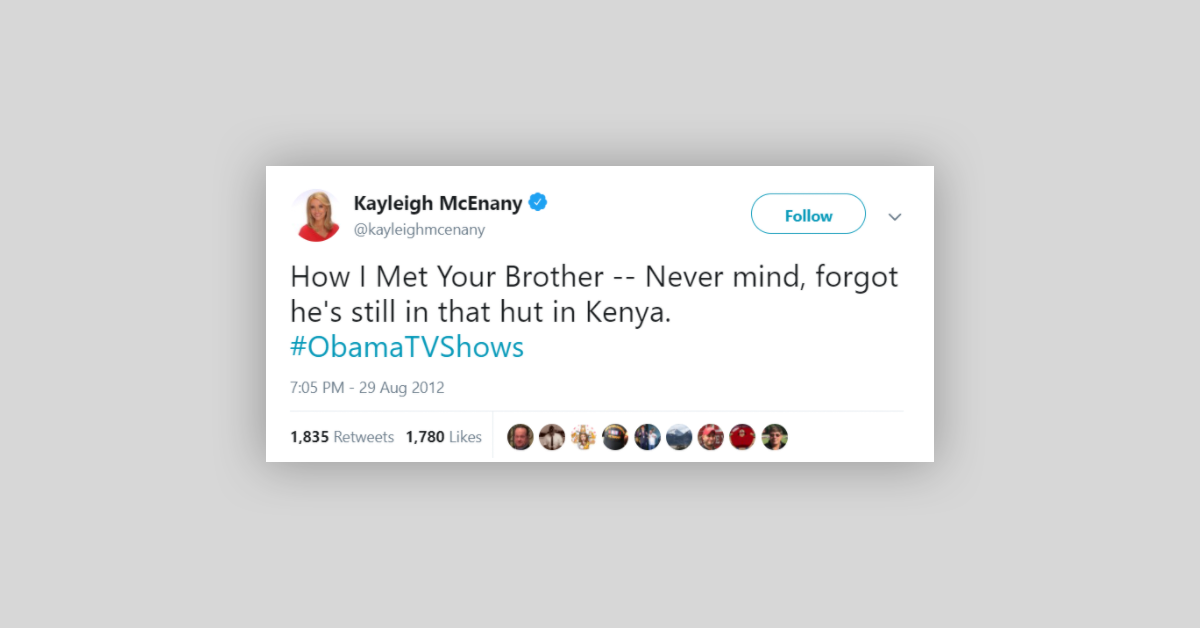 In August 2012, a then-24-year-old Kayleigh McEnany used what The New York Times later described as "racist language similar to Mr. Trump’s" with a tweet referencing the hashtag "#ObamaTVShows." Invoking the popular TV show "How I Met Your Mother," McEnany tweeted: "How I Met Your Brother — Never mind, forgot he’s still in that hut in Kenya.”

A reference to former U.S. President Barack Obama's half brother Malik Obama, who is from Kenya (and is also a naturalized U.S. citizen), the tweet gained renewed scrutiny following McEnany's appointment as former President Donald Trump's press secretary in April 2020. Because she tweeted this statement on Aug. 29, 2012, the quote is "Correctly Attributed" to McEnany.