Do All of McDonald's Drink Cups Hold the Same Amount of Liquid?

While it may be new to TikTok users, this joke has been around for years. 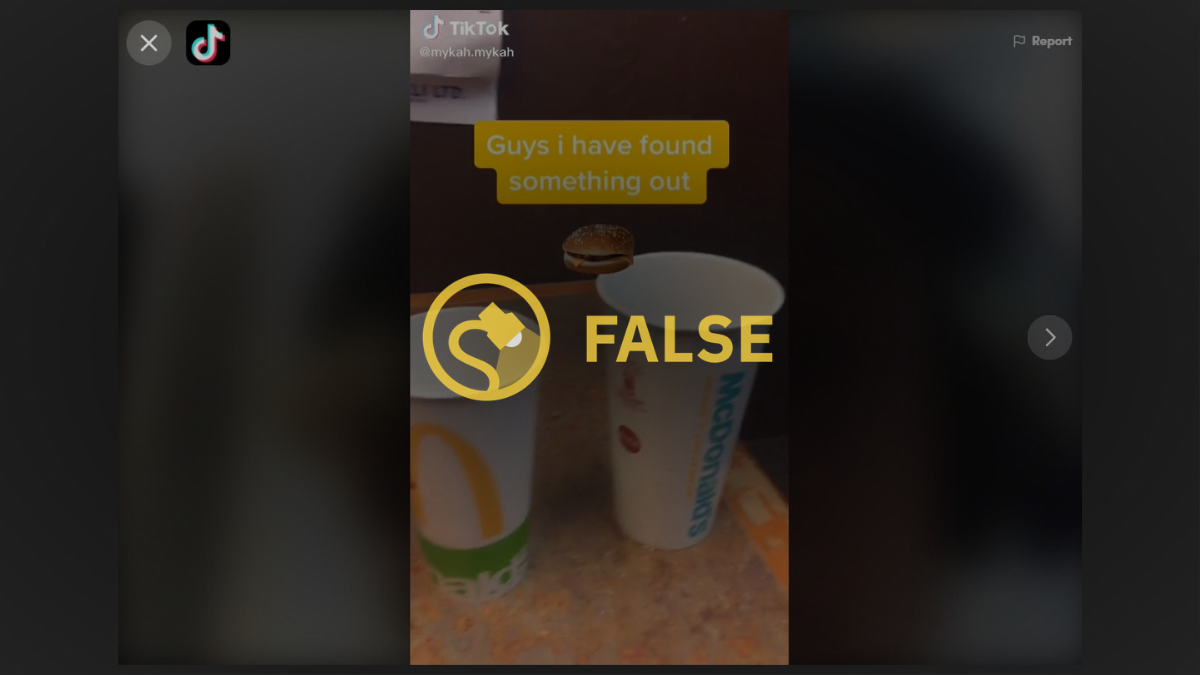 Claim:
A video proves that McDonald's small, medium, and large drink sizes all hold the same amount of liquid.
Rating:

A viral TikTok video supposedly showing that the small, medium, and large cup sizes at McDonald's actually hold the same volume of liquid caused some debate on the internet in November 2020:

But the small, medium, and large cup sizes at McDonald's do not hold the same amount of liquid. This is a joke that uses a clever trick: The medium and large cups were pre-filled with liquid, unbeknownst to the viewer, to make it seem like they do.

This is not the first time that this prank has fooled the internet. In May, YouTube user Dustin Quinn posted a similar video. In that instance, Quinn admitted that people were right to suggest that the there was already some soda in the bottom of bigger cups.

In 2018, a version of this joke focused on the Jack in the Box restaurant chain.

In June 2016, the "As Seen on Social Media" YouTube page debunked another version of this video claiming that McDonald's drink sizes were all the same. The As Seen on Social Media video shows the viewer the inside of the cup and transfers the liquid back and forth to show that no trickery is going on. In that video, of course, it's clear that the small, medium, and large drink sizes at McDonald's are truly different sizes: