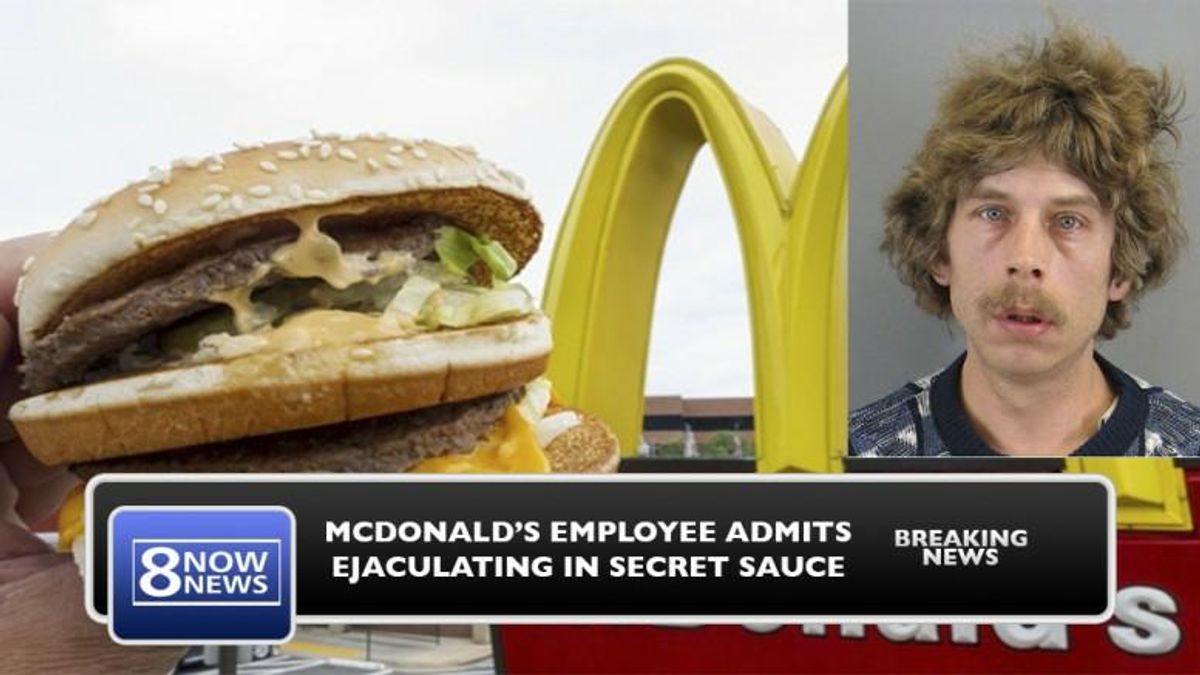 A McDonald’s employee is now under arrest after he admitted to “ejaculating” in several hundred batches of the companies famed ‘secret sauce’ since 2014. Evan Thomas, 26, had been an “outstanding employee, receiving employee of the month 5 times” according to the manager and coworkers at the Los Angeles, California location. The fact that this happened was a shock to everybody at the restaurant, including the thousands of customers who may have consumed Thomas’ semen.

The item was yet another clickbait fake news item fabricated by Now8News, who attempt to lend credibility to the piece of fiction by slapping an unrelated mugshot and a generic news ticker over an image of a McDonald's burger. While the mugshot purports to show the arrested "secret sauce" McDonald's employee, the mugshot was actually that of a child molestation perpetrator arrested in 1999.

While Now8News does not carry a disclaimer labeling the site's content as fictional, Now8News is a well-known purveyor of fake news. In fact, the web site published a nearly identical fake news story in March 2016, differing only in the details of fast food restaurant (Wendy's instead of McDonald's), the bodily fluid involved (feces instead of semen) and the food item contaminated (chili instead of secret sauce).