Did McDonald's Ads Once Feature 'Phil A. O'Fish'?

An anthropomorphic sea cod carrying a fishing net might look like another example of the "fake vintage ad," but was it? 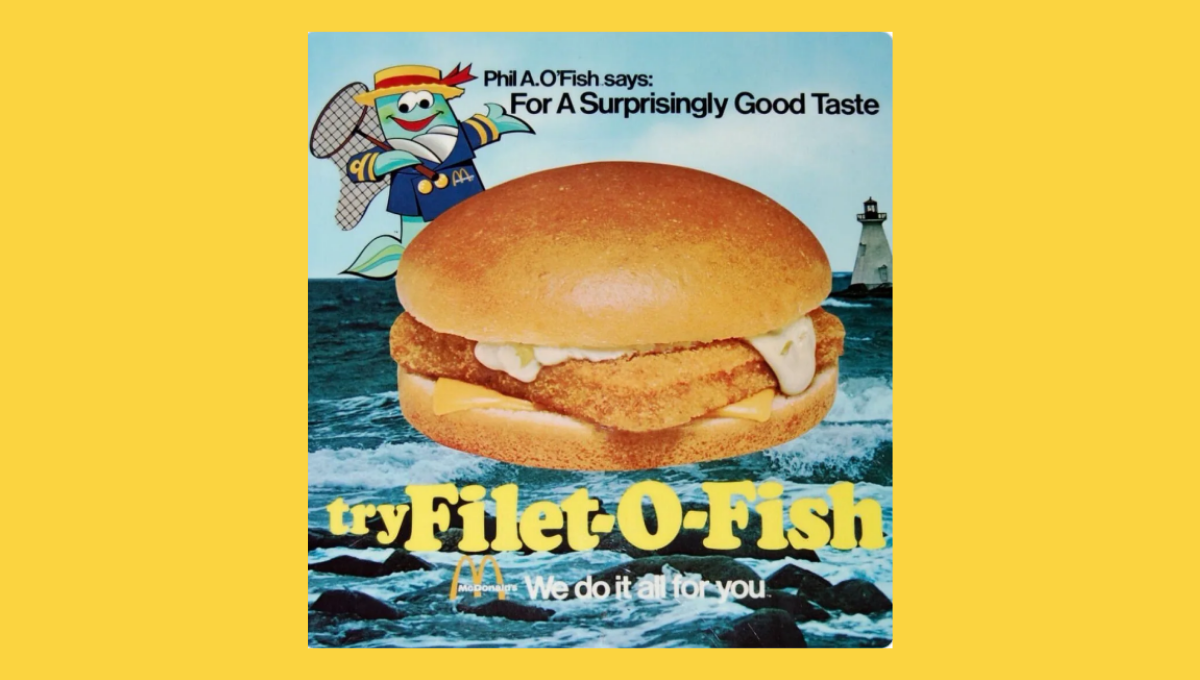 Vintage newspaper and magazine ads have been a rich source of parody and satire over the years, and Snopes has debunked many examples of fake commercials that relied on clever pastiche and skilled digital manipulation.

In recent years, social media and blog posts have featured what, at first glance, appeared to be another example of the "fake retro ad": a 1976 McDonald's commercial for the Filet-O-Fish sandwich featuring a character or mascot known as "Phil A. O'Fish."

The character appeared as an anthropomorphic cod dressed in a sailor's jacket and boater hat and carrying a fishing net, and the ad's copy read: "Phil A. O'Fish says: For a Surprisingly Good Taste try Filet-O-Fish": In fact, the ad was completely authentic. We found examples of the "Phil A. O'Fish" character in newspaper advertisements for McDonald's dating to 1976. For example, the following ad appeared in the Winona, Minnesota, Daily News on March 2, 1976: And this promotional contest was published in the Washington Court House, Ohio, Record-Herald, on March 18, 1976: We couldn't find any examples of "Phil A. O'Fish" from before or after 1976, and a Smithsonian magazine history of the Filet-O-Fish sandwich posits that the character was replaced by 1977, never to be seen again — which would explain why readers, even those old enough to have enjoyed the occasional trip to McDonald's four decades ago, might have no knowledge or recollection of him.