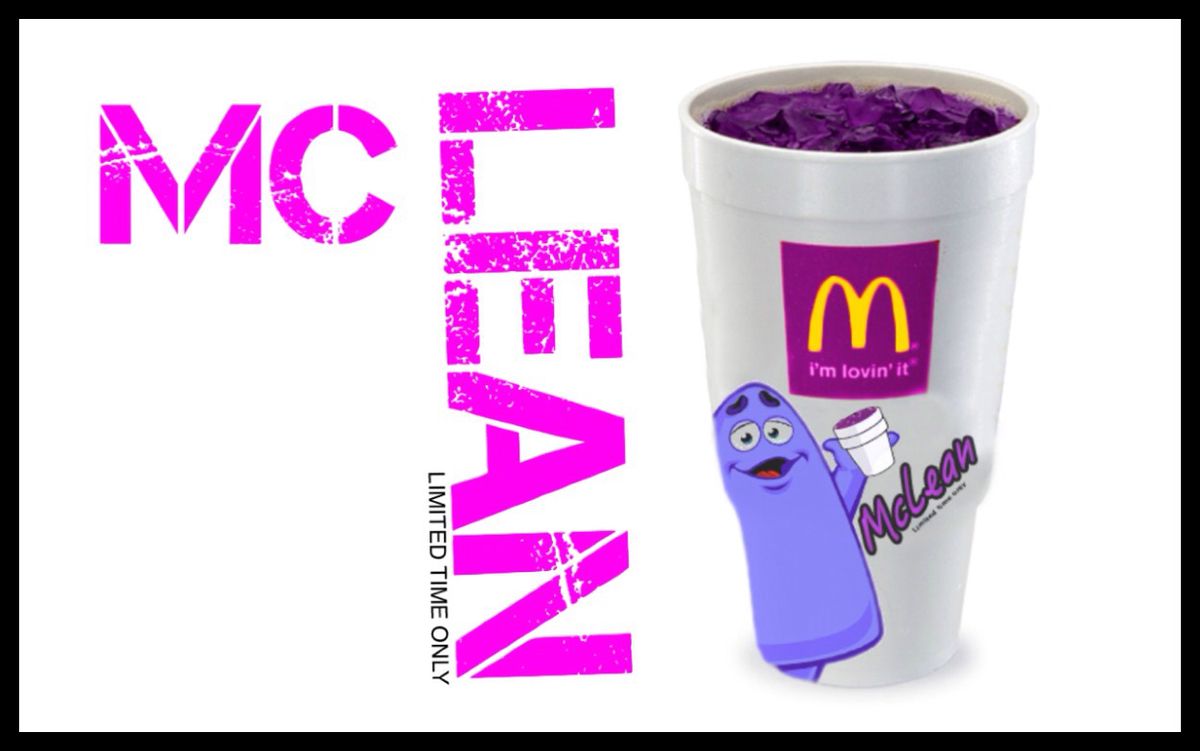 FACT CHECK:   Is McDonald's offering a cough syrup-based drink called the McLean for a limited time?

Claim:   Is McDonald's offering a cough syrup-based drink called the McLean for a limited time.

Origins:    In July 2015, the entertainment web site NotAllowedTo posted an article reporting that the cough syrup-based drink lean (also known as sizzurp or purple drank) would be available for a limited time at McDonald's restaurants:

The amount of cough syrup used in Lean usually greatly exceeds the recommended dose, up to 25 times. The drink is used as a recreational drug.

“This sh*t crazy” says Antonio Baker, “We finna be up in McDonald’s all day boy, they real af for this, that fat purple character from McDonald’s probably purple from all that lean he drink, n*gga real”, finished Baker, a McDonalds customer who is very happy to hear Lean will be sold at McDonalds.

However, there is one downside, McDonald’s will only serve McLean to customers who have a prescription to drink codeine, so if you don’t, you cannot purchase the lean.

McLean will be offered in a special styrofoam cup featuring Grimace, the purple McDonald's character, who like Ronald McDonald, is a McDonald’s mascot. The Lean will be served in special double styrofoam cups sizes Small, Medium, and Large, and cost $12.00, $18.00, $25.00, respectively.

There is no truth to the above-quoted article. NotAllowedTo is a fake news site that does not publish factual information:

Individual contributors are responsible for the content of their own material in respect, but not limited to, copyright, libel, and defamation.

This web site is also responsible for fake news stories claiming that McDonald's uses french fry grease in their coffee, and that the United States is replacing the national flag with a rainbow flag.