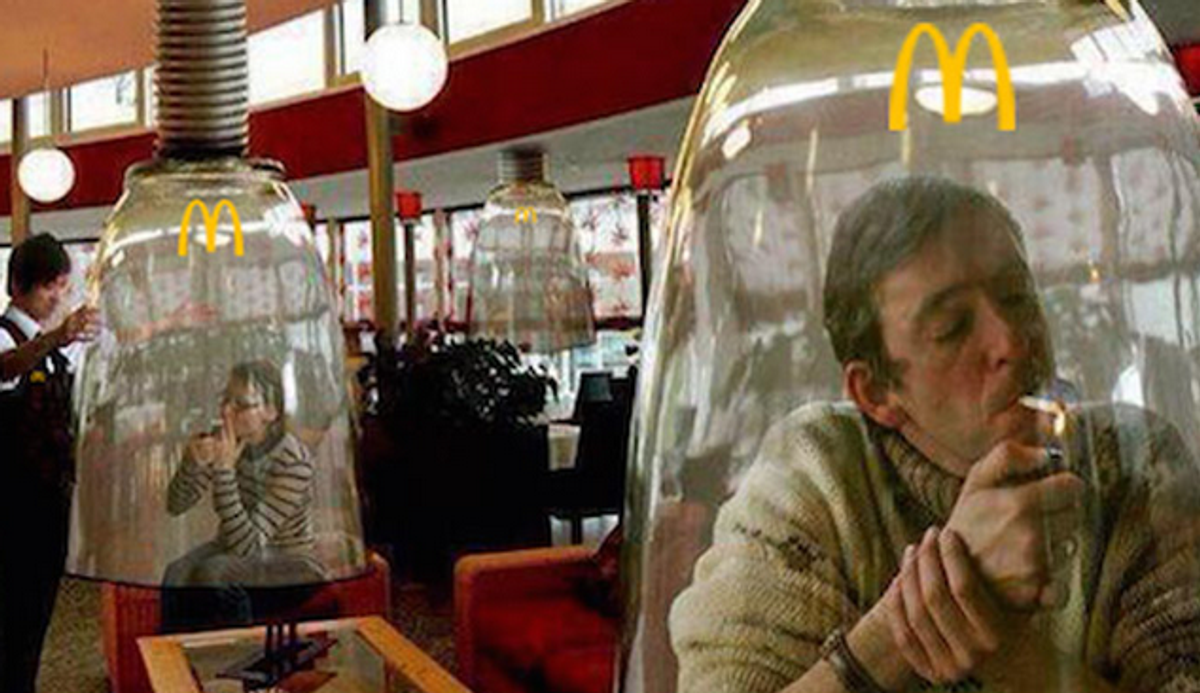 15 Colorado McDonald franchises have announced that they are converting their McDonald’s Play Place areas into marijuana friendly smoking areas. Each facility will consist of 15 smoking pods in which customers can smoke a joint, bong, or pipe without being harassed or bothered by people who are offended by it.

Each pod not only contains the marijuana smoke within it’s small space, but also it repels the smell of the marijuana through a ventilation tube above the pod. So, although the doors are sealed in this previous “Play Place” location, the smell of marijuana will not seep into the main restaurant as people enter and exit the facility.

While Now8News does not contain a readily available disclaimer, it is a fake news site camouflaged as a local television station news site, and the above-displayed story is a verbatim copy of an article previously published by the disreputable Daily Buzz Live web site. A similar claim was also previously published by NotAllowedTo.com, a web site that carries a disclaimer stating that all their articles are for "entertainment purposes only."

McDonald's has not installed marijuana smoking pods at any of their Colorado locations. And while we're on the topic of marijuana and fast food, we'll note that KFC has not obtained a license to sell marijuana either.