Did a Man Photobomb Mitch McConnell With a Thumbs-Down Gesture While They Voted?

This isn't exactly what we mean when we refer to a "photo booth." 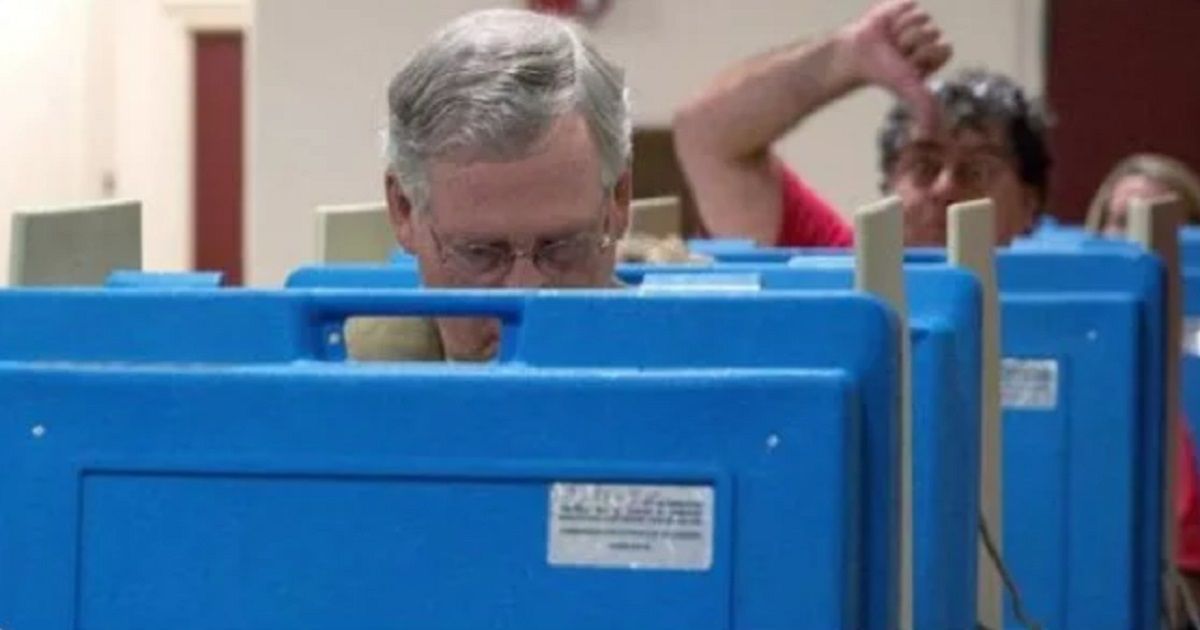 Claim:
A photograph shows a man giving Mitch McConnell a thumbs-down from the voting booth.
Rating:

On the night of the U.S. midterm elections on 6 November 2018, many social media users shared a photograph which purportedly showed a voter expressing his displeasure with Senate Majority Leader Mitch McConnell by giving him a thumbs-down from the voting booth: This was a genuine photograph of a voter photobombing McConnell with a thumbs-down gesture, although it was snapped during the midterm elections in 2014, not 2018.

This picture was taken by Aaron Bernstein on 4 November 2014 at Bellarmine University and is available via Getty Images along with the following caption:

A video also captured the incident from another angle:

Kulp, Patrick.   "Mitch McConnell Voted Today, And All We Got Was This Perfect Photobomb."
Mashable.   4 November 2014.