The Senate majority leader said that the pro-Trump mob that stormed the U.S. Capitol had been "fed lies." 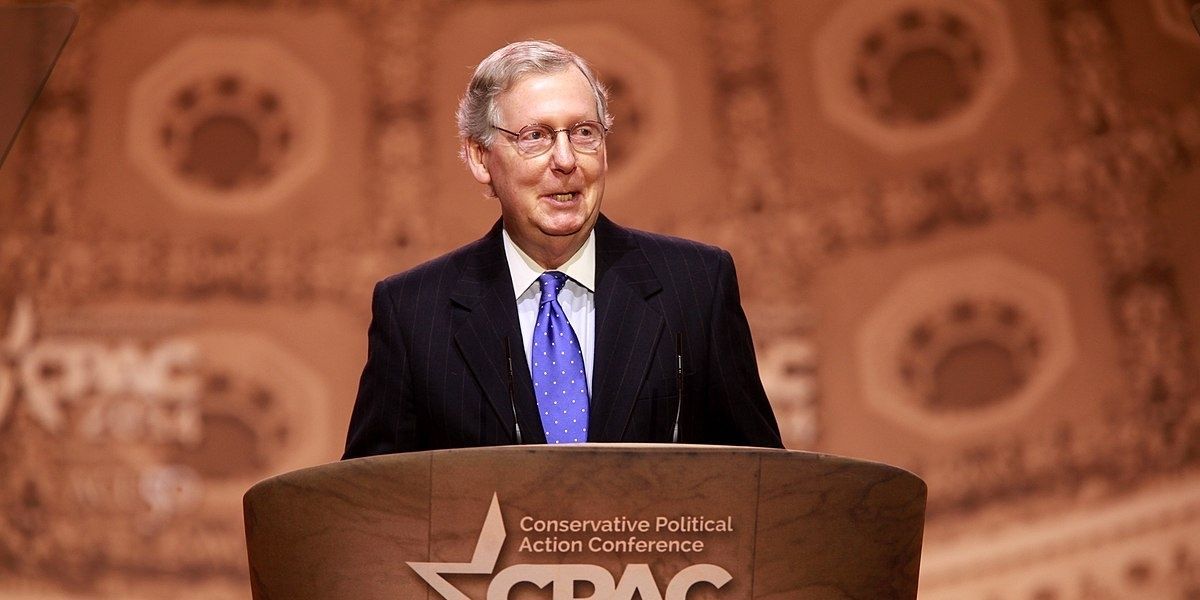 On Jan. 6, 2021, a pro-Trump mob stormed the U.S. Capitol. In the following days, the House of Representatives voted to impeach U.S. President Donald Trump — his second impeachment — on the charge of "incitement of insurrection," stating that Trump's fraudulent claims about voter fraud in the 2020 election sparked the violence. This is a genuine statement from McConnell.

McConnell, a Republican, laid the blame for the riot on Trump, saying that the mob was "fed lies," and that they were "provoked by the president and other powerful people." You can view Senate majority leader's statement below:

McConnell's statement came as a surprise to some.

Trump has had the support of the Republican party, generally speaking, throughout his four years as president. When Trump was impeached the first time, for instance, the vote was largely split among party lines, with only one Republican senator— Mitt Romney — voting to convict Trump on the charge of abuse of power. Trump's second impeachment has received more bipartisan support (it was the most bipartisan impeachment in history) with 10 Republicans in the House of Representatives voting for impeachment. The Senate has not voted yet, but if McConnell's statement is anything to judge by, it seems likely that more Republican senators will vote to convict Trump this time around.

McConnell's statement was also criticized on social media by those who felt the majority leader was attempting to "whitewash" his own involvement in legitimizing Trump's voter fraud claims. McConnell, for instance, supported early legal disputes into the 2020 election and did not recognize President-elect Joe Biden's victory until more than a month after the election: