Did McConnell Say Democrats 'Shall Have No Victories'?

The remarks attributed to the Senate majority leader were not entirely implausible based on his past pronouncements. 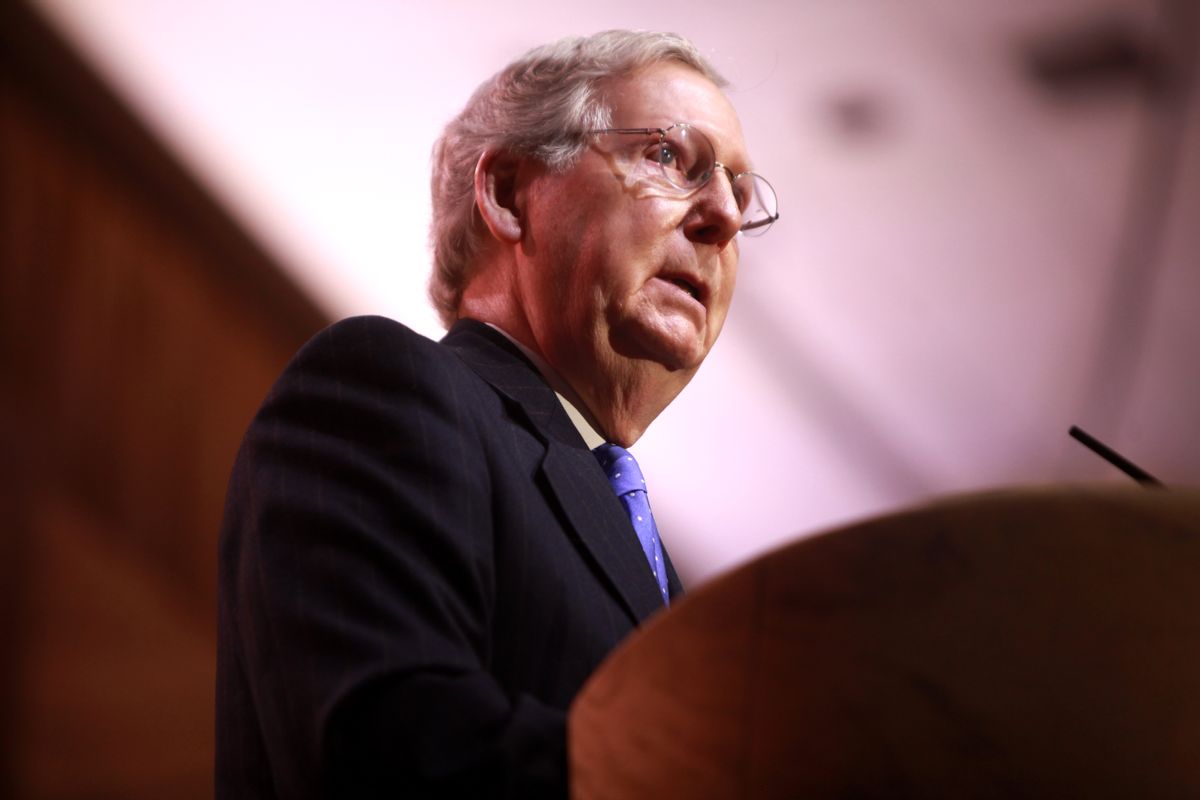 Claim:
In December 2020, U.S. Senate Majority Leader Mitch McConnell vowed to block Democratic legislative efforts, saying, "Even if I feel it's a good bill. They shall have no victories."
Rating:

In late December 2020, as U.S. President Donald Trump entered the final month of his presidency and Washington, D.C., prepared for the incoming administration of Joe Biden and the 117th Congress, left-leaning and moderate Republican commentators online shared a quotation attributed to Senate Majority Leader Mitch McConnell. The quotation presented the Kentucky Republican, by his own admission, opposing Democratic legislative efforts on purely partisan grounds.

BREAKING NEWS. Dateline 12/25/20 Louisville. Kentucky Colonel and Senator, Mitch McConnell, in a small gathering of mega rich donors, reaffirmed his vow to block every bill from the Democrats. "Even if I feel it's a good bill. They shall have no victories. None," McConnell said. Although the tweet did not include any source, a link to a news report, details of how @OctoberFerguson came to acquire the quotation in question, or video or audio footage of McConnell uttering the remarks, it was shared widely on Twitter in ensuing days and formed the basis of several inquiries from Snopes readers.

Among the more prominent accounts to promote the tweet were the moderate Republican anti-Trump group the Lincoln Project and the renowned author Stephen King.

However, the quotation attributed to McConnell was bogus, and the tweet was false. Its author, @OctoberFerguson, later described it as a "parody."

Even without that clarification, good reason existed to doubt the authenticity of the remarks attributed to McConnell, including: the absence of details about exactly where and when McConnell had supposedly made the vow; the absence of sources or evidence from the tweet; the fact that no reputable news outlet had corroborated the claim; and the nature of the source itself — a relatively little known anonymous Twitter account whose profile contains the description "Anti-GOP," rather than a reputable journalist or news outlet.

However, the remarks attributed to McConnell were not entirely implausible based on his past pronouncements. In an October 2010 interview with National Journal, McConnell said: "The single most important thing we want to achieve is for President Obama to be a one-term president."