Did the Company That Makes McFlurry Machines Get Hit with a Restraining Order?

Gizmodo captured a development in a "right to repair" lawsuit with the McHeadline "McFlurry Machine Company Just Got Hit With a McRestraining Order." 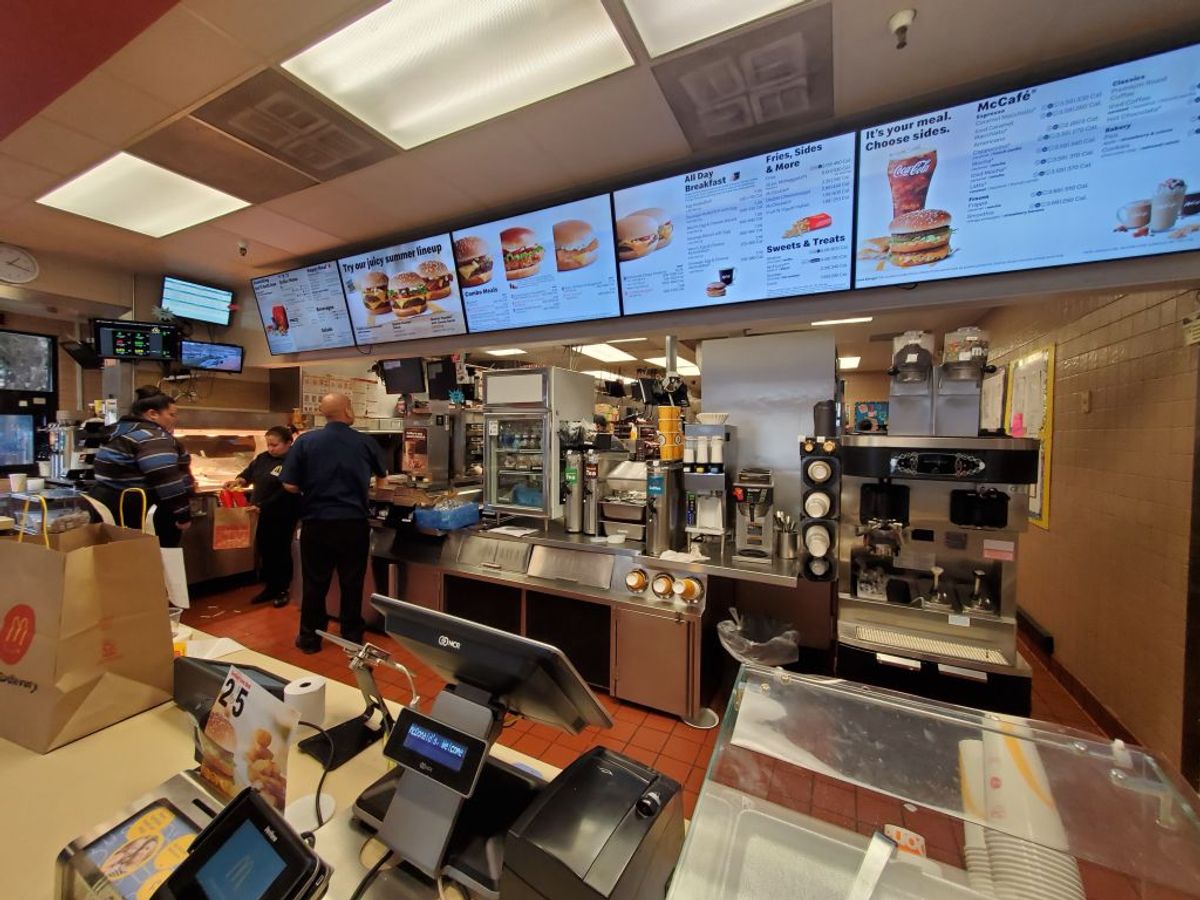 Claim:
The company that manufactures McDonald's soft serve ice cream and McFlurry machines was hit with a restraining order on behalf of a company that makes tools used to repair them.
Rating:

A lawsuit between the company that makes McFlurry machines and a company that manufactures a third-party diagnostic tool for them is part of a broader "right to repair" battle.

A company that manufactures a device that diagnoses problems in McDonald's notoriously finicky McFlurry machines, Kytch, won a temporary restraining order in their lawsuit against Taylor, the company that exclusively manufactures those machines for the fast-food giant.

As Gizmodo reported on Aug. 9, 2021, a judge awarded the order "after Kytch had alleged in a complaint that the McFlurry machine manufacturer had gotten its hands on a Kytch Solution Devices with the express intention of learning its trade secrets."

Taylor digital ice cream machines ... are standard equipment in more than 13,000 McDonald’s restaurants across the US and tens of thousands more worldwide. … Thanks to a multitude of questionable engineering decisions, they’re so often out of order in McDonald’s restaurants around the world that they’ve become a full-blown social media meme.

After years of studying this complex machine and its many ways of failing, O’Sullivan remains most outraged at this notion: That the food-equipment giant Taylor sells the McFlurry-squirting devices to McDonald’s restaurant owners for about $18,000 each, and yet it keeps the machines’ inner workings secret from them. What's more, Taylor maintains a network of approved distributors that charge franchisees thousands of dollars a year for pricey maintenance contracts, with technicians on call to come and tap that secret passcode into the devices sitting on their counters.

As a cheaper solution to the problem of chronically broken McFlurry makers, O'Sullivan and his partner Melissa Nelson began selling a machine named a Kytch Solution Device that, as described by Wired, "hacks your hostile dairy extrusion appliance and offers access to its forbidden secrets." In filing for the restraining order, Kytch had alleged that Taylor had been in the process of creating its own version of the device. The order mandates that Taylor "not use, copy, disclose, or otherwise make available in any way information, including formula, pattern, compilation, program, device, method, technique, or process obtained by any of" the Kytch Solution Devices in their possession.

While the case, described by Wired in April as a "a two-year-long cold war … that is only now turning hot," is far from over, the restraining order is an important victory for Kytch. As such, the claim presented in Gizmodo's headline that "The McFlurry Machine Company Just Got Hit With a McRestraining Order," is True.