What will they think of next? Ketchup protocols? 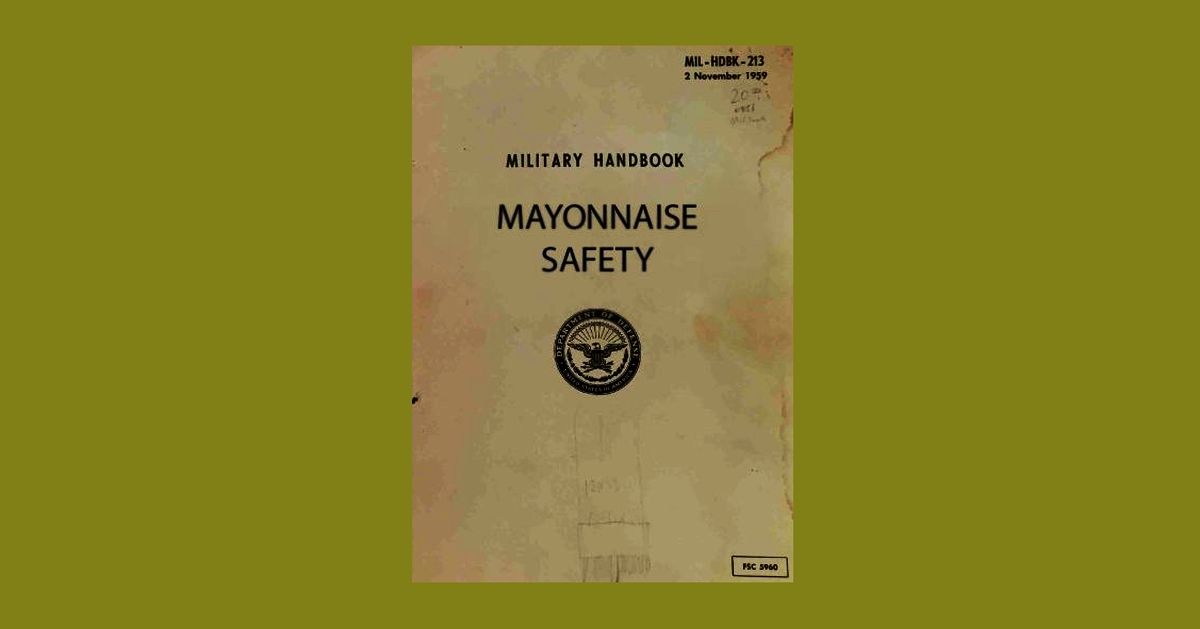 In August 2022, a photograph popped up on Twitter that showed what appeared to be a vintage, well-worn U.S. Department of Defense handbook entitled "Mayonnaise Safety." A number of commenters scoffed, and rightly so. The photograph, which had already been in circulation for a few years when the Twitter user Jason Colavito shared it, is a digital fake. (We found an older — and since deleted — posting of it in a conversation on Quora.com entitled, "What's the Dumbest Thing You've Heard Someone in Uniform Say?")

A few clues on the cover itself gave the photograph away as fake. The military handbook number and date at the top right, "MIL-HDBK-213, 2 November 1959," led us straight to a listing on the bookseller website AbeBooks for a matching publication, except the title was "Electron Tubes, Interchangeability Directory." In fact, it was immediately apparent from the photograph in that listing that it was the source image used to create the fake "Mayonnaise Safety" cover.

Moreover, the Federal Supply Classification (FSC) code at the bottom right of the cover, "FSC 5960," matches that of "Electron Tubes and Associated Hardware" in a U.S. Army cataloguing database.

In addition to physical copies of the original handbook offered for sale by online booksellers (get 'em while they're hot), a digitized version of the 1963 edition of the same publication (renumbered MIL-HDBK-213A and entitled "Electron Tubes, Cross Index and Type Identification") is available in full courtesy of the Internet Archive.