One of the false claims was that Mayim Bialik had endorsed CBD gummies. 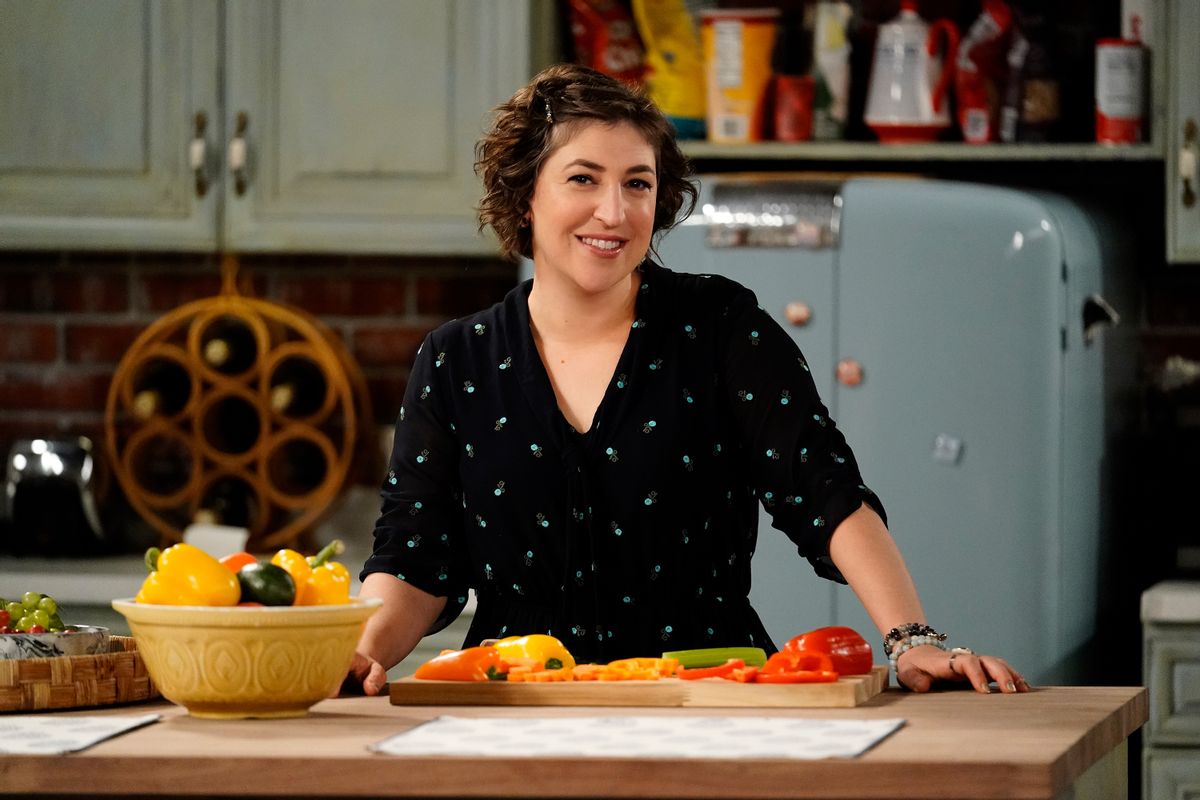 Claim:
Allegations against Mayim Bialik "have been confirmed." Also, she has endorsed CBD gummies.
Rating:

Online ads claimed that allegations "had been confirmed" against actor and "Jeopardy" host Mayim Bialik. Clicking those ads led to fake CBD gummies endorsements that featured her image and likeness. The truth was that there were no allegations and she never endorsed any CBD gummies products.

In early March 2022, we reviewed false and scammy online ads that claimed there was news of "allegations" against actor and "Jeopardy" host Mayim Bialik that had been "confirmed," as well as a fake Fox News article that said she had endorsed Premium Jane CBD gummies that could help to "reverse dementia." The story was made to appear like a real Fox News article but was not created by the company. The ad and article appeared to have been created in China.

One week after our fact check was published, Bialik addressed the rumors on her Instagram page:

On March 21, she wrote: "Hi everyone. So... awkward: there are many untrue things floating around the internet about many public figures, but I want to address one about me that looks very authentic but is indeed a hoax. I am not selling CBD Gummies of any kind and do not plan to do so at any point in the future. I have tried to get this removed to no avail. It's not real."

One of the ads with Bialik's picture read: "Allegation [sic] Against Mayim Bialik Have Been Confirmed."

The claim that "allegations against Mayim Bialik have been confirmed" is false.

Another ad claimed to be from Fox News and had the words, "we say goodbye," with the following text: "Allegation [sic] Against Mayim Bialik Have Been Confirmed." It also read: "'Jeopardy' fans are up in arms over the allegations pending against Mayim Bialik. Here is all the information..." Another one of the false ads.

Upon clicking the false ads about unspecified allegations against Bialik, we were led to pages on denuvo.fun and kushlystore.uk.com that appeared to resemble the Fox News website, but in reality, had nothing to do with Fox News. This lookalike tactic was a strategy by the website creators to fool readers into believing it was legitimate. According to records, denuvo.fun and kushlystore.uk.com were registered on a Chinese web domain registrar less than one month earlier. This was not a real Fox News article. It was hosted on denuvo.fun, which was registered on a Chinese web domain registrar.

The fake Fox News article on denuvo.fun and kushlystore.uk.com were only visible to readers who clicked the ad. Any attempt to copy and paste the same link to the story without the ad's referral code at the end of it resulted in the page showing a fake online store called Bodega. For example, if the website was "denuvo.fun/?fbclid=123example," and the code "?fbclid=123example" was removed from the link, it would show the fake online store instead of the fake Bialik endorsement. This was an attempt by the website creators to cloak the fake Bialik endorsement from the eyes of anyone who might be investigating it.

The article about Premium Jane CBD gummies used Bialik's image and likeness and mentioned nothing about any allegations being "confirmed." The mention of allegations was nothing more than misleading clickbait.

The byline for the story showed the name for Fox News personality Brit Hume. The article claimed that Bialik was interviewed by Fox News host Martha MacCallum and that the pair had a "heated" exchange. According to the bogus story, Bialik's insistence on endorsing Premium Jane CBD on the show led to MacCallum wanting her to be "indicted." The article also featured a fake quote from fellow Fox News host Tucker Carlson that read: "Premium Jane CBD has completely changed my life and it's clear that MacCallum is attempting a coup."

According to Google Trends, her image and likeness may also have been appearing elsewhere. A search for Bialik's name led to mentions of Kushly CBD, Green Otter CBD Gummies, Clinical CBD Gummies, and Smilz CBD Gummies.

The misleading article that was written to look like it came from Fox News, but in reality had nothing to do with the company, read as follows:

(Fox) - In an Exclusive Interview, Mayim Bialik, American famous Doctor of Neurology and Actor reveals that the show will be ending after her latest business sparks tension with Martha MacCallum.

During a heated episode last week, American famous Doctor of Neurology and Actor Mayim Bialik made headlines after revealing her new CBD line on Live TV. Martha MacCallum was outraged saying she will be filing a lawsuit against Mayim Bialik and Fox for violating her contract and 'scaring-off' sponsors. Mayim Bialik responded with this:

"I know Martha is just coming after my timeslot. I am not giving in to 'Cancel Culture'. When I started this whole thing back in 2018, it really was just a part time passion project and a way for me to give back. After being given so much, I figured there was no better time to make Premium Jane CBD available to everyone, as it can help thousands of people experience life pain-free and live much happier lives."

Her product, Premium Jane CBD, has been flying off the shelves within minutes and Mayim Bialik says her number one struggle as CEO is being able to keep up with demand. Her CBD wellness line is 90% cheaper and five times more effective than those being offered by Bayer and other "Big Pharma" companies.

Marthan MacCallum was furious after seeing multiple sponsors sue Fox News Network. Martha is now calling for Mayim Bialik to be indicted, saying: "I am happy Mayim Bialik found something to replace prescriptions, but her announcement was a direct breach of contract. Fox News should fire her immediately and she should formally apologize."

Mayim Bialik appeared on Live TV again the next day, not to apologize, but to offer viewers discounted samples.

"I'm not going to let Martha MacCallum intimidate me - it's clear she is just doing this for attention," Mayim Bialik fired back during her appearance. "My product, Premium Jane CBD, has helped me my family not just cope with our what ails us but to thrive! I am so confident in it that I'm offering discounted samples to everyone. Premium Jane CBD is the product of thousands of hours of research and development. I wouldn't talk about something on air I don't believe in and give to my family."

Mayim Bialik eventually admitted that although Martha MacCallum is enraged, other Fox hosts has been supportive of her. Tucker Carlson even went on Live TV to say that: "Premium Jane CBD has completely changed my life and it's clear that MacCallum is attempting a Coup."

"Users of Premium Jane CBD are experiencing results that before now were only possible through prescription medication. It's obviously a much cheaper, and safer alternative and because of that pharmaceutical companies are finding it harder to keep patients using their prescriptions."

Online reports of amazing results got us curious about Premium Jane CBD so we did some research — here's what we found. This fake DVD purchase page attempted to mask the unauthorized CBD endorsement for anyone who attempted to investigate the page.

According to The New York Times, actor Clint Eastwood once sued and won a $6.1 million lawsuit after a Lithuanian company "was accused of using Mr. Eastwood's image and likeness to make it appear as though he was endorsing their products."

We contacted the Premium Jane CBD gummies company on March 9, reaching out to the support email address listed on its website. We asked about its privacy policy, which listed a mailing address in Scottsdale, Arizona, and if the company was aware of the websites that hosted the fake article. We also inquired about the name Premium Jane CBD and wanted to know if the product went under multiple names. This tactic, if it was being used, would allow the product to keep being sold, even if one of the names received negative reviews or bad press. Premium Jane CBD did not respond within five days.

In sum, Bialik did not have any allegations against her "confirmed," nor did the "Jeopardy" host endorse Premium Jane CBD, Kushly CBD, Green Otter CBD Gummies, Clinical CBD Gummies, and Smilz CBD Gummies.

Note: Bialik has shared hosting duties on "Jeopardy" with Ken Jennings. Jennings' name did not appear in the misleading ads or fake endorsements.

On March 23, 2022, this story was updated to add a statement from Mayim Bialik that addressed the false rumors.