Did Maxine Waters Call for an 'Illegal Immigrant' to Be the Next Supreme Court Justice?

A hyperpartisan Facebook page shared an edited image from a real interview by the California congresswoman. 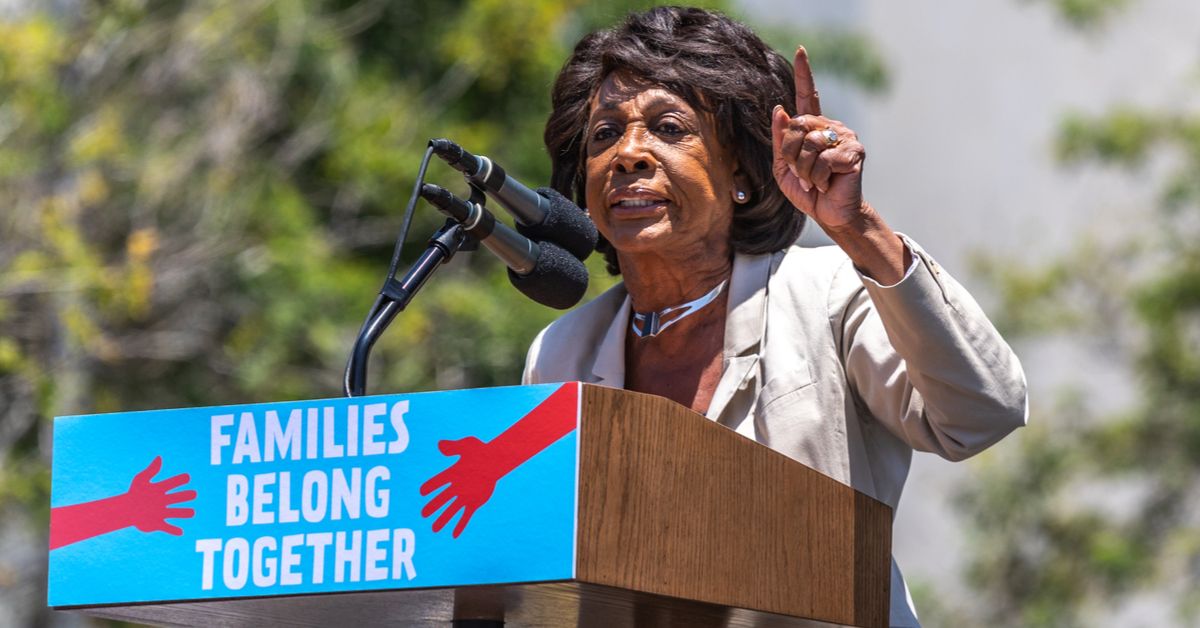 Claim:
Congresswoman Maxine Waters called for the next U.S. Supreme Court Justice to be an "illegal immigrant."
Rating:

Amid heightened political tensions over immigration issues in mid-2018, Democratic congresswoman Maxine Waters of California became the target of significant ire and ridicule among some supporters of President Donald Trump and his "zero tolerance" immigration policy which calls for the prosecution of all individuals who illegally enter the United States.

Outrage over the policy, which has seen thousands of children forcibly separated from their immigrant parents at the U.S. border with Mexico, spilled over in June 2018 and spawned a number of incidents in which protesters picketed and confronted officials associated with the policy and the Trump administration.

Protesters heckled Homeland Security secretary Kristjen Nielsen as well as senior Trump policy adviser Stephen Miller (one of the architects of the immigration policy) at Mexican restaurants in Washington D.C., and the owner of a Lexington, Virginia, restaurant asked White House press secretary Sarah Huckabee Sanders to leave her establishment.

These incidents prompted a broader debate about civility and confrontation in American politics in which Waters intervened on 23 June when she encouraged supporters at a rally in Los Angeles to confront Trump administration officials in public places, including businesses such as restaurants and gas stations. Waters' remarks prompted a controversy of their own, with some critics accusing her of incitement to violence, and Republican Congressman Steve Scalise — who was shot by an angry left-wing gunman in June 2017 — was among those who condemned her comments.

On the heels of this brouhaha came the announcement by Supreme Court Justice Anthony Kennedy of his imminent retirement, paving the way for President Trump to nominate a new justice whose ideological leanings could influence decisions on major issues likely to come before the court in the near future.

A hyperpartisan Facebook page combined these two political controversies in one meme which falsely suggested that Waters had called for an "illegal immigrant" to be appointed as the next U.S. Supreme Court Justice.

On 28 June 2018, the "Trump Nation" Facebook page posted what appeared to be a screenshot of a CNN interview with Waters, above a chyron reading "WATERS: SCOTUS PICK SHOULD BE ILLEGAL IMMIGRANT and a ticker seemingly quoting Waters as stating that "It's the only way the Democrats can ever win again." The "Trump Nation" post was accompanied by the comment "... and this is why WE don't watch CNN... They are bat shit crazy! SHARE if you agree ...": The image was a fake, however. Waters never called for an "illegal immigrant" to replace Kennedy on the Supreme Court, and the screen capture was digitally altered to falsely make it appear that she did.

The screenshot appears to have been taken from a 24 October 2017 CNN interview with Waters, in which she explained earlier remarks she had made in which she vowed to "take Trump out." The similarities between the original video and the "Trump Nation" meme are obvious, including Waters' attire and jewelry as well as the cloud formation visible in the background: