The toy company is encouraging more kids to go into STEM fields. 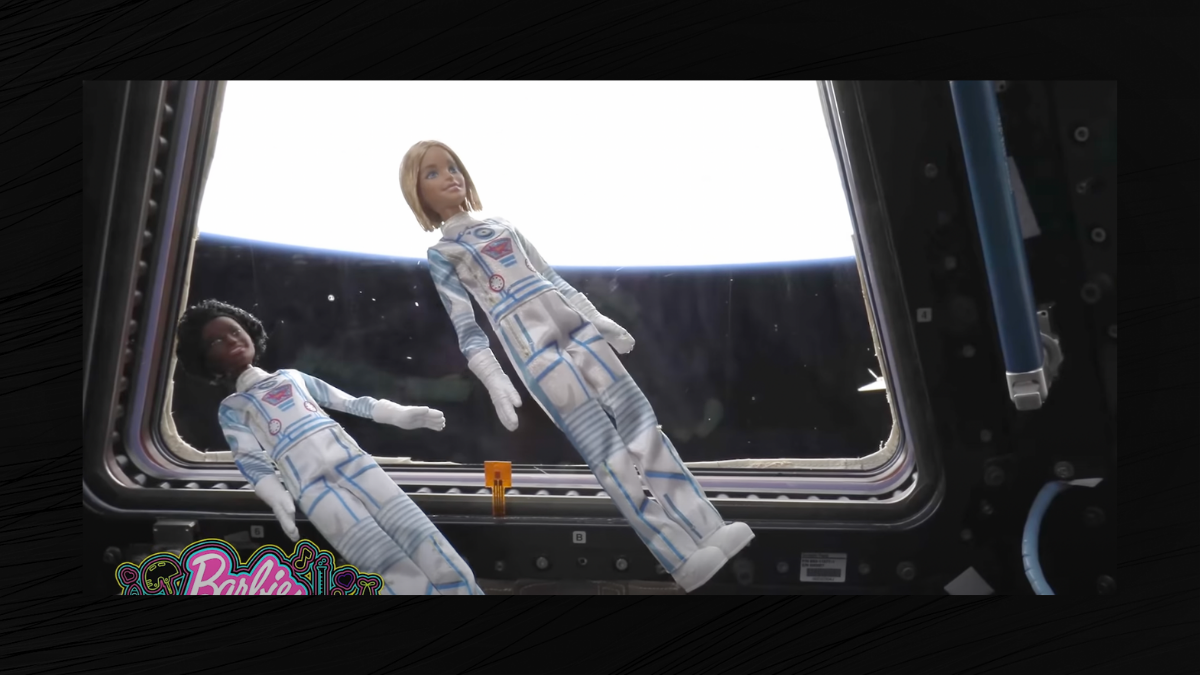 Claim:
Mattel sent Barbie dolls to the International Space Station (ISS) in 2022, as part of its efforts to encourage more young people to go into STEM-related fields.
Rating:

Toy company Mattel has sent Barbie to space, part of an effort that they say is to encourage more children to enter STEM-related fields. The company made the announcement in mid-April 2022, revealing that two of the fashion dolls had been onboard the International Space Station (ISS) since February 2022.

In a video, the dolls can be seen floating in the ISS with NASA astronauts, and visiting the Veggie plant growth facility. Astronaut Kayla Barron gives a tour of the ISS in the video.

"Barbie has a long history with space exploration, having introduced an astronaut doll in 1965 before humans even stepped foot on the moon, so the idea of Barbie going to space has been top of mind for a while!" said Lisa McKnight, executive vice president and global head of Barbie and dolls at Mattel. "With the launch of our Space Discovery line at Target, this year presented the perfect opportunity to create this milestone moment and finally send Barbie to space and the ISS."

"Barbie's shimmery spacesuit, helmet and gloves incorporate nods from real life spacesuits seen on the ISS, with signature pink accents. We're excited that kids will be able to play with Space Discovery dolls just like the ones in orbit to make their doll play even more imaginative,” McKnight continued.

The dolls are expected to return to Earth this summer, when they will be put in an exhibit at the Smithsonian’s National Air and Space Museum. Later in April, a Barbie modeled on European Space Agency (ESA) astronaut Samantha Cristoforetti will be launched into space with her real life counterpart.

"The Barbie purpose has always been to remind girls that they can be anything. By offering an inside look at the ISS through real life astronauts, Barbie is proud to encourage kids to consider careers in aerospace and STEM," McKnight said.