Attention turned to gun-violence prevention measures in the wake of a spate of mass shootings in the U.S. in August 2019. 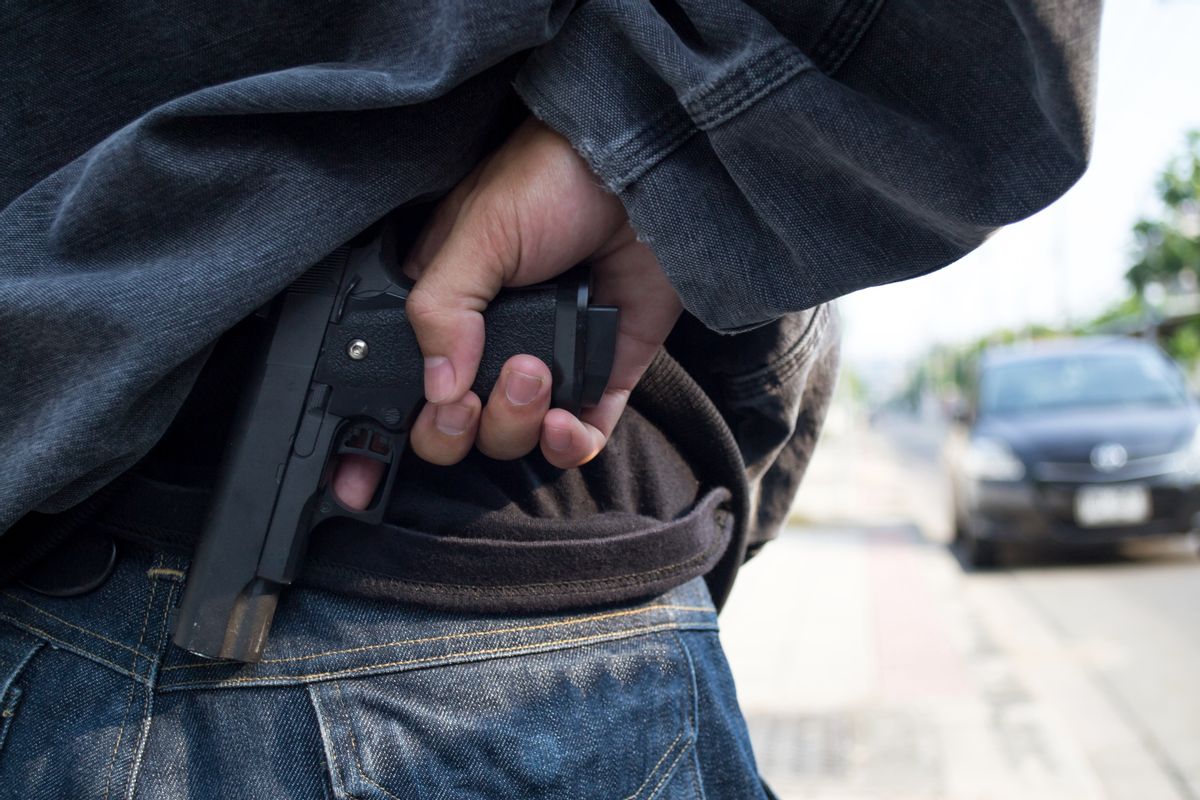 Claim:
Massachusetts has certain strict gun-ownership requirements and the lowest rate of gun deaths in the United States.
Rating:

Massachusetts requires gun-license applicants to provide character references; first-time applicants must complete a one-day safety training course; and many police departments require an in-person interview before approving license applications. Massachusetts regularly has either the lowest or second-lowest rate of gun deaths in the United States.

In 2017, the most recent year for which data is available, Massachusetts had the second-lowest rate of gun deaths, but data for 2018 and 2019 are not yet available. The gun-license requirements set out in the meme do not necessarily apply to all applicants.

After a spate of mass shootings in early August 2019 in the United States, gun violence once again became a major topic of political debate in the country, and many expressed their views on potential solutions to the problem. The left-leaning Facebook page Occupy Democrats suggested that tighter gun-ownership regulations could help to reduce levels of firearms-related fatalities.

On Aug. 7, the page posted a meme that claimed:

"In Massachusetts, to buy a gun you have to take a four-hour gun safety course, get character references from two people, and have a one-on-one interview with a police officer. Oh, and it has the lowest gun death rate in America. Let's do this everywhere."

We received inquiries from readers about the accuracy of that two-part claim. On the whole, the Occupy Democrats meme had a high degree of accuracy.

Elements of the meme appeared to have been copied from a Facebook post earlier on Aug. 7 by U.S. Sen. Edward Markey, D-Mass. The meme itself was accompanied by text that read:

"'Adjusted for age and population, the gun fatality rate in Massachusetts for 2016 was the lowest in the U.S. And that’s how it’s been for most of the last 30 years, although sometimes another state, like Hawaii, which also has very strict gun laws, ends up with a slightly lower rate.'"

That text is actually a quotation taken from a May 6, 2018, article published by the Huffington Post, which went on to provide the following disclaimer:

"Just how much that low rate has to do with the state’s gun laws is a matter of ongoing debate, even among experts. Pretty much any legitimate study is going to rely on assumptions that will be open to valid criticism; separating out cause and effect can be virtually impossible. But the available research provides a good reason to think Massachusetts laws in general and the permit system in particular have made violence less likely."

This fact check won't attempt to rule on the validity of any claim that relatively strict gun regulations in Massachusetts are the primary or exclusive cause of that state's purportedly low rate of firearms-related deaths, merely whether both factors are present there.

Massachusetts state law certainly contains comparatively stringent requirements for obtaining and renewing firearms licenses, as well as purchasing and carrying firearms, and the claims made in the Occupy Democrats meme were largely accurate.

In Massachusetts, anyone who wishes to purchase or carry a firearm must obtain a firearms license, of which there are two kinds: a license to carry and a firearms identification card (FID), the latter of which relates to rifles and shotguns. Applications for firearms licenses are processed by local police forces, and a 2014 state law gave law-enforcement agencies relatively wide authority and discretion to deny license applications, through a court process, where a license applicant poses a demonstrable risk to public safety.

All first-time applicants for a license to carry or an FID must complete a one-day MA Certified Firearms Safety Course or a Basic Hunter Education Course, as part of the application. So the meme's claim is accurate as regards first-time license applicants, but not for those who already have one, who are not required to undergo training every time they wish to purchase a new gun, for example.

Furthermore, all applicants (whether first-time applicants or those applying to renew their firearms license) must provide two character references, as outlined in the state-issued "LTC/FID/Machine gun application," which can be viewed here. The meme is accurate in this regard.

Finally, Massachusetts state law does not oblige a "licensing authority" (typically a police force) to require an in-person interview with license applicants, but many police forces, including the largest in the state, Boston's, do require such an interview. So that obligation is not prescribed in law, but is a practical necessity for many firearms-license applicants, which partially vindicates the meme's claim in this regard.

This was true in 2016, as the Huffington Post article (which Occupy Democrats indirectly cited as its source) outlined, though not quite accurate in 2017.

The Centers for Disease Control and Prevention (CDC) tracks gun deaths (along with many other cause of death) in each state every year. The CDC also calculates gun death rates in each state every year — that is, the number of firearms-related deaths per 100,000 people living in the state, after taking into account and standardizing age distributions across states. In its standard measure of gun deaths, the CDC counts all forms of firearms fatalities including homicides, suicides and accidental discharges.

In 2016, Massachusetts had the lowest age-adjusted gun death rate in the country, with 3.4 fatalities per 100,000 people. Rhode Island, New York, Hawaii and Connecticut had the next-lowest death rates, while Alaska, Alabama and Louisiana had the highest rates of gun deaths in the U.S., with 23.3, 21.5 and 21.3 fatalities per 100,000 people, respectively: The chart below shows the age-adjusted gun death rate of every state, taking into account all gun deaths between 1999 and 2017. Massachusetts had the second-lowest gun death rate over that 19-year period, behind Hawaii. Louisiana, Alaska, the District of Columbia and Mississippi had the highest: Although the Occupy Democrats Facebook post clearly specified that the basis of the claim in the meme were the figures for 2016, a year in which Massachusetts did indeed have the lowest gun death rate in the country, the meme itself did not make that clear.

Taken on its face, the meme was claiming that Massachusetts had the lowest rate of gun deaths in either 2019 (the year in which it was posted) or 2018 (the most recent full year). The state may well ultimately be shown to have the lowest rate of gun deaths in the country during those years, but CDC data for 2019 and 2018 will not be available until 2021 and 2020, respectively.

On the whole, the Occupy Democrats meme was highly accurate, though not perfectly so. Therefore, we are issuing a rating of "Mostly True."