The Massachusetts Supreme Judicial Court cited "a pattern of racial profiling of blacks in the city of Boston," but they didn't make it broadly legal to flee from police. 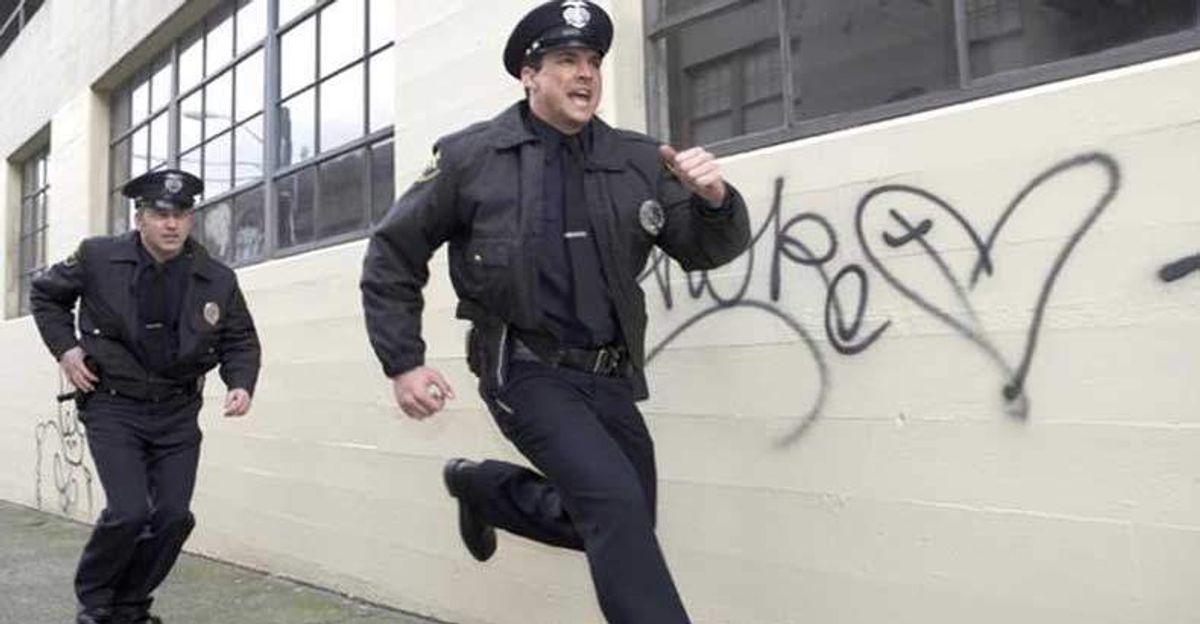 Claim:
A Massachusetts judge passed a law making it legal for black men to run from police because they are at risk of being racially profiled.
Rating:

The highest court in Massachusetts cited a "document[ed] pattern of racial profiling of black males in the city of Boston" as cause for black men to be disinclined to interact with officers.

The ruling didn't explicitly state or establish as law that "black men ... have good reason to run from police."

In what later became a viral (and frequently misinterpreted) ruling, in September 2016 the Massachusetts Supreme Judicial Court cited "a pattern of racial profiling of black [men] in the city of Boston" as reason in part not to view one defendant's avoidance of a police encounter as inherent justification for a stop and seizure.

As described in news accounts, Jimmy Warren was arrested on 18 December 2011 by police who were investigating a break-in in Roxbury:

Police had been given a description of the suspects as three black men — one wearing a “red hoodie,” one wearing a “black hoodie” and the other wearing “dark clothing.” An officer later spotted Warren and another man (both wearing dark clothing) walking near a park. When the officer approached the men, they ran. Warren was later arrested and searched. No contraband was found on him, but police recovered an unlicensed .22 caliber firearm in a nearby yard. Warren was charged with unlawful possession of a firearm and later convicted.

A motion to suppress in Commonwealth vs. Jimmy Warren was originally denied in an appeal to the Boston Municipal Court, Roxbury Division. A pretrial motion filed by Warren's counsel sought to suppress the entering into evidence of the firearm found on Warren by police. Lower court appellate judges initially disagreed as to whether Warren's running away was by itself "a reasonable suspicion justifying the officer's stop of the defendant. The Municipal Court's decision noted that Warren was "not charged with the breaking and entering that precipitated [the recovery of a firearm]."

In short, Warren's subsequent involvement with the court was based on the seizure of a firearm in a police encounter of questionable justification. Warren's motion to suppress the gun was denied, he appealed, a majority of the appellate court judges affirmed that the "motion to suppress was properly denied":

In this case, the facts, examined in combination, compare favorably to those in stops that have been upheld by the courts. See, e.g., Commonwealth v. Depina, 456 Mass. at 245-247. To make an investigatory stop based on a physical description, the description cannot be so general that it would include a large number of people in the area where the stop occurs, nor need it be so particularized as to fit only a single person, provided other accompanying circumstances are present. See id. at 246-247. Here, as in Depina, the description of the perpetrators, together with the spatial and temporal proximity of the defendant and his companion to the scene of the home Page 483 invasion, the defendant's twice reversing direction and running away upon encountering the police, and the gravity of the crime under investigation gave rise to a reasonable suspicion that justified Officer Carr's stop of the defendant.

Boston news station WBUR reported that a higher court disagreed, finding that "police didn't have the right to stop Warren in the first place, and the fact that he ran away shouldn’t be used against him." The latter point was buttressed by the court's noting that “a pattern of racial profiling of black males in the city of Boston” should be taken into account:

Black men who try to avoid an encounter with Boston police by fleeing may have a legitimate reason to do so — and should not be deemed suspicious — according to a ruling by the Massachusetts Supreme Judicial Court.

Citing Boston police data and a 2014 report by the ACLU of Massachusetts that found blacks were disproportionately stopped by the city's police, the state’s highest court on Tuesday threw out the gun conviction of Jimmy Warren. In its ruling, the court made two major findings: The justices said police didn’t have the right to stop Warren in the first place, and the fact that he ran away shouldn’t be used against him.

On the second point, the court noted that state law gives individuals the right to not speak to police and even walk away if they aren’t charged with anything. The court said when an individual does flee, the action doesn't necessarily mean the person is guilty. And when it comes to black men, the BPD and ACLU reports “documenting a pattern of racial profiling of black males in the city of Boston” must be taken into consideration, the court said.

In a 20 September 2016 decision [PDF], the Massachusetts Supreme Judicial Court (not "a judge") held with respect to Warren's arrest that, at a baseline, citizens were not obligated to respond to a police officer's inquiry:

Where a suspect is under no obligation to respond to a police officer's inquiry, we are of the view that flight to avoid that contact should be given little, if any, weight as a factor probative of reasonable suspicion. Otherwise, our long-standing jurisprudence establishing the boundary between consensual and obligatory police encounters will be seriously undermined. Thus, in the circumstances of this case, the flight from [an officer] during the initial encounter added nothing to the reasonable suspicion calculus.

The ruling went on to cite recent data provided by the Boston Police Department suggesting black men were disproportionately targeted by police and might reasonably attempt to avoid contact with police in order to "to avoid the recurring indignity of being racially profiled," and those who avoided police contact could not necessarily be presumed to possess "consciousness of guilt":

As set out by one of the dissenting Justices in the Appeals court opinion, where the suspect is a black male stopped by the police on the streets of Boston, the analysis of flight as a factor in the reasonable suspicion calculus cannot be divorced from the findings in a recent Boston Police Department (department) report documenting a pattern of racial profiling of black males in the city of Boston ... citing Boston Police Commissioner Announces Field Interrogation and Observation (FIO) Study [Results] ... According to the study, based on FIO data collected by the department, black men in the city of Boston were more likely to be targeted for police-civilian encounters such as stops, frisks, searches, observations, and interrogations. Black men were also disproportionally targeted for repeat police encounters. We do not eliminate flight as a factor in the reasonable suspicion analysis whenever a black male is the subject of an investigatory stop. However, in such circumstances, flight is not necessarily probative of a suspect's state of mind or consciousness of guilt. Rather, the finding that black males in Boston are disproportionately and repeatedly targeted for FIO [Field Interrogation and Observation] encounters suggests a reason for flight totally unrelated to consciousness of guilt. Such an individual, when approached by the police, might just as easily be motivated by the desire to avoid the recurring indignity of being racially profiled as by the desire to hide criminal activity. Given this reality for black males in the city of Boston, a judge should, in appropriate cases, consider the report's findings in weighing flight as a factor in the reasonable suspicion calculus.

For the reasons stated above, the police lacked reasonable suspicion for the investigatory stop of the defendant. Therefore, we vacate the judgment of conviction and 20 remand the matter to the Boston Municipal Court for further proceedings consistent with this opinion.

The state’s highest court, in talking about people of color, it’s saying that their lives matter and under the law, their views matter. The reason that’s significant is that all the time in police-civilian encounters there are disputes about what is suspicious and what is not suspicious. So this is an opinion that looks at those encounters through the eyes of a black man who might justifiably be concerned that he will be the victim of profiling.

The Massachusetts Supreme Judicial Court unanimously ruled that in the case of Commonwealth v. Warren, defendant Jimmy Warren (approached by police due to a concurrent report of a break-in) did not behave in an inherently suspicious manner by attempting to evade that interaction. Moreover, the judges cited data "documenting a pattern of racial profiling of black males in the city of Boston" per a then-recent audit conducted by the Boston Police Department. The ruling stood as legal precedent with potential to influence future decisions, but it in no way established "a law" making it "legal" for "all black men" to "run from police." The court simply ruled in part that black men in Boston "might just as easily be motivated by the desire to avoid the recurring indignity of being racially profiled as by the desire to hide criminal activity."