Did 26 of the 27 Deadliest Mass Shooters Come from Fatherless Homes?

Remember the children's "telephone" game, whereby a message passed from one person to another ends up garbled in translation? 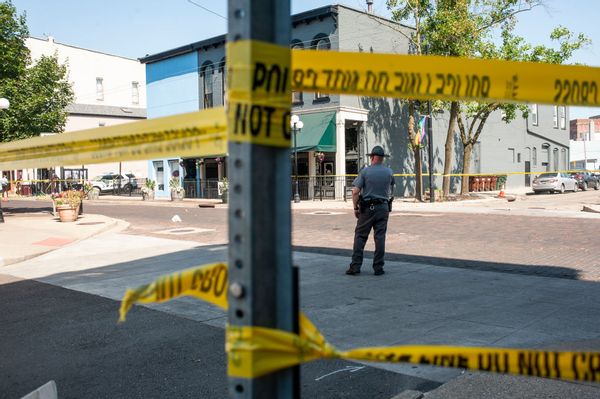 Claim:
Twenty-six of the deadliest 27 mass shooters in the U.S. came from fatherless homes.
Rating:

In August 2019, as the topic of mass shootings again gripped the United States after back-to-back massacres, numerous pundits and social media users attempted to suss out the reason why such attacks keep happening. Some blamed gun-control laws and a rise in white supremacy, while others laid the blame on mental illness, video games, a lack of thoughts and prayers, gay marriage, and fatherless households.

The latter assertion about fathers isn't uncommon. One supposed statistic often circulated after a mass shooting is that 26 out of the 27 deadliest mass shooters in the U.S. came from fatherless homes. On Aug. 5, Fox News played a clip of Dr. Warren Farrell offering this statistic before an interview:

This statistic is both outdated and incorrect.

The number is most often shared via a link to an article on Real Clear Politics. That article, however, is simply a blurb linking to a post on Patheos, which in turn cites heavily from an opinion piece by Suzanne Venker that was published on Fox News in February 2018. If we follow the trail a bit further, we arrive at a 2015 article in The Federalist about the impact fatherless homes may have on young men (and more specifically mass shooters).

On CNN’s list of the “27 Deadliest Mass Shootings In U.S. History,” seven of those shootings were committed by young (under 30) males since 2005. Of the seven, only one — Virginia Tech shooter Seung-Hui Cho (who had been mentally unstable since childhood) — was raised by his biological father throughout childhood.

When The Federalist first published the article, the most recent shooting listed in CNN's article, "27 Deadliest Mass Shootings in U.S. History," had occurred on June 17, 2015. Since then, 12 more mass shootings have been added to that list. The most recent mass-shooting suspect in the U.S., Connor Betts, who allegedly killed 10 people in Dayton, Ohio, on Aug. 4, 2019, was raised by both a father and mother.

We examined the original CNN list the Federalist article cited and attempted to find out if any of the other listed shooters was raised by a father. This information was not readily available from previous studies or databases, and newspaper records didn't always provide specific information about familial relations. Furthermore, it's unclear if the "fatherless" household claim would include stepfathers, adoptive fathers, or divorced parents. Because the Federalist article originally pointed to males under 30, it's also unclear if this "fatherless" examination should include mass shooters over the age of 30.

For the purposes of this article, we searched contemporaneous news reports to see if any of the shooters originally listed in CNN's "27 Deadliest Mass Shootings in U.S. History" article grew up in households with a father. We found that several of them did.

Seung-Hui Cho, a 23-year-old who killed 32 people at Virginia Tech in 2007, was raised by both a father and a mother. So was George Hennard, who killed 23 people in Killeen, Texas, in 1991; Charles Whitman, who killed 17 people at the University of Texas in Austin in 1966; Nidal Malik Hasan, who fatally shot 13 people at Fort Hood in 2009; Jiverly Wong, who killed 13 in 2009 in Binghamton, New York; and Aaron Alexis, who fatally shot 12 people at the Washington Navy Yard in 2013. James Huberty, who killed 21 people at a McDonald's in the San Ysidro neighborhood of San Diego, California, in 1984, was raised by a single father (and later a father and stepmother) after his biological mother abandoned the family.

In short, the claim that "26 out of the 27 deadliest mass shooters came from fatherless homes" is based on a misreading of outdated statistics. Furthermore, this claim was based on a list of the "worst mass shooting" incidents (what appears to be eight or more deaths), and so did not include all of the mass shootings in the U.S. As this list only represented a small portion of the total number of mass shootings as of the time it was compiled, it simply does not provide enough data to come to any conclusions about how a mass shooter is impacted by a fatherless home.