Did Mary Trump's Book Describe Finding Her Uncle in Bed with His Daughter?

Mary Trump said her book "is the story of the most visible and powerful family in the world, and I am the only Trump who is willing to tell it." 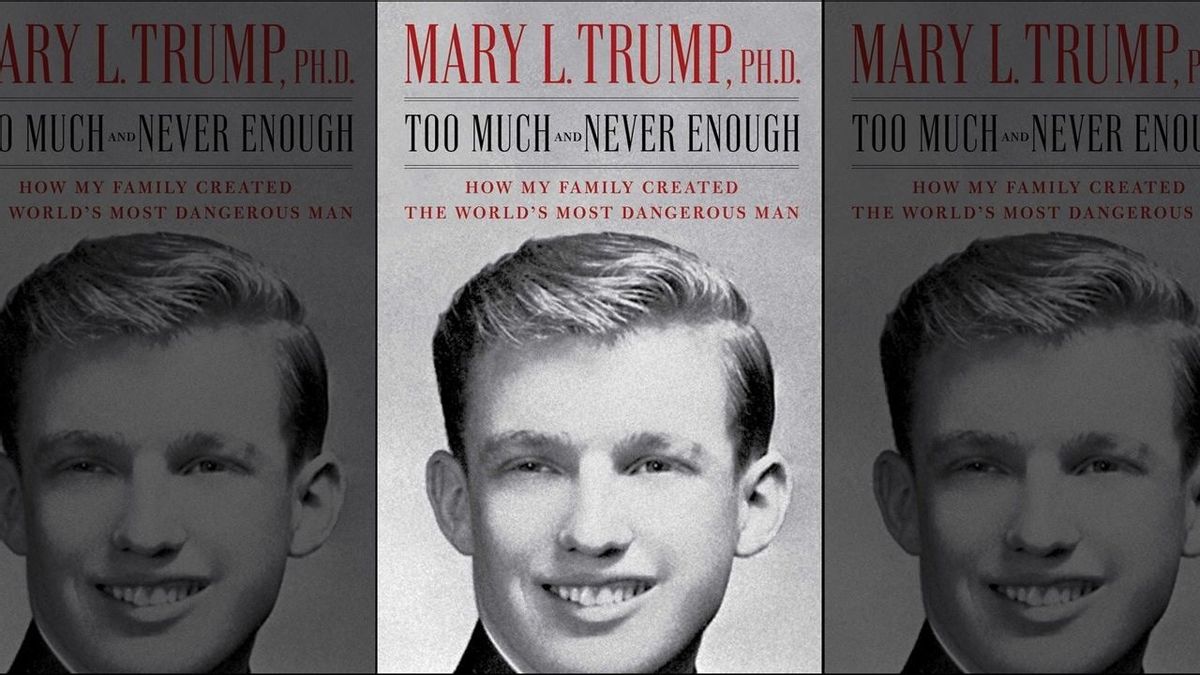 Claim:
Mary Trump's tell-all book describes her walking in on her uncle Donald in bed with his daughter Ivanka.
Rating:

The month of July 2020 saw the release of "Too Much and Never Enough: How My Family Created the World’s Most Dangerous Man,” a tell-all book by Mary L. Trump, the niece of U.S. President Donald Trump. Although Trump's younger brother Robert sought to block publication of the work, it was released ahead of scheduled by publisher Simon & Schuster on July 14, 2020.

While various news outlets obtained copies of the book and reported on its contents in advance of its publication, but "Too Much and Never Enough" proved to contain little new information that was truly shocking or surprising. Perhaps its most salacious revelation was Mary Trump's claim that her uncle had secretly paid someone to take the the SAT college-admissions exam in his place in order to ensure he recorded a high score.

Prior to the book's official release, social media users circulated a purported excerpt from it, a passage in which Mary Trump allegedly described inadvertently walking in on her uncle in bed with his daughter Ivanka: This "leaked" excerpt was nothing more than a prurient fabrication, however. Although Donald Trump has made a number of comments about his daughter that some observers have found unsettling, nothing remotely like what is described above appeared in Mary Trump's book. Certainly an occurrence so shocking would have been mentioned by news outlets that obtained pre-release copies of the book, but none of them did, and we also searched the ebook version of "Too Much and Never Enough" subsequent to its official release and found no description that came close to matching the one displayed above.

The only passage in the book we found that bore the slightest resemblance to the faux "excerpt" seen above — and it was a very slight resemblance — was the following paragraph:

“Shortly after, Donald came in with his kids and [his brother] Rob’s stepson. With the exception of Eric, they were all teenagers, the boys tall and chubby and wearing suits. Donald went to sit on the chair by the TV, and Ivanka climbed on his lap. The boys started wrestling. Donald watched the action from his chair, kissing Ivanka or pinching her cheek. Every once in a while, he’d stick his foot out and kick whichever boy was being pinned to the floor.”