Did a College Professor Label the Film 'Mary Poppins' Racist?

"Is this real or satire?" was a question posed in response to a wave of cultural controversy in February 2019. 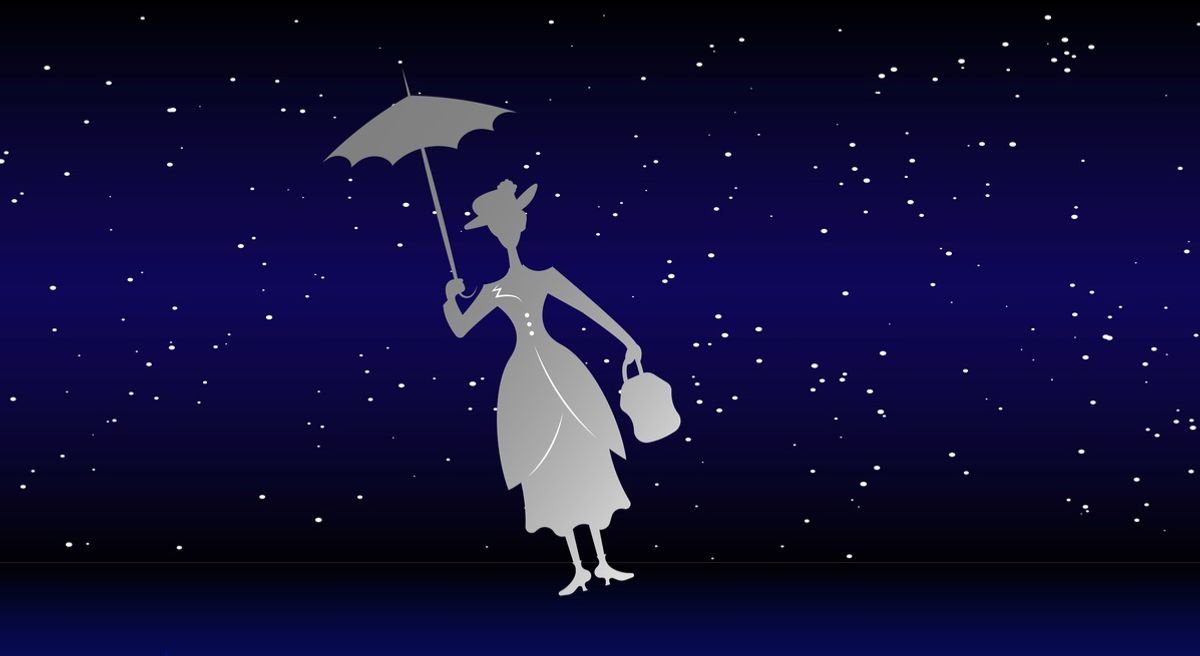 Claim:
Dr. Daniel Pollack-Pelzner, a professor of English literature at Linfield College, wrote an opinion column published in January 2019, in which he described elements of the 1964 film "Mary Poppins" as racist.
Rating:

In February 2019, news websites in the United States and throughout the world reported that a relatively little-known English professor in the Pacific Northwest had "branded" Disney's classic children's film Mary Poppins as racist. The London Evening Standard, for exaple, reported:

"The classic family film 'Mary Poppins' has been branded racist by a US academic who accuses Dame Julie Andrews of 'blacking up' with soot while dancing with chimney sweeps. In a piece for the New York Times, Professor Daniel Pollack-Pelzner criticises one of the film's iconic moments, when Mary Poppins joins Dick Van Dyke's Bert to dance on a rooftop for the classic song 'Step in Time.'"

"Classic Disney film Mary Poppins has been branded ‘racist’ by a university professor who believes the scene with Mary and Bert dancing with the chimney sweeps features blackface. In the 1964 film, Mary and Bert take Jane and Michael on an all-singing and dancing tour of London with Bert’s pals that begins with them flying up through the chimney. Famously, they become covered in soot and in a now infamous scene, Mary attempts to wipe it off only to discover that she has made it worse, and so owns the soot and adds more to her nose and cheeks. However Professor Daniel Pollack-Pelzner, an English and gender studies professor at Oregon’s Linfield College, has now suggested that the scene in question is a reference to the original PL Travers books which associated chimney sweeps’ blackened faces with racial caricatures."

That characterization of the much-loved movie prompted a bemused and even outraged response from some commentators, as well as enquiries from Snopes readers about the authenticity of Pollack-Pelzner's opinion column. One reader asked, "Is this real or satire? It feels crazy to me ..." while another wrote, "Please tell me it's a hoax!"

The opinion piece was indeed written by a professor of English literature at Linfield College, a small private college in McMinnville, Oregon. Pollack-Pelzner's controversial column was published in the New York Times on 28 January 2019 and was a straightforward effort (i.e., not intended to be satirical or humorous).

In that column, Pollack-Pelzner pointed to the thread of questionable racial imagery and stereotypes that run through the series of Mary Poppins books authored by Pamela Lyndon Travers and the classic 1964 film version, arguing that traces of that troubling material are echoed in the 2018 film sequel Mary Poppins Returns:

"Mary Poppins Returns," which picked up four Oscar nominations, is an enjoyably derivative film that seeks to inspire our nostalgia for the innocent fantasies of childhood, as well as the jolly holidays that the first “Mary Poppins” film conjured for many adult viewers. Part of the new film’s nostalgia, however, is bound up in a blackface performance tradition that persists throughout the Mary Poppins canon, from P. L. Travers’s books to Disney’s 1964 adaptation, with disturbing echoes in the studio’s newest take on the material, 'Mary Poppins Returns.'

One of the more indelible images from the 1964 film is of Mary Poppins blacking up. When the magical nanny (played by Julie Andrews) accompanies her young charges, Michael and Jane Banks, up their chimney, her face gets covered in soot, but instead of wiping it off, she gamely powders her nose and cheeks even blacker. Then she leads the children on a dancing exploration of London rooftops with Dick Van Dyke’s sooty chimney sweep, Bert.

This might seem like an innocuous comic scene if Travers’s novels didn’t associate chimney sweeps’ blackened faces with racial caricature. “Don’t touch me, you black heathen,” a housemaid screams in “Mary Poppins Opens the Door” (1943), as a sweep reaches out his darkened hand. When he tries to approach the cook, she threatens to quit: “If that Hottentot goes into the chimney, I shall go out the door,” she says, using an archaic slur for black South Africans that recurs on page and screen.

The 1964 film replays this racial panic in a farcical key. When the dark figures of the chimney sweeps step in time on a roof, a naval buffoon, Admiral Boom, shouts, “We’re being attacked by Hottentots!” and orders his cannon to be fired at the “cheeky devils" [see below]. We’re in on the joke, such as it is: These aren’t really black Africans; they’re grinning white dancers in blackface. It’s a parody of black menace; it’s even posted on a white nationalist website as evidence of the film’s racial hierarchy. And it’s not only fools like the Admiral who invoke this language. In the 1952 novel “Mary Poppins in the Park,” the nanny herself tells an upset young Michael, “I understand that you’re behaving like a Hottentot.”

Pollack-Pelzner, who studied history and English at Yale and Harvard, is an academic expert in Shakespearean adaptations but has also contributed cultural criticism and theater reviews for major publications including the New Yorker and the Atlantic Monthly.

McShane, Asher.   "Mary Poppins Branded Racist by US Academic Over Scene Where She Gets Covered in Soot."     The Evening Standard.   5 February 2019.

Lockett, Jon.   "'Flirting With Blackface': Mary Poppins Branded Racist by Ridiculous US Boffin Who Says She 'Blacked Up' with Soot on Face."     The Sun.   3 February 2019.