Is This a Photo of a Martian Sunset?

The photograph in question was created by NASA's Spirit Rover in May 2005. 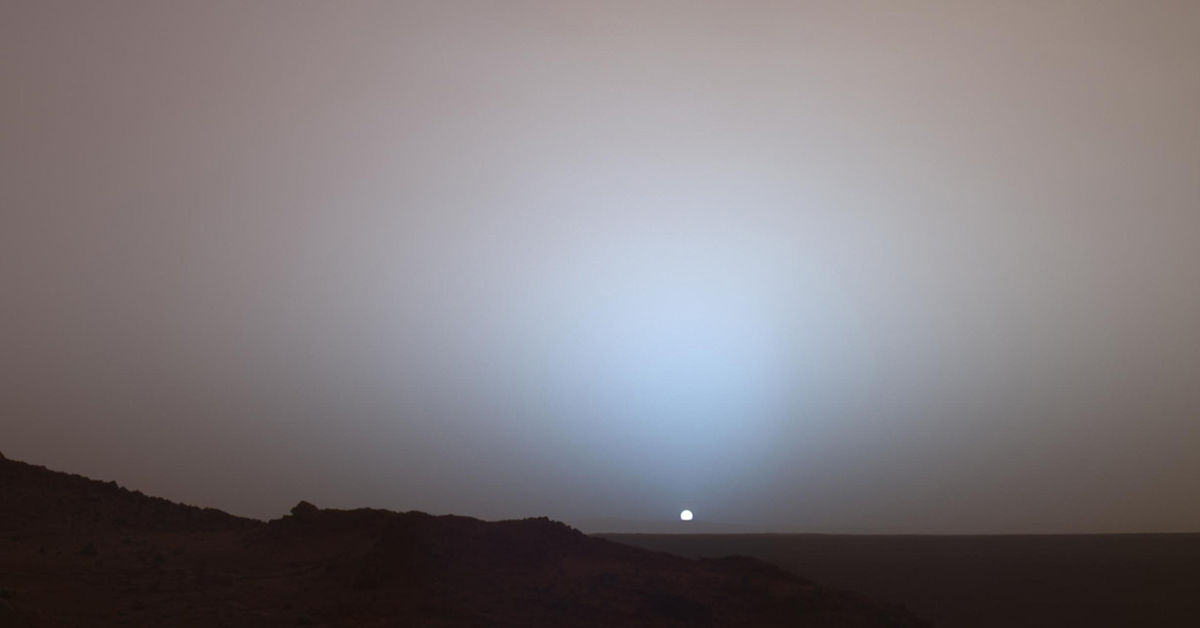 Claim:
An image shows a genuine sunset from the surface of Mars.
Rating:

Following NASA's successful landing of their Perseverance rover in Mars' Jezero Crater on Feb. 18, 2021, imagery acquired from the surface of Mars during past missions went viral. One image that was popular on Reddit, in the subreddit r/Interestingasfuck, is described as "Sunset on Mars." Indeed, this is an image of the sun setting on Mars.

However, do not let the timing fool you into thinking this is a recently created image associated with the Perseverance rover. In fact, the image is over 15 years old, and was created with images taken by the Spirit Rover at a location named Gusev Crater in May 2005. According to NASA:

This Panoramic Camera (Pancam) mosaic was taken around 6:07 in the evening of the rover's 489th martian day, or sol. Spirit was commanded to stay awake briefly after sending that sol's data to the Mars Odyssey orbiter just before sunset.

The colors used in the version on Reddit appear to be enhanced compared to the version hosted on NASA's website: Though the colors in both versions of the image are, to some extent, exaggerations, the NASA colorization is likely closer to what it would look like to a human watching on Mars. By using specific wavelengths of light, NASA is able to create  "false color images … that are similar to what a human would see, but with the colors slightly exaggerated."

In addition to making for impressive imagery, "Sunset and twilight images" can help scientists "determine how high into the atmosphere the martian dust extends, and to look for dust or ice clouds."

Compared to Earth, Mars has an eerily long period of twilight.

"The long martian twilight ... is caused by sunlight scattered around to the night side of the planet by abundant high altitude dust," NASA explained.

Because the image is, indeed, of a Martian sunset, the claim is "True."