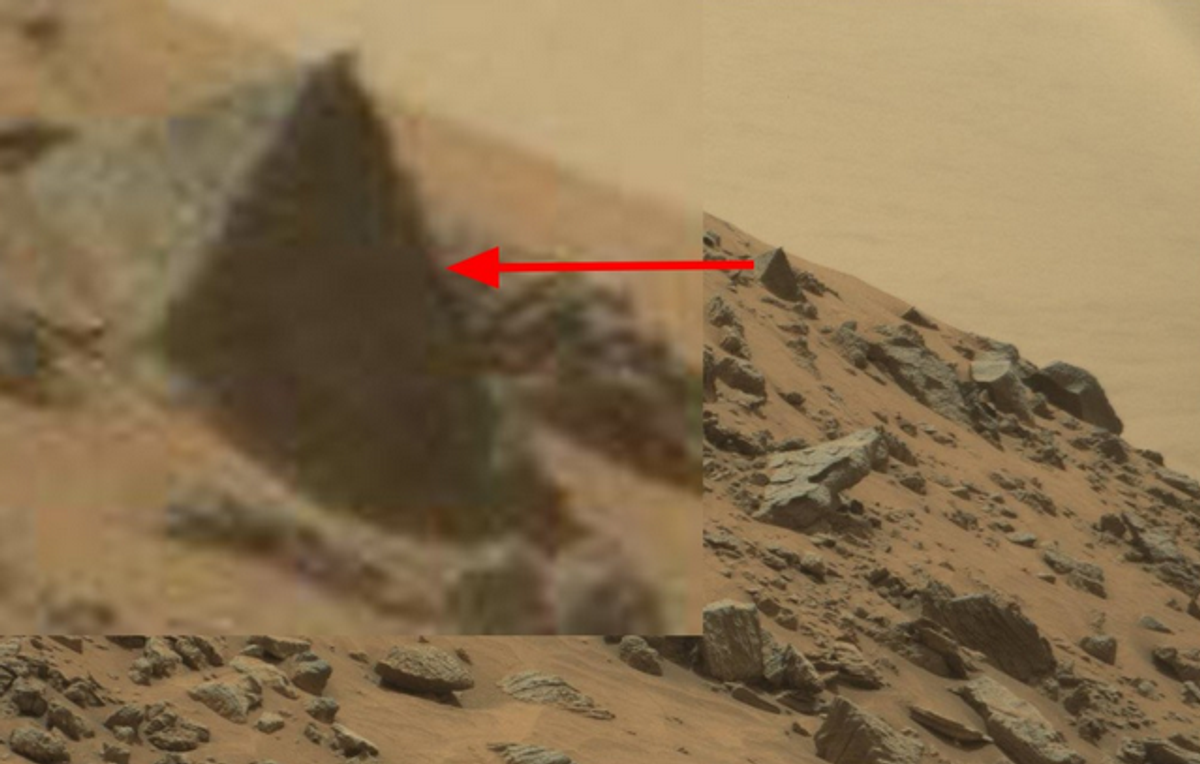 FACT CHECK:    Did the Mars Curiosity Rover spot a "pyramid" on Mars?

Origins:   On 20 June 2015, a video was uploaded to the Paranormal Crucible YouTube channel that purportedly revealed a "remarkable artefact" [sic] found on the surface of Mars — a pyramid or capstone the size of a "small car":

A remarkable artefact has been found on the red planet by the Mars Curiosity Rover.

Due to the size of the object about the scale of a small car i would theorize that the artefact is either the capstone of a much larger pyramid possibly buried deep beneath the surface or perhaps a marker stone.

The photograph featured in the above-displayed video was taken by the Mars Curiosity Rover on 7 May 2015 and was included in the raw image feed on the NASA web site:

NASA did not highlight this particular photograph nor make any mention of a "pyramid" having been found on Mars. The space agency also didn't include a scale with the photograph, so it's difficult to verify whether this stone is the size of a "small car" as state by the Paranormal Crucible.

Furthermore, there are no additional photographs showing differing views of this "pyramid" rock. While the rock formation does resemble a triangular shape in the above-displayed image, without additional pictures we can't know what the other side of the rock looks like.

Therefore, for now we'd have to classify this "pyramid" photograph as another example of pareidolia, like the "human shadow" that was supposedly spotted on the red planet.