A charitable donation didn't spare the band from criticism for accommodating the NFL. 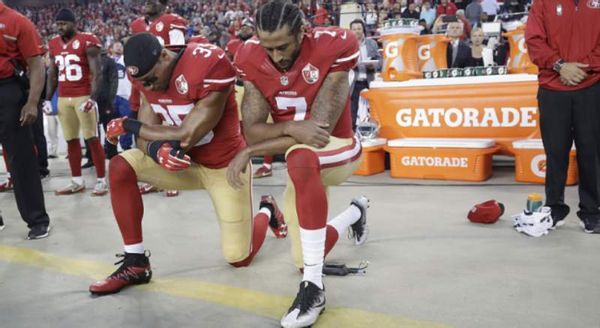 Amid controversy over playing the Super Bowl halftime show, the band Maroon 5, along with their label Interscope Records and the NFL, partnered on a $500,000 donation to the children's charity Big Brothers Big Sisters of America.

Super Bowl halftime acts don't receive a fee for performing, so Maroon 5 did not donate their "performance fee." Although it's true that Maroon 5 partnered with their label Interscope Records and the National Football League (NFL) in making a $500,000 donation to the children's charity Big Brothers Big Sisters of America, the money didn't come out of the band's performance fee. NFL spokesman Brian McCarthy clarified in an email that Super Bowl halftime acts don't receive performance fees.

McCarthy referred us to a statement from Maroon 5 lead singer Adam Levine provided to People magazine that said: "Playing the Super Bowl has been a dream of our band for a long time. We thank the NFL for the opportunity and also to them, along with Interscope Records, for making this donation to Big Brothers Big Sisters, which will have a major impact for children across the country."

Maroon 5 followed the lead of rapper Travis Scott, who only agreed to perform at the Super Bowl after the NFL vowed to make a $500,000 donation to Dream Corps, a social justice-oriented non-profit founded by Van Jones in 2015.

The large donations to charitable organizations were the result of the mounting pressure the NFL was facing over what critics called the "blacklisting" by the league of former San Francisco 49ers quarterback Colin Kaepernick.

In 2016, Kaepernick began kneeling during the playing of the national anthem before NFL games in protest over police violence against black Americans. As his protest spread and was adopted by other players in the league, so did the backlash. In reference to players' kneeling before games, President Donald Trump in September 2017 stated: “Wouldn’t you love to see one of these NFL owners, when somebody disrespects our flag, to say, ‘Get that son of a bitch off the field right now. Out! He’s fired. He’s fired!’”

Kaepernick hasn't played since opting out of his contract with the San Francisco 49ers in 2017 and has filed a grievance against the NFL, accusing team owners of colluding in not signing him.

As a result of the controversy, the NFL had trouble securing halftime acts for Super Bowl LIII, with A-list entertainers such as Rihanna, Cardi B, Jay-Z, and Pink declining to perform in solidarity with Kaepernick. In an interview with the Associated Press, rapper Cardi B said, “I got to sacrifice a lot of money to perform. But there’s a man who sacrificed his job for us, so we got to stand behind him.”

Maroon 5's act of charity didn't save them from harsh criticism for crossing "the ideological or intellectual picket line," as Kaepernick's attorney Mark Geragos put it in an interview with ABC News. "In fact, if anything, it’s a cop-out when you start talking about, 'I’m not a politician I’m just doing the music.' Most of the musicians who have any kind of consciousness whatsoever understand what's going on here."