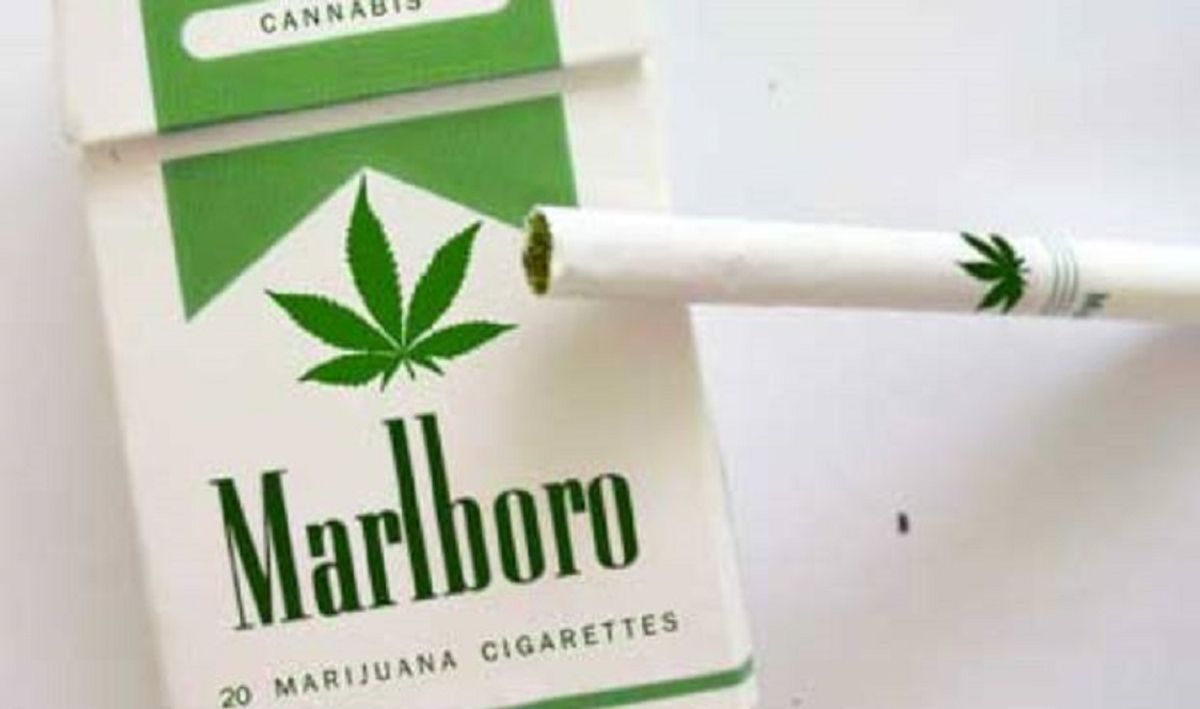 At least as far back as the 1960s, rumors have circulated that major tobacco companies were preparing to enter the marijuana cigarette market in anticipation of the imminent legalization of pot in the U.S., buying up marijuana fields in Mexico, designing new cigarette packages, and trademarking potential brand names such as "Panama Red" and "Acapulco Gold." Such rumors were nothing more than the product of fanciful imagination and wishful thinking, but now that state of Colorado has legalized marijuana use, and more states are sure to follow, those claims no longer sound quite so far-fetched.

Phillip Morris, the world's biggest cigarette producer, announced today that they will join the marijuana legalization bandwagon and start producing marijuana cigarettes. To be marketed under the brand it will be made available for sale through marijuana-licensed outlets in the state of Colorado, and Washington when it becomes commercially legal later this year.

Serafin Norcik, Phillip Morris' Sr. Vice President for Marketing said in an interview that the company has been high on the idea of marketing cannabis, and has been monitoring the market for some time. It was only when the recent legalization initiatives — winning in Colorado and Washington — that they finally made the decision to take a leap of faith.

By the following day links and excerpts referencing this article were being circulated via social media and on other web sites, with many of those who encountered it mistaking it for a genuine news item. However, this article was just a spoof from the Abril Uno web site, whose name translates as "April One" (i.e., April Fool's Day). Disclaimers on the web site's pages note that:

Abril Uno is a satire, parody and spoof web publication. Abril Uno uses invented names in all its stories, except in cases where public figures or companies are being satirized, parodied or spoofed. Any resemblance to the truth, actual events, actual persons, living or dead, is entirely coincidental and is intended purely as a satire, parody or spoof. All articles contained herein are fiction ("fake"), untrue, and for entertainment only.

Washington, Oregon, Colorado and Alaska residents are celebrating the release of Phillip Morris Marlboro ‘M’ Brand Marijuana Cigarettes available next month for recreational use. After a clinical research trial, the world’s largest cigarette producer, announced today that they will join the recreational marijuana bandwagon and begin the sale of marijuana cigarettes in these 4 U.S. states beginning November 1, 2015.