While the congresswoman's applause may not have been as effusive as her colleagues, she did stand and clap for the Ukrainian president. 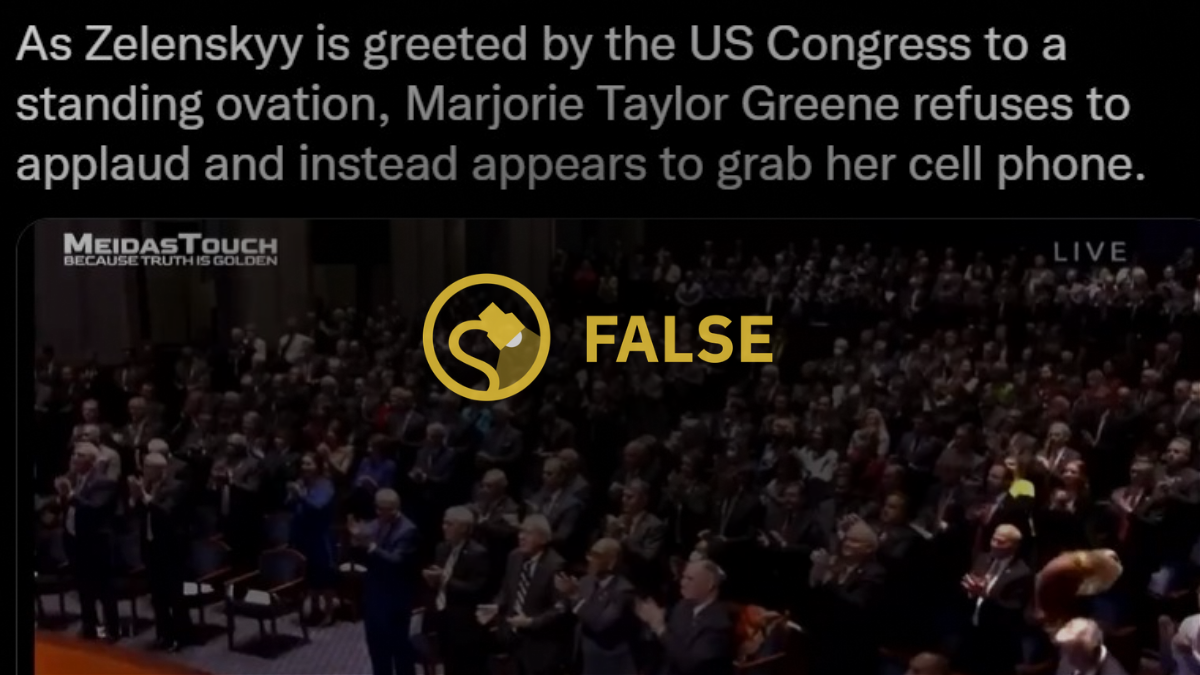 On March 16, 2022, Ukrainian President Volodymyr Zelenskyy gave a virtual address to the U.S. Congress in which he called for American leaders to provide more aide and enforce a no-fly zone to help Ukraine fight back against the Russian invasion. Zelenskyy's message was well received, and at multiple points during the speech the members of Congress stood and applauded. But according to a viral video, one member, Rep. Marjorie Taylor Greene, R-Georgia, refused to join her colleagues in applauding for Zelenskyy:

This video clip is truncated and misleading. While Greene may have not been as enthusiastic in her applause as some of her colleagues, she did applaud for Zelenskyy. The video cuts away before she starts to clap, giving viewers the incorrect impression that she "refused" to applaud the Ukrainian president.

Here's a video from ABC News. At the 19:28 mark you can see Greene (right of screen) clapping along with her colleagues:

A few seconds before Greene appears on screen, Rep. Steny Hoyer, D-Md., can be seen sitting and writing notes as his colleagues applaud. While Hoyer then rose and clapped, it's worth noting here as an example of how a few moments clipped out of context from much longer video can be misconstrued.

While one may argue that Greene did not clap enthusiastically for Zelenskyy, the claim that she "refused" to clap is simply incorrect.

Greene did applaud during this speech by the president of Ukraine. However, she also put out a statement saying that the United States should stop providing aide to the embattled country. Greene said:

"If we truly care about suffering and death on our television screens, we cannot fund more of it by sending money and weaponry to fight a war they cannot possibly win ... The only effect of more arms and more money from America will be to prolong the war."