A TikTok video appeared to claim that the Georgia congresswoman owned a figurine of former U.S. President Donald Trump hanging on a cross. 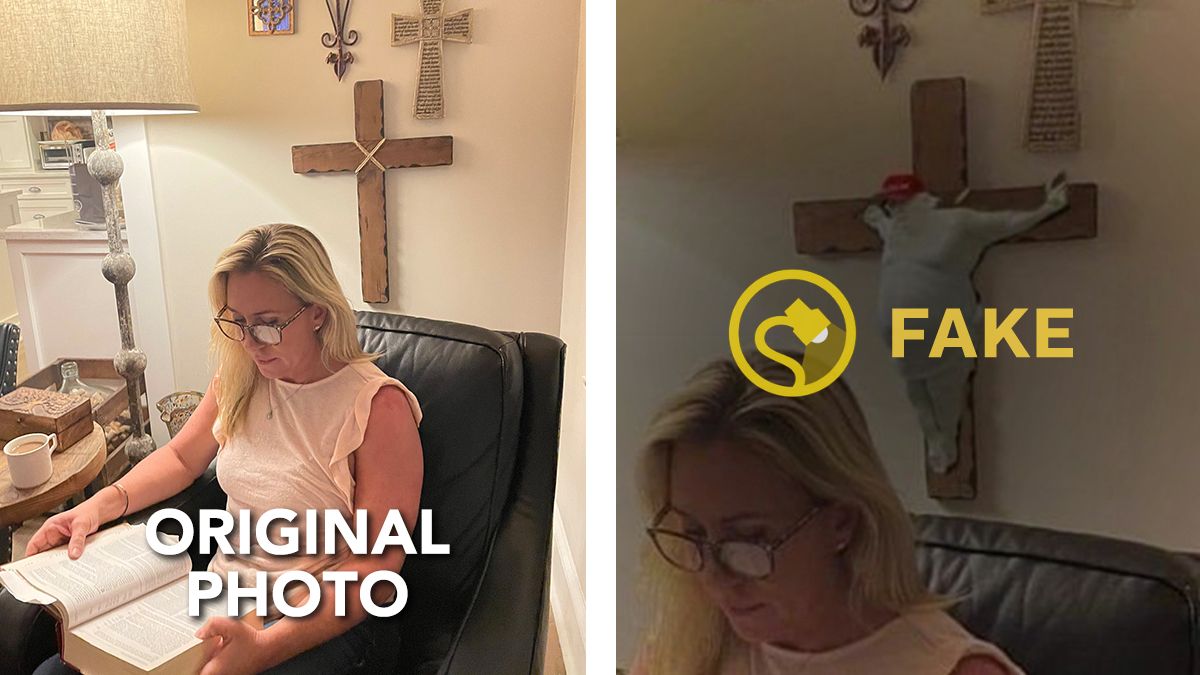 A picture did not show Marjorie Taylor Greene with a Trump figurine with a red hat on a cross behind her while she was reading the Bible. (Image Via Twitter)

The picture was fake — someone with image editing software added Trump onto the cross on the wall.

On July 19, 2022, TikTok user @mamasissiesays posted a video titled, "What Is Hanging in MTG's Office?" The clip showed what looked to be a picture of U.S. Rep. Marjorie Taylor Greene, R-Ga., reading the Bible in front of a figurine of former U.S. President Donald Trump hanging on a cross. The Trump figurine even appeared to be wearing a red MAGA hat. The caption read, "I beg of you, someone tell me it’s photoshopped." We're here to tell you that it is, indeed, a fake. Someone used image editing software, likely Adobe Photoshop, to add Trump on the cross.

The TikTok video with the picture of Greene and Trump on the cross was on track to be viewed around 1 million times in just 24 hours. It showed a tweet from Twitter user @DenneyLaura: According to help from TinEye reverse image search engine and the Wayback Machine on the Internet Archive, the original picture without Trump hanging on the cross was tweeted by Greene from her personal account on Nov. 13, 2021. That account has since been permanently suspended from the platform. This was the original photograph before someone doctored it and added a Trump figurine on the cross.

In sum, no, the picture did not show a Trump figurine hanging on a cross on the wall behind Greene, as it had been doctored.