Did Marjorie Taylor Greene Say of QAnon that She ‘Got Sucked Into’ Things on the Internet?

The Republican representative has long voiced support for conspiracy theories. 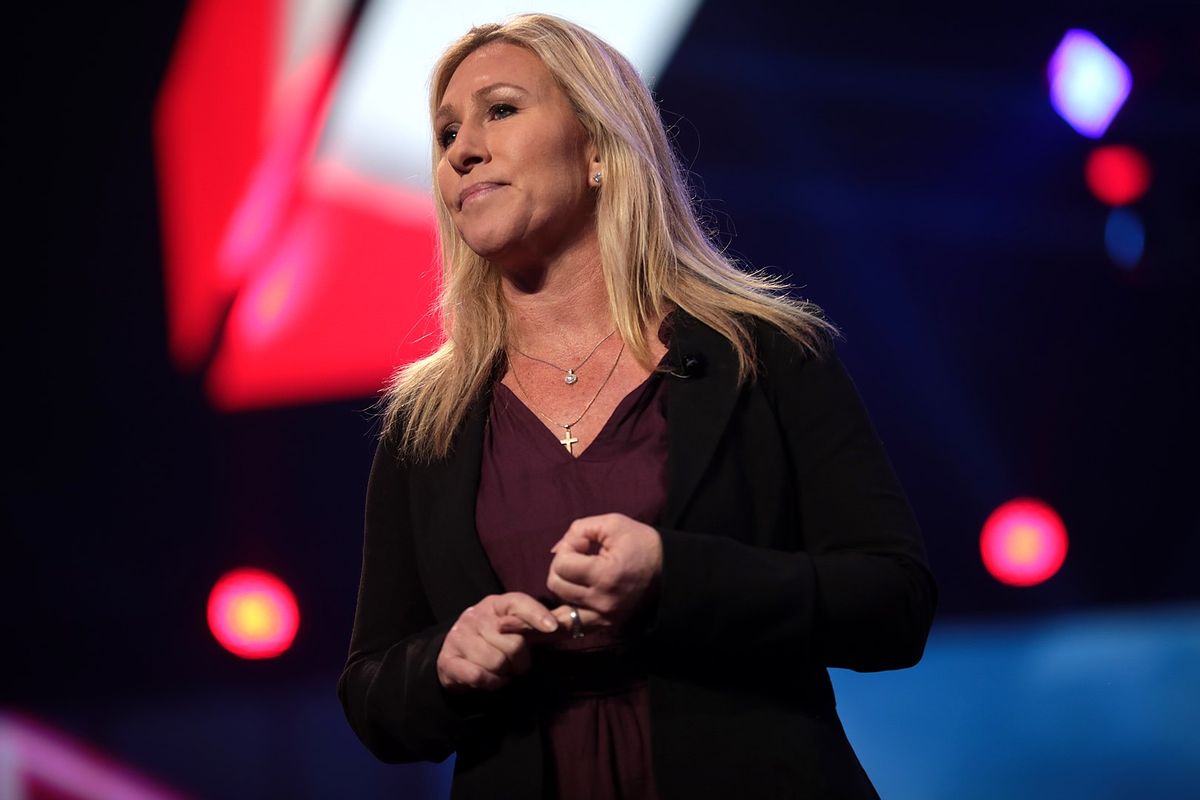 Claim:
In response to a question about her past as a follower of QAnon conspiracy theories, U.S. Rep. Marjorie Taylor Greene said, "Well, like a lot of people today, I had easily gotten sucked into some things I had seen on the internet.”
Rating:

U.S. Rep. Marjorie Taylor Greene has long been known for her controversial statements and her vocal support for QAnon, an internet conspiracy theory that far-right movements widely embrace. But in an interview on Jan. 8, 2023, she appeared to be distancing herself from that history, while admitting to being influenced by QAnon.

According to a viral clip, Greene said in response to a question on Fox News about her past with QAnon, "Well, like a lot of people today, I had easily gotten sucked into some things I had seen on the internet."

This is correctly attributed to her. Television host Howard Kurtz brought up how Greene had been stripped of her House committee assignments back in February 2021. This occurred after public outrage over her history of racist, anti-Semitic comments (among others) and her apparent support for violence against Democrats.

The interview can be found on Fox News here, and the exchange takes place at the 5:13 mark.

Kurtz said, "That was raw politics," and added, "But in fairness, didn't you also say around that period that you had been a follower of QAnon conspiracy theories, and you had rethought this and you were no longer influenced by the group?"

Greene responded with, "Well, like a lot of people today, I had easily gotten sucked into some things I had seen on the internet. But that was dealt with quickly early on. I never campaigned on those things. That was not something I believed in. That's not what I ran for Congress on. So, those are so far in the past."

Kurtz did not ask her to elaborate. Back in 2021 when she was stripped of her House committee assignments, she said her past comments about QAnon "do not represent me" and she was "was allowed to believe things that weren't true [...]." She added that she regretted that she "would ask questions about them and talk about them."

QAnon was once a fringe phenomenon now embraced by many members of the far-right. They believe that former U.S. President Donald Trump is in the middle of a biblical war against a "deep state," satanic cabal of baby-eating, child sex-traffickers led by prominent members of the Democratic party, entertainers who espouse liberal opinions, anybody who mentions "pizza," and authoritative sources who relay credible information that may cast a negative light on the president.

But even while a lawmaker, Greene has said she doesn't believe in evolution, and has spread COVID-19 misinformation, among other controversies.

Vlamis, Kelsey. "Rep. Marjorie Taylor Greene Said 'like a Lot of People' She Had 'Easily Gotten Sucked into Some Things I Had Seen on the Internet' Regarding QAnon Conspiracy Theories." Business Insider, https://www.businessinsider.com/marjorie-taylor-greene-got-sucked-into-qanon-conspiracy-theories-internet-2023-1. Accessed 9 Jan. 2023.