The Oprah Video with Marjorie Taylor Greene Is a Deepfake

The altered clip was created using part of a 1997 episode of "The Oprah Winfrey Show." 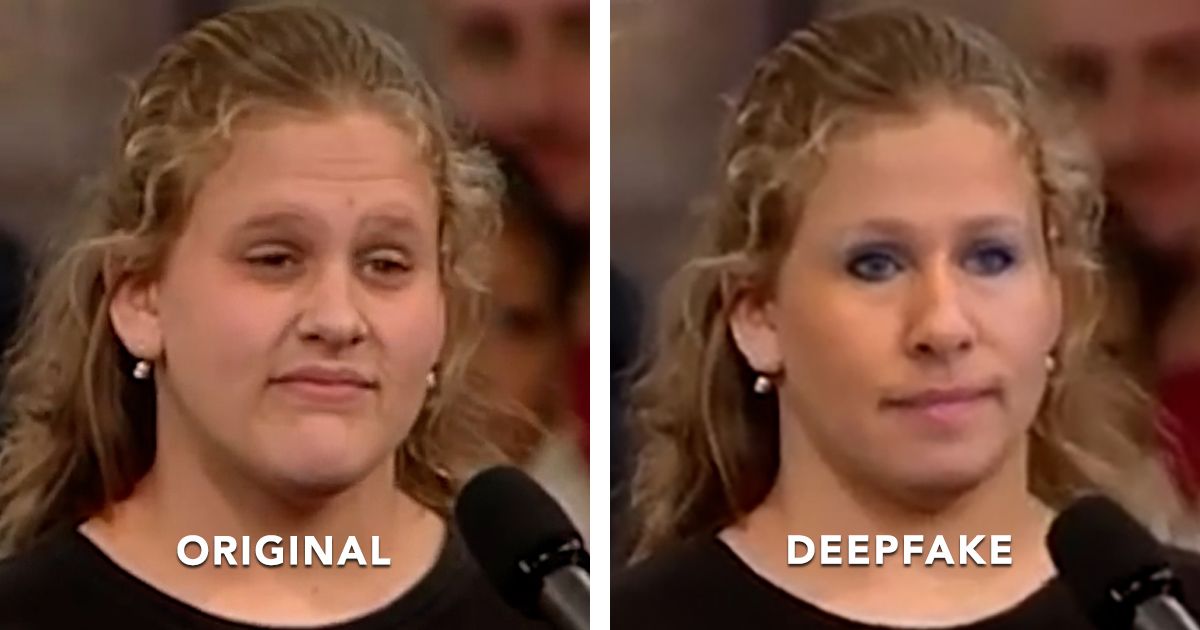 Image Via The Oprah Winfrey Network/YouTube

On Nov. 4, 2021, TikTok user @andrejhepburn posted a video that appeared to show U.S. Rep. Marjorie Taylor Greene, R-Ga., in the crowd during a taping of "The Oprah Winfrey Show" in 1997. In the clip, she is supposedly shown stating that the Bible "clearly states that homosexuality is wrong."

The video was viewed close to 200,000 times and received more than 1,500 shares in the first few hours after it was uploaded. This total included a second upload of the video.

The top comments on both videos and the likes those comments received showed that the video appeared real to some viewers. However, the truth is that it was digitally altered to display a deepfake of Greene's face superimposed over that of another woman. A slightly faded logo for "Politifakes" can be seen in the upper-left corner of the clip.

While the deepfake video might seem obvious to some readers, it's important to keep in mind that not all social media users are alike. It could be debated that, in recent years, far more obvious bits of misinformation, including satirical content, have been perceived as genuine and shared millions of times. For example, former U.S. President Donald Trump once tweeted a link to a satirical story, apparently believing it was real.

In the TikTok video, the sound of the unidentified woman's voice on Oprah's show was also changed. Greene was born in 1974, and would have been about 23 years old in 1997.

We found the original video of the exchange on YouTube that showed the real face of the woman who was talking.

While Greene did not appear on Oprah's show to say that "homosexuality is wrong," she has shared her thoughts about the LGBT community in the past.

According to The Guardian, in February 2021, shortly after beginning her first term, Greene posted a sign outside of her office. It read: "There are TWO genders: MALE & FEMALE. 'Trust the Science!'" The sign was posted in response to a transgender pride flag being displayed across the hallway.

In sum, Greene did not say "homosexuality is wrong" on Oprah's show in 1997. The video was a deepfake.

The full transcript of the exchange between the unidentified woman and Oprah from the 1997 episode is below:

Oprah: What do you think?

Woman: I've seen it in the Bible. It clearly states that homosexuality is wrong. And I feel that you are a powerful woman and you have done so much. And if you are going to represent, represent yourself as a Christian, and then you're going to go on this show and say you also support that, it's, it's 'double standarding.'

Oprah: Well, I have a different view of Christian than you do. Ok?

Woman: (crying) You can't stand up there on, on that show and in front of this whole American society and say that you, that you support that, I mean...

Oprah: I support her right to be who she thinks she is.