These words have been supposedly spoken by numerous politicians. 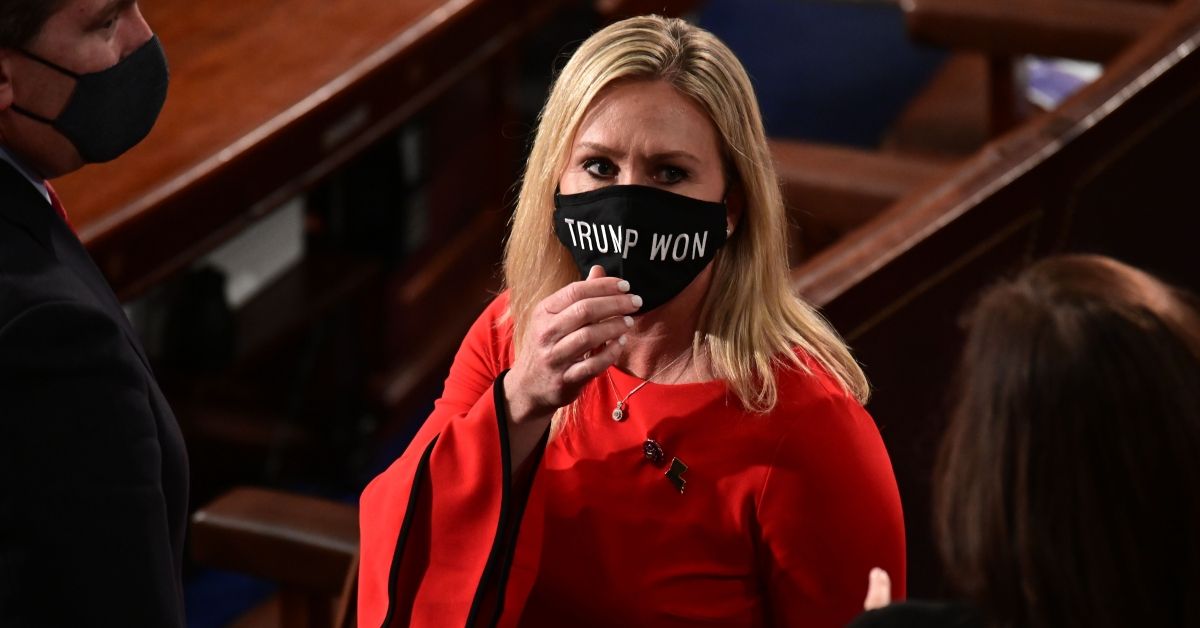 In February 2021, as the news cycle focused on genuine comments made by U.S. Rep. Marjorie Taylor Greene about school shootings being hoaxes, some social media users encountered a quote ostensibly uttered by Greene about Jesus and the English language. This meme reads: "'If English was good enough for Jesus, it's good enough for us,' stated Marjorie Taylor Greene, explaining why Spanish shouldn't be spoken in a Christian Nation like America. Wow! Chew on that for a moment."

This is not a genuine quote from Greene.

While we've encountered dozens of posts spreading this quote, we've yet to see any posting state where and when Greene supposedly made this comment. A cursory search of recent news articles, interviews, and Greene's social media accounts also turned up no results.

Furthermore, this quote predates Greene's political career by nearly half a century.

This quote has been falsely attributed to variety of politicians over the years in an apparent attempt to paint them as ignorant of history and religion. Jesus, after all, did not speak English.

The BBC writes: "Hebrew was the language of scholars and the scriptures. But Jesus's 'everyday' spoken language would have been Aramaic. And it is Aramaic that most biblical scholars say he spoke in the Bible."

We've found versions of this quote stretching back to 1970s. In most instances, the quote is shared in brief anecdotes that are short on details, indicating that these attributions are largely apocryphal in nature.

Here's an excerpt from a letter to the editor that was published in The Los Angeles Times in 1976: 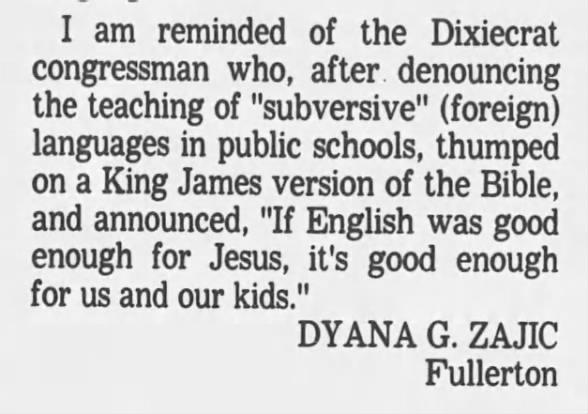 While it's certainly possible that someone, somewhere, at sometime uttered the phrase "If English was good enough for Jesus, it's good enough for us" in earnest, this quote is most often used to paint politicians for being, perhaps, more ignorant of history and religion than they actually are.