Some contemporary celebrities seem to be fond of invoking this "fact." 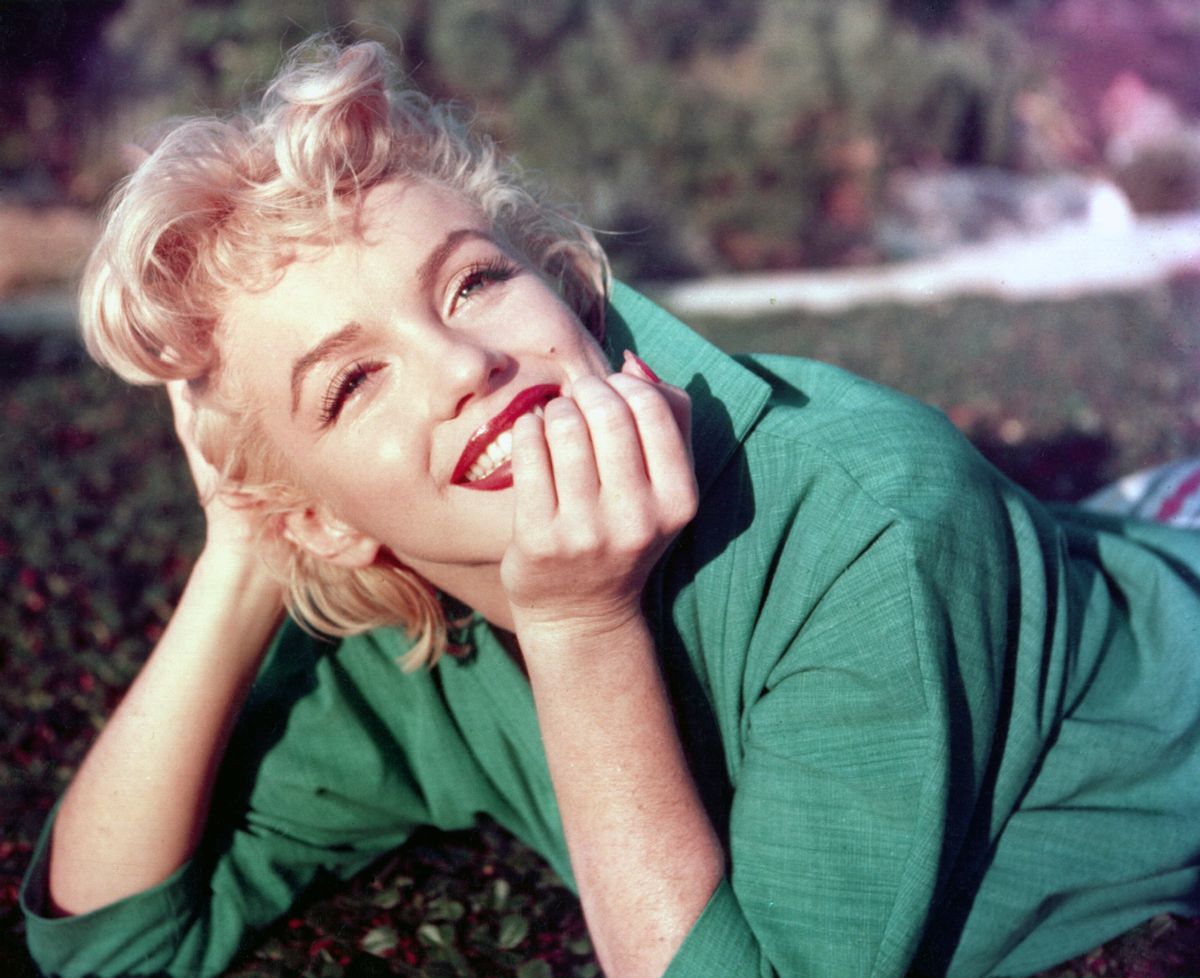 PALM SPRINGS, CA - 1954: Actress Marilyn Monroe poses for a portrait laying on the grass in 1954 in Palm Springs, California. (Photo by Baron/Getty Images)

The fascination with this "fact" about Marilyn Monroe's dress size is not its literal truthfulness per se, but the implication it carries: that our standards of feminine pulchritude have become so extreme that the woman who has been idolized as the world's premier sex symbol for half a century would be considered "chunky" or even "fat" by modern standards. (Conversely, some of today's celebrities seem to be fond of invoking the "fact" that Marilyn wore a dress as a means of asserting that they themselves are, if not thin, in better shape than the renowned Marilyn Monroe was.)

Actress/Estee Lauder spokesmodel Elizabeth Hurley was recently named "Babe of the Century'' in some poll. This apparently caused her to lose her senses, because she went on to gratuitously dump on Marilyn hardly in a position to defend herself. Hurley says that the screen legend was overweight, peaking at a dress size of 16. "I've always thought Marilyn Monroe looked fabulous, but I'd kill myself if I was that fat,'' Hurley told Allure magazine in an amazingly tactless "I went to see her clothes in the exhibition, and I wanted to take a tape measure and measure what her hips were. (laughter) She was very big."

"I'm more sexy than Pamela Lee or whoever else they've got out [in Hollywood] these days. Marilyn Monroe was a That says it all."

Marilyn may (at times) have been a little heavier than today's ultra-svelte models, but the notion that she was "fat" (even by today's standards) is based on misinformation or misunderstanding.

Part of the misconception over Marilyn's dress size is caused by the fact women's dress sizing has changed over the years (i.e., today's dress is smaller than the dress of fifty years ago), so what might have been labeled a dress in Marilyn Monroe's era can't be directly compared with today's dress. Also, many women have difficulty finding dresses that fit all portions of their frames comfortably, and therefore a woman with a proportionally larger bust, waist, or hip measurement might have to buy a larger-sized dress to accommodate that one measurement, but that dress wouldn't necessarily be reflective of her overall size. As well, it's difficult to accurately size the clothing Marilyn wore from her film costumes because most of that wardrobe was specifically tailored to fit her particular figure and was designed to showcase her body, not to provide the covering typical of standard clothing.

In 2009, fashion features editor Sara Buys had an opportunity to try on some items from a collection of Marilyn Monroe’s costumes and clothes and reported:

Contrary to received wisdom, she was not a voluptuous size 16 — quite the opposite. While she was undeniably voluptuous — in possession of an ample bosom and a bottom that would look at home gyrating in a J-Lo video — for most of the early part of her career, she was a and even in her plumper stages, was no more than a 10. I can tell you this from experience because a few weeks ago, I tried to try on her clothes.