Did Growers in Colorado Crossbreed Marijuana with a Venus Flytrap?

A video purportedly documenting a new strain of marijuana that was crossbred with a Venus flytrap actually shows a barnacle. 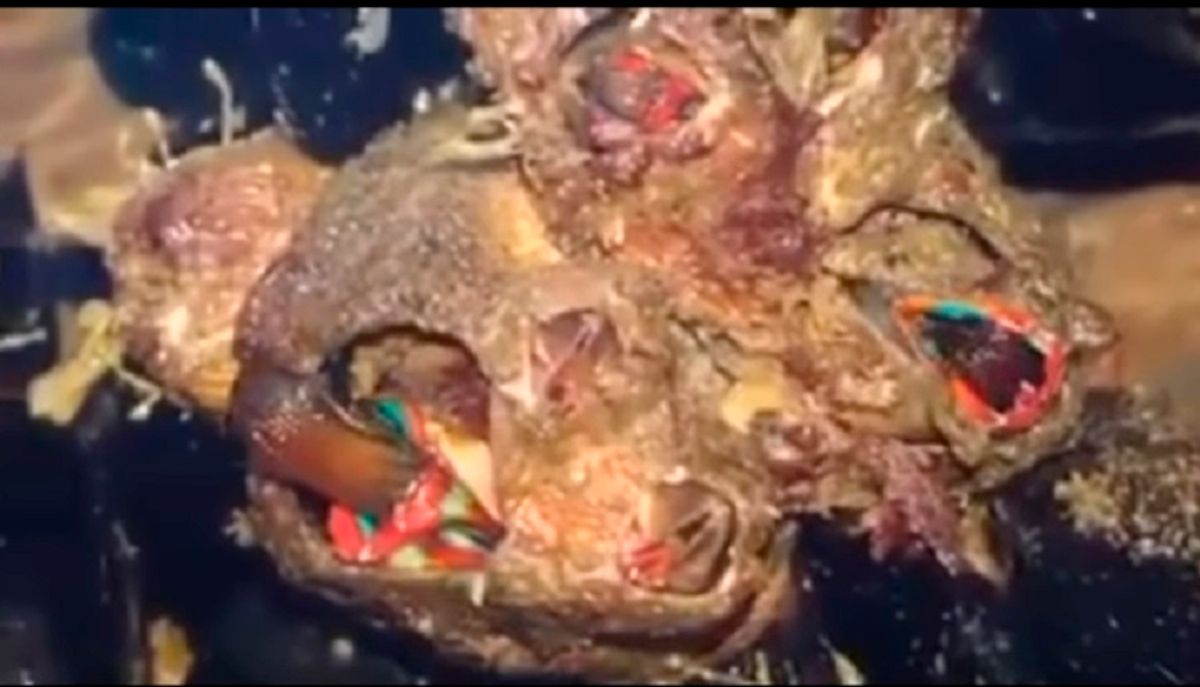 Claim:
A video shows a new species of plant created by crossbreeding marijuana with a Venus flytrap.
Rating:

A video purportedly showing a strange new plant created by crossbreeding marijuana with a Venus flytrap has racked up millions of views since it was first posted to the internet in 2016:

Growers in Colorado have developed a powerful new strain of Marijuana by cross breeding it with a Venus Flytrap.

However, rather than the results of crossbreeding marijuana with a Venus flytrap, what this video actually shows is a plain old barnacle caught off the coast of California.

This footage was originally posted to Facebook by Matthew Wallace in August 2016 with the caption: "I would have kept it if we had a saltwater tank." When Wallace shared a second video of this odd-looking object, he posed the question: "Are these barnacles?":

The clip went viral and was eventually licensed by Cater News and shared to YouTube with a little backstory about what it depicted. The news agency reported that the "unidentified 'alien'" barnacle was caught in a crab net off of Port Hueneme Pier near Oxnard, California:

This unidentified 'alien' barnacle with mussel-like appendages poking out of it was caught by crab fishermen.

On the outside, the skin has a slippery and spiky shell with six massive openings dotted around its surface.

From the various holes, organs similar to mussels and sporting what appear to be teeth shoot out from behind rainbow-coloured flaps.

Although Cater News presented this barnacle as something "unidentified" and "alien," it's likely a Megabalanus californicus, or a California barnacle. Marine biologist Alex Warneke talked to Earth Touch News when the video first went viral in 2016 and confirmed that description:

Media reports will have you know that this strange animal of "unknown origins" has been "puzzling" scientists, but while it certainly looks the part, it's actually a critter we know well. You're looking at a cluster of Megabalanus californicus, the California barnacle.

Having seen M. californicus before, we reached out to local marine biologist Alex Warneke, who confirmed the ID after a quick look.