The Republican senator from Florida was quoted as saying that MLB's decision to move the All-Star Game out of Georgia in response to a controversial voting rights law "reeks of hypocrisy." 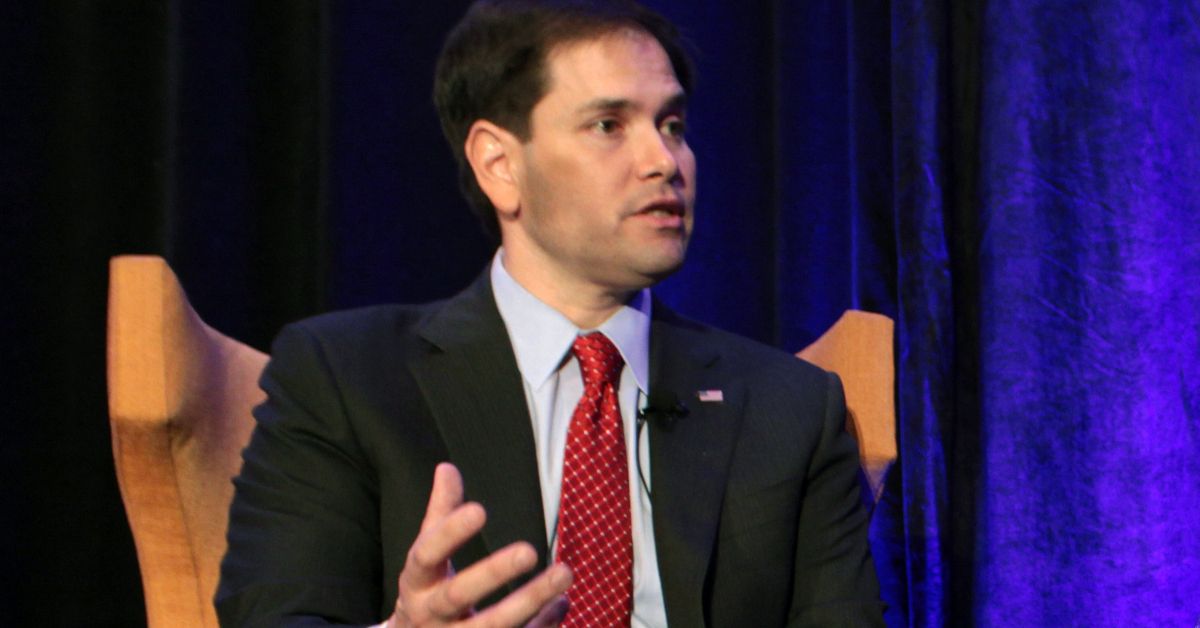 Claim:
In April 2021, Marco Rubio wrote a strongly worded letter to MLB Commissioner Rob Manfred in response to a decision to move the All-Star Game out of Georgia.
Rating:

In April 2021, Snopes readers asked us to examine the authenticity and accuracy of reports that U.S. Sen. Marco Rubio, a Republican from Florida, had sent a "scathing letter" to Major League Baseball (MLB) Commissioner Rob Manfred, over the organization's recent decision to move the 2021 All-Star Game out of Georgia in response to the passage of S.B. 202, a controversial electoral reform law.

On April 5, The Week published an article with the headline "Marco Rubio sends scathing letter to MLB commissioner after league pulls All-Star Game from Atlanta," reporting:

Sen. Marco Rubio (R-Fla.) is the latest Republican to lash out at Major League Baseball over its decision to pull the 2021 All-Star Game from Atlanta in response to Georgia's controversial new voting law, which critics say will suppress voters' rights. Rubio penned a letter to MLB commissioner Rob Manfred on Monday, clearly aiming to paint the move as a hypocritical one. "I write to ask whether you intend to maintain your membership at Augusta National Golf Club," Rubio asked, referring to the famous golf club where the Masters is played every year. "As you are well aware, the exclusive members-only club is located in the State of Georgia."

Yahoo! republished that piece later on the same day. The letter it referred to was authentic and could quite reasonably be described as "scathing."

In an April 2 news release, Manfred announced that:

Over the last week, we have engaged in thoughtful conversations with Clubs, former and current players, the Players Association, and The Players Alliance, among others, to listen to their views. I have decided that the best way to demonstrate our values as a sport is by relocating this year’s All-Star Game and MLB Draft. Major League Baseball fundamentally supports voting rights for all Americans and opposes restrictions to the ballot box... Fair access to voting continues to have our game’s unwavering support.

On April 5, Rubio published his response to Manfred on his own website, writing:

I write to ask you whether you intend to maintain your membership at Augusta National Golf Club. As you are well aware, the exclusive members-only club is located in the State of Georgia. Last week, you “decided that the best way to demonstrate our values as a sport is by relocating this year’s All-Star Game” from Atlanta because of Georgia’s revised election law. It is a decision that will have a bigger impact on countless small and minority owned businesses in and around Atlanta, than the new election law ever will. And one that reeks of hypocrisy.

Will Major League Baseball now end its engagement with nations that do not hold elections at all like China and Cuba? Will you end your lucrative financial relationship with Tencent, a company with deep ties to the Communist Party and actively helps the Chinese Government hunt down and silence political dissidents?

MLB does indeed have a broadcasting partnership with Tencent, a massive Chinese telecommunications and social media company. The international nonprofit Human Rights Watch has asserted that Tencent has played a "significant role in facilitating and entrenching the Chinese government’s censorship, surveillance, and propaganda regime inside China," adding, "There is emerging evidence that they also have a debilitating influence on rights outside the country."

In 2018, MLB signed an agreement with the Cuban Baseball Federation to allow Cuban players to be scouted and drafted by American teams without having to defect in order to do so. However, the administration of then-U.S. President Donald Trump canceled the agreement in 2019.

At the 2020 Masters, a tournament that was not open to the general public, Manfred was photographed in attendance at Augusta National, wearing a clearly visible "Member" badge: AUGUSTA, GEORGIA - NOVEMBER 14: MLB Commissioner Rob Manfred looks on during the continuation of the second round of the Masters at Augusta National Golf Club on November 14, 2020 in Augusta, Georgia. (Photo by Rob Carr/Getty Images)