Did Marcel Marceau Save Hundreds of Jewish Children From Nazis?

The Frenchman who would become known as the world's greatest pantomime artist helped smuggle Jewish children to safety in Switzerland during World War II. 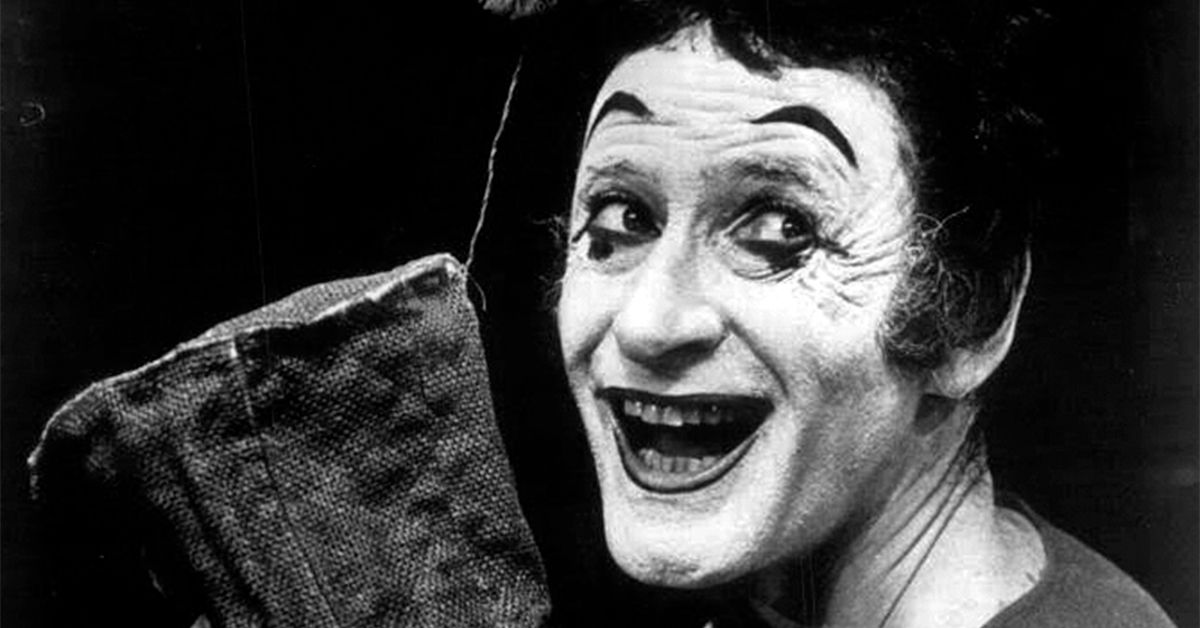 Claim:
The world-famous mime artist Marcel Marceau worked with the French underground as a teenager and help save many Jewish children from death at the hands of the Nazis during World War II.
Rating:

International Holocaust Remembrance Day, observed annually on 27 January (the date the Nazi concentration camp Auschwitz-Birkenau was liberated in 1945), is an occasion not only for commemorating the millions who died during the Holocaust (1933-1945), but also for acknowledging the heroic efforts of those who helped European Jews escape the clutches of the Third Reich.

One of those acknowledged heroes was the internationally acclaimed pantomime artist Marcel Marceau (1923-2007), whose work as a young man with the French underground was celebrated in a Facebook video posted on 26 January 2018:


The same story is told in this excerpt from an unattributed article widely shared on social media since 2015:

Marcel Marceau’s extraordinary talent for pantomime entertained audiences around the world for over sixty years. It also saved hundreds of Jewish children during the Holocaust.

Born to a Jewish family in Strasbourg, France in 1923, young Marcel Mangel discovered Charlie Chaplin at age five and became an avid fan. He entertained his friends with Chaplin imitations, and dreamed of starring in silent movies.

When Marcel was 16, the Nazis marched into France, and the Jews of Strasbourg — near the German border — had to flee for their lives. Marcel changed his last name to Marceau to avoid being identified as Jewish, and joined the French resistance movement.

Masquerading as a boy scout, Marcel evacuated a Jewish orphanage in eastern France. He told the children he was taking them on a vacation in the Alps, and led them to safety in Switzerland. Marcel made the perilous journey three times, saving hundreds of Jewish orphans.

He was able to avoid detection by entertaining the children with silent pantomime.

Documentary filmmaker Phillipe Mora, whose father fought alongside Marcel in the French resistance, said, ''Marceau started miming to keep children quiet as they were escaping. It had nothing to do with show business. He was miming for his life.’'

Marcel’s father perished at Auschwitz. Marcel later said, “The people who came back from the camps were never able to talk about it. My name is Mangel. I am Jewish. Perhaps that, unconsciously, contributed towards my choice of silence.”

While fighting with the French resistance, Marcel ran into a unit of German soldiers. Thinking fast, he mimicked the advance of a large French force, and the German soldiers retreated.

Much of the above was confirmed by Marceau himself in his acceptance speech when he was awarded the Raoul Wallenberg Medal for humanitarianism in 2001. "I don't like to speak about myself," he said, "because what I did humbly during the war was only a small part of what happened to heroes who died through their deeds in times of danger." He continued:

I will speak only briefly about my own deeds. It is true that I saved children, bringing them to the border in Switzerland. I forged identity cards with my brother when it was very dangerous because you could be arrested if you were in the underground. I also forged papers, not to save only Jews, and children, but to save Gentiles and Jews, especially Gentiles because there was a law in Vichy-occupied France — to send the young French men, who were eighteen, nineteen years old, to factories in Germany to work for the German Army. And then I had an idea to bribe the officials, and make people look much younger in their photos. I was born in Strasbourg on the Rhine and when the war was declared in September 1939 all Strasbourg had to be emptied by the French government to save the people because we were on the border between Germany and France. Then we were sent to Perigord in the south of France. I was sixteen years old.

As the speech went on, Marceau also paid homage to his father Charles, a kosher butcher in Strasbourg who was deported by the Nazis to Auschwitz (never to return), and his cousin Georges Loinger, a Resistance fighter who would later confirm some of Marceau's wartime exploits. When Marceau died in 2007, Loinger's remembrances were quoted in an obituary published by the Jewish Telegraphic Agency:

When the French Jewish Resistance decided in 1944 to evacuate Jewish children hidden in an orphanage west of Paris, Resistance commander George Loinger called on Marcel Mangel.

Mangel, Loinger’s younger cousin, helped sneak the kids out of the Parisian suburb of Sevres to Annemasse, on the Swiss border.

The episode represented one of Mangel’s finest hours, but it was not what would make him world famous. After the war, Mangel changed his name to Marcel Marceau — after a general in Napolean’s army who hailed from the Alsace region — and became a world-renowned mime artist.

Marceau died in Paris on Saturday at the age of 84.

"The kids loved Marcel and felt safe with him," said Loinger, now 97. "He had already begun doing performances in the orphanage, where he had met a mime instructor earlier on. The kids had to appear like they were simply going on vacation to a home near the Swiss border, and Marcel really put them at ease."

The anecdote about Marceau persuading a unit of German soldiers to surrender by "miming" the imminent arrival of French forces appears to have been mythologized a bit in the telling. For instance, Loinger didn't mention Marceau's using pantomime to subdue the Germans in his 2007 account of the incident:

“He and several other French soldiers were in the field in Germany, though I don’t remember  where,” when a group of 30 German soldiers led by an officer surrendered to him,” Loinger recalls. “He brought them all back to his base as prisoners. Marcel always said that was his greatest exploit as a soldier.”

Marceau's own version of the story (as related to American historian Timothy Ryback in 1997) confirms that role-playing was integral to the event, but it does not imply that Marceau played a non-speaking part in that instance:

He claimed he had learned the power of illusion on a sun drenched afternoon toward the end of World War II while fighting with the French Resistance. He and a companion had entered a clearing and suddenly found themselves face-to-face with a unit of German soldiers. Startled, Marceau acted as if he was the advance guard of a larger French force and demanded the German surrender.

As Marcel related the incident, he suddenly sprang to his feet and struck a predatory pose. The night air filled with menace and, an instant later, triumph. Though it was well past midnight, I still see the helmets of the surrendering Germans glinting in that sunlight meadow.

Marceau confirmed that his first public performance as a mime was on a stage in front of 3,000 U.S. troops in Frankfurt, Germany after the war's end. "I played for the G.I.s and two days later I had my first review in the Stars and Stripes," he said in his Wallenberg Medal acceptance speech.

Observers sometimes remarked that part of the great mime's allure was a deep sadness that lurked at the heart of his performances. “You see the pain and the sadness in his mime skits,” Georges Loinger said after his cousin's passing. “The origin of that pain was his father’s deportation.”

Fittingly, Marceau is honored as both a victim and a hero of the Holocaust, the event that more than any other shaped the course of his life.

Marceau, Marcel.  "How I Worked in the French Resistance and Created Bip as a Figure of Hope."   Michigan Quarterly Review.  Winter 2002.