Is This a Photograph of a Rare Marbled Fuark?

This elusive creature is said to inhabit the sparse woodlands of Eastern Cambodia. 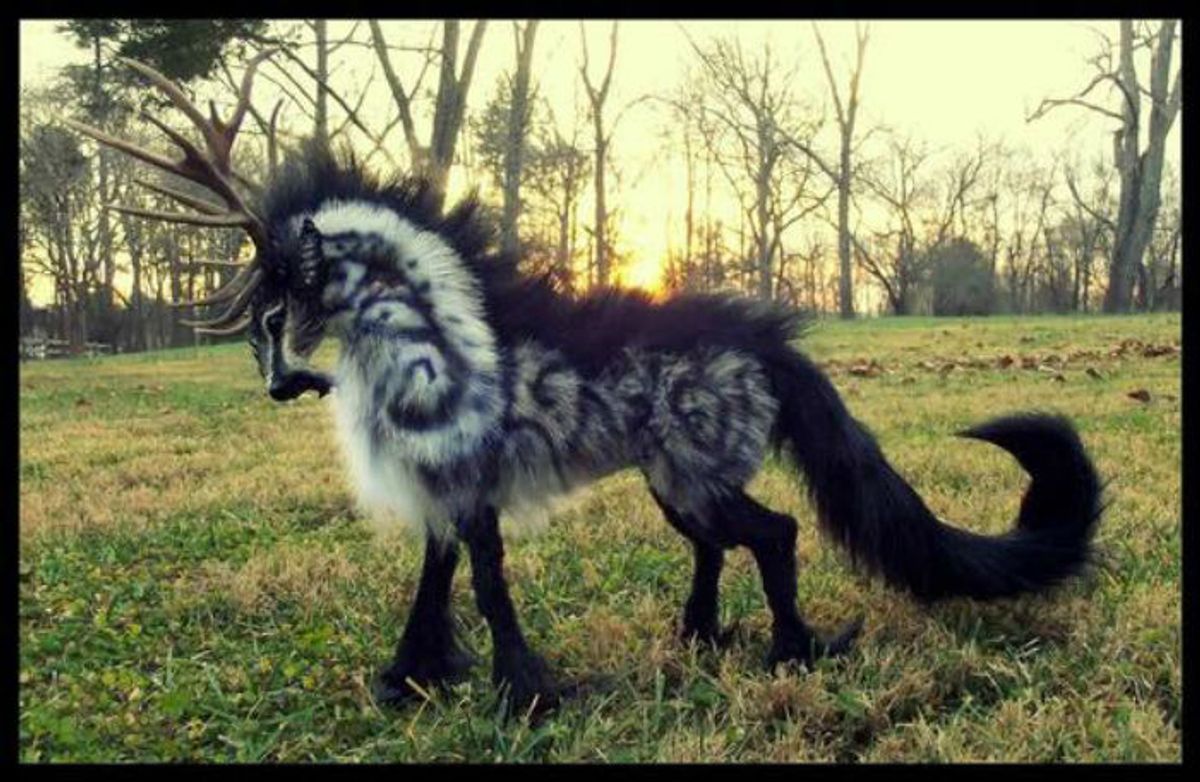 Claim:
A rare 'marbled fuark' was captured on camera in Eastern Cambodia.
Rating:

In August 2016, a photograph purportedly capturing an endangered and rarely-seen animal known as a "marbled fuark," found only in the sparse woodlands of Eastern Cambodia, began recirculating on social media.

As is often the case, this image does not depict a real animal, but rather a piece of artwork -- this one created by Lee Cross, an Alaskan artist who goes by the name "Wood Splitter Lee" on social media.

This particular piece, a "Hand Made Posable Fantasy Prehistoric Tundra Stag," was sold by Cross in 2012: This unique hand sculpted Posable Fantasy Prehistoric Tundra Stag is a one of a kind piece of art work being offered up for bid! He can be posed in many positions. This is a completely hand made fantasy creature. I hand sculpted the head and cloven hooves onto a posable frame that is wrapped in stuffing. I then hand paint the clay in Acrylic paints. The antlers are a type of resin and not made by me to insure that they are not fragile. There is not another creature like this in the world!

Lee Cross created another version of the "Prehistoric Tundra Stag" in August 2016: This isn't the first time that a custom handmade figurine has been mistaken for a real animal. Similar rumors have circulated about "baby owls," "furry albino tarantulas," and "Southeast African Monkeys."