Does This Image Represent a 'MAPs Pride Flag'?

Rumors holding that MAPs (Minor Attracted Persons) created a pride flag in an attempt to join the LGBTQ community originated with a troll experiment on Tumblr. 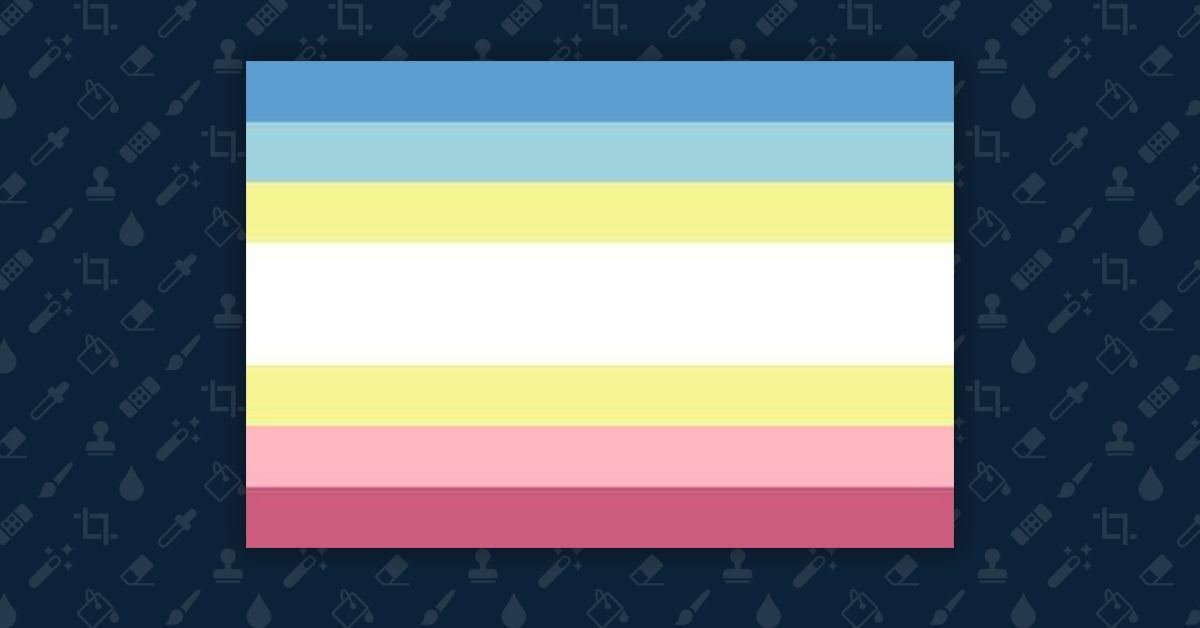 A number of fear-mongering campaigns over the years have attempted to link pedophilia to the LGBTQ community, despite an utter lack of scientific proof of any such connection. In December 2017, for instance, internet trolls spread a false rumor that the letter "P," representing "pedosexual," was being added to the initialism LGBT (for "lesbian, gay, bisexual, and transgender").

An eerily similar rumor was spread via social media in June 2018 in the form of an image purportedly showing a "MAPs (Minor-Attracted Persons) Pride Flag" supposedly created for Gay Pride Month: This picture does not represent a "MAPs Pride Flag." Rather, the image was created as part of a troll experiment on Tumblr.

When pictures of this "MAP flag" began circulating on Facebook, the posts typically included messages warning other social media users to be wary of anyone displaying this flag:

This is a Minor Attracted Person (MAP) (polished term for pedophile) flag. If you happen to see this flag on any Social Media Profile or someone using the term MAP in their bio, please REPORT the Pedophile running that account.

Websites such as the Daily Caller and "Attitude" picked up on this alleged "MAPs Pride Flag" and reported that pedophiles were "rebranding" themselves as "Minor Attracted Persons" in an attempt to be accepted by the LGBT community:

Paedophiles are trying to gain acceptance to the LGBT community by rebranding themselves.

In a bid to gain acceptance, they have rebranded themselves as MAPs or “Minor Attracted Persons” and have gone so far to even create a rainbow “Pride” flag for Gay Pride, but Twitter user, Communist Fish, posted a picture back in June to warn children to stay away.

The group attempt to claim that paedophiles are misunderstood people and if they do not act upon their attraction to children, they shouldn’t be marginalised.

Sites like The Prevention Project have started to post testimonials from paedophiles who are seeking help with their attraction, claiming everyone “needs support”.

The Prevention Project, an organization that helps minor-attracted persons find professional treatment, explicitly denied that the term "MAPs" was an attempt to "rebrand" pedophiles. Rather, they explained that this term was preferred as a broader reference that could accurately encompass hebephiles, pedophiles, and ephebephiles:

We also found no evidence that this flag originated in earnest as a MAPs Pride Flag. We reached out to the "Prevention Project, who told us they had never heard of this pride flag: "We’re experts in treating MAPs who have zero desire to harm anyone but want support to deal with the stigma of being a pedophile, hebophile or ephebephile. MAPs encompass these 3 terms. None of the MAPs we know (we know a lot) have talked about this [flag]."

This alleged "MAPs Pride Flag" appears to have originated on the Tumblr page "Don't Mistake Our Geography" on 13 June 2018, where it was posted with a brief explanation about what the colors in the flag supposedly symbolized to NOMAPS (Non-Offending Minor Attracted Persons) and an acknowledgement that the "pride flag" had just been created out of whole cloth:

The NOMAP community doesn’t really have a pride flag, so in honor of pride month I designed a NOMAP pride flag.

The top two stripes are blue to represent NOMAPs attracted to young boys.

The bottom two stripes are pink to represent NOMAPs attracted to young girls.

The inner stripes are yellow to represent childhood and general attraction to minors, regardless of their gender.

The middle stripe is white to represent our innocence and unwillingness to offend.

Please feel free to use this flag and make icons out of it etc! Hope you enjoy

At the time this Pride flag image was originally posted, the Tumblr page operated under a banner in support of MAPs and included a tagline claiming that the author was "possibly a MAP" and "definitely a supporter." However, the title of this page was later changed to "Y'all need a therapist, not a community," and the tagline was altered to read "Not an anti, not an ally, just a training psychologist with some fucking sense."

Here's a look at how the page was changed. The top image shows the Tumblr page as it was in mid-June, while it was claiming to be a MAP ally; the bottom image shows the page at the time of this writing, after it was revealed that the flag was bogus: Although we don't know the motivations of this Tumblr user, it should be noted that the person claimed to be a CSA (child sexual assault) victim.

Pedophiles are not rebranding themselves as MAPs to gain entry to the LGBT community, nor did they release an official "MAPs Pride Flag." As we noted in our article about the homophobic and false rumor that a "P" for pedosexual was being added to the initialism LGBT, no link has been established between pedophilia and homosexuality: