A joke about the size of a French naval ship went over the heads of some social media users. 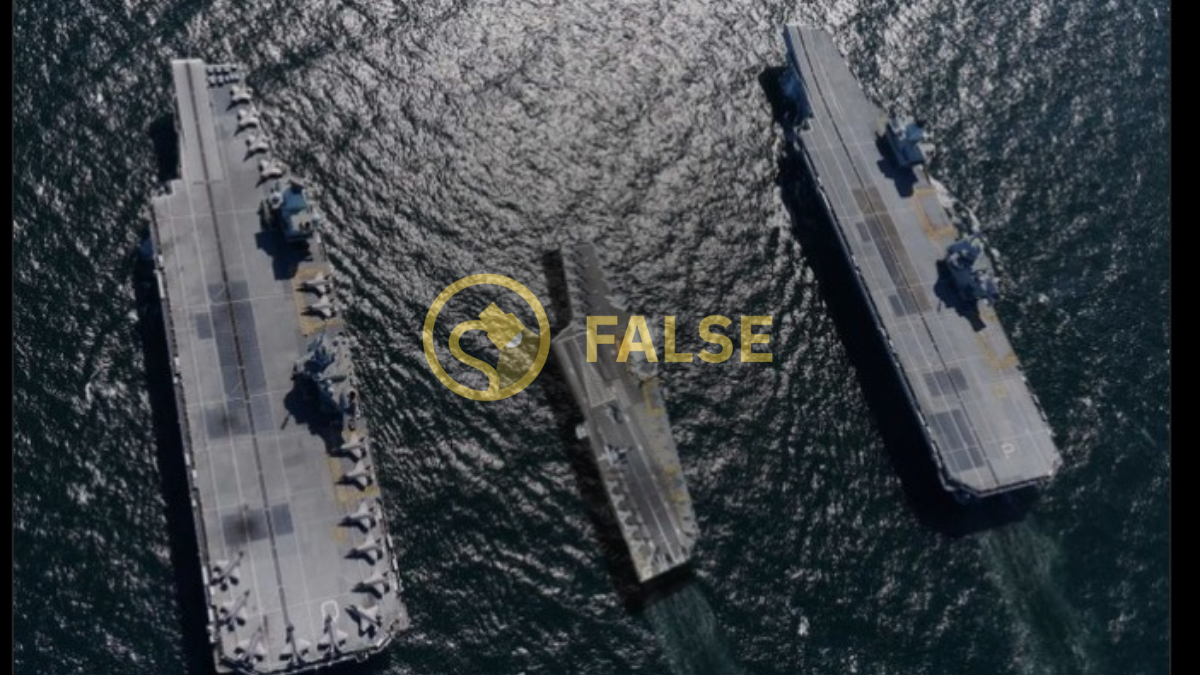 Fake photos and miscaptioned pictures are common on social media, but on April Fools' Day they can be difficult to escape. As a number of companies posted obviously humorous content for the annual prank holiday (such as non-existent "invisible earbuds" or a new mayonnaise made with Butterfingers), some fake photos were shared online that took a more discerning eye to detect.

The following photo of two large British Naval aircraft carriers and one tiny French ship, for example, was mistaken as genuine by a number of social media users in April 2022: This is not a genuine photograph of three naval ships. The small ship in the middle is a digital addition.

The above-displayed April Fools' Day joke was created by altering a genuine photograph from May 2021 of two British aircraft carriers, the HMS Queen Elizabeth and HMS Prince of Wales, after a naval exercise. An article posted to the website of Britain's Royal Navy reads:

Following the conclusion of Exercise Strike Warrior, the UK’s two new Elizabeth-class aircraft carriers HMS Queen Elizabeth and HMS Prince of Wales rendezvoused at sea for the first time as the former returned to Portsmouth.

Commodore Steve Moorhouse, Commander UK Carrier Strike Group said: “Having previously commanded both HMS Queen Elizabeth and HMS Prince of Wales, it was hugely exciting to be present as the two met at sea for the first time. I know that sense of pride and accomplishment is shared by thousands of others, military and civilian, who have contributed to the Royal Navy’s carrier renaissance over the past decade or more.

We were able to find the original photograph by performing a reverse image search. Here's the genuine photo: Allison, who posted the above-displayed image for April Fools' Day, created this fake picture back in May 2021 for the UK Defense Journal. Here's the original post: