A photograph purportedly showing a supine man on a beach near a mountain resembling his outline is, hilariously, genuine. 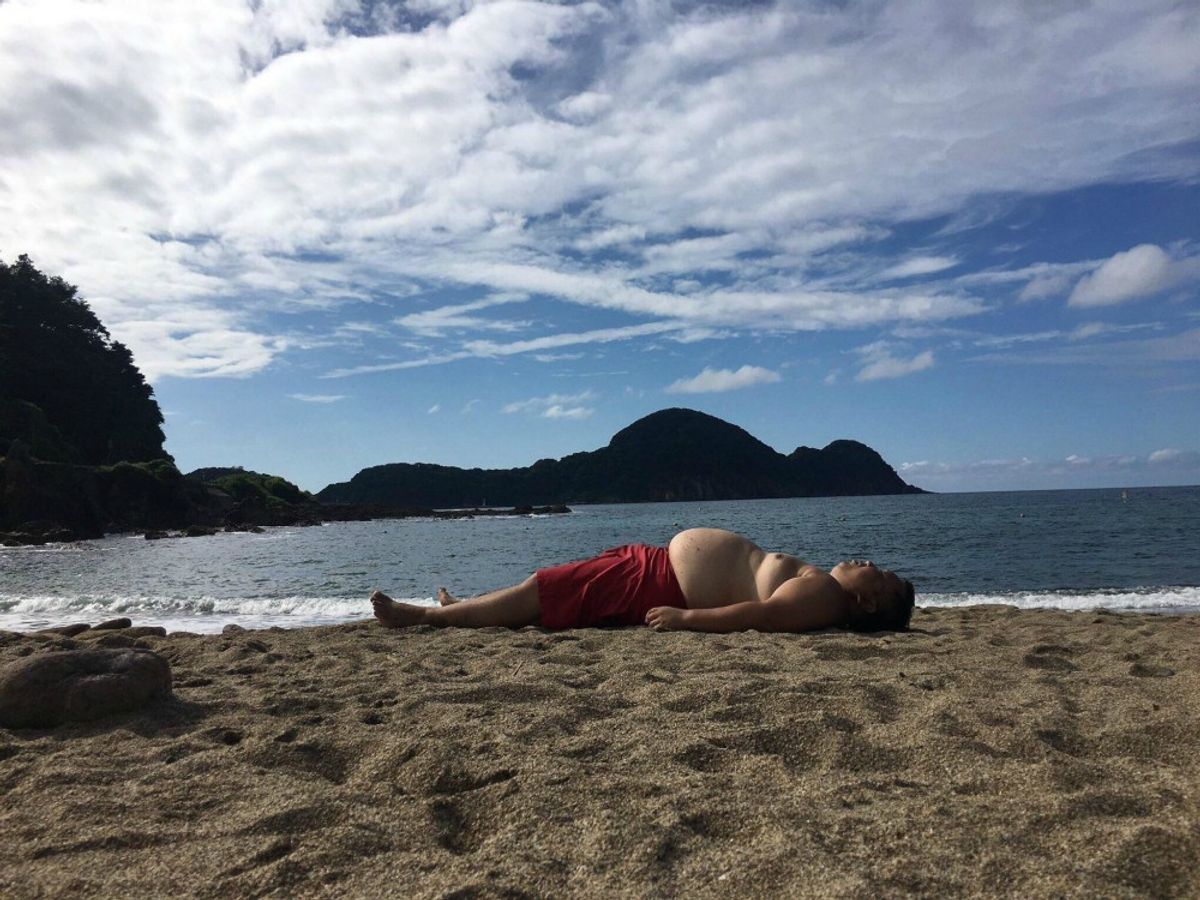 Claim:
A photograph shows a man on a beach near a mountain that resembles his outline.
Rating:

In August 2017, a photograph made its rounds on social media that purported to show a man on a beach next to a mountain that suspiciously reflects his body shape: The photograph was originally posted to Twitter by LOUDSTORM-MATS (who is also featured in the image) on 16 August 2017 along with the caption "a miracle" (奇跡の一枚).  The photograph features the Takeno coast beach near Toyooka in the Hyōgo Prefecture of Japan, and shows the Nekosaki Peninsula in the background.

We managed to find several other photographs of this land formation (but none that also included a man resembling the mountain's proportions): The land formation is nicknamed "Kewpie Peninsula" because it looks like a Kewpie doll asleep on its back:

Nekozaki Peninsula, found in Takeno near Takeno Hama Beach, juts out into the Sea of Japan and is the northern most point in Hyogo Prefecture. Nekozaki, in Japanese means crouching cat and looks like such from inland. The locals also give it the nickname of Kewpie because it looks like a sleeping Kewpie from the coast to the east of the peninsula, the head being the tip of the peninsula.

The nickname "Kewpie Peninsula" has given rise to a whole genre of joke images: