Man Punches Kangaroo to Save Dog

A viral video showing a man hitting the marsupial has sparked calls for him to be fired from his position as a zookeeper. 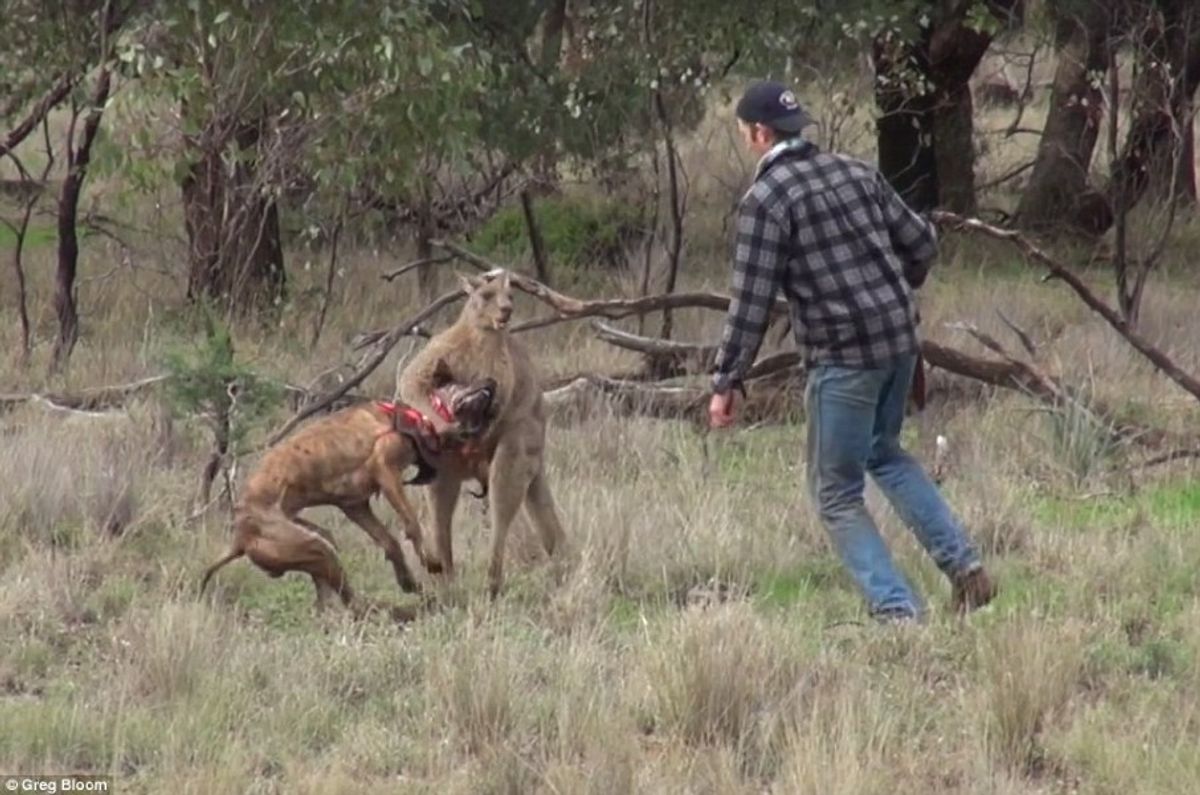 Claim:
A viral video shows a man punching a kangaroo in the face to save his dog.
Rating:

In December 2016, a video went viral, purportedly showing a man punching a kangaroo in order to save a dog:


While the footage depicts a real incident, it initially seemed to leave viewers with more questions than answers. We do know this: the man featured in the video is Greig Tonkins, a zookeeper at Australia's Taronga Western Plains Zoo, who was on a pig hunting trip with a group of friends in June 2016 when a kangaroo grabbed his hunting dog, Max.

Matthew Amor, who organized the trip in support of a friend who was battling an incurable disease, detailed the events that led to his friend punching a kangaroo to News.com.au:

Mr Amor said it was totally out of character for his friend, Mr Tonkins, to hit the marsupial, describing him as a “placid bloke”.

“My mate has a good government job, so he’s gone pretty quiet on this,” Mr Amor laughed.

“We were driving along, the dogs are loose. They are trained to smell pig’s blood, and picked up a scent.

“The dogs went past 20 kangaroos, which they are trained not to touch.

“Anyway, this big buck got a hold of my friend’s dog. It just grabbed him.”

Shortly after the video went viral, many people called on Taronga's Western Plains zoo to fire Tonkins for punching the kangaroo. However, the zoo released a statement on 6 December 2016, saying that the incident did not put Tonkins' position in jeopardy:

Best practice animal welfare and the protection of Australian wildlife are of the utmost importance to Taronga. Taronga strongly opposes the striking of animals and does not support the practice of using dogs to hunt, as this can result in negative welfare for both species. We support the Guidelines outlined by the Department of Environment and Heritage in the event of confrontation with a kangaroo.

However, the highest standards of animal welfare and care are a core value of Taronga and one that we expect our staff to uphold in all their interactions with wildlife and we continue to work with Mr Tonkins on his conduct in regards to this incident.

Kangaroos are often portrayed as cuddly and gentle marsupials and are generally docile, but can be quite vicious and even dangerous (kicking with their muscular back legs, using feet topped by razor-sharp nails as weapons) when they feel threatened (often by dogs).

In this case, though, all parties — dog, man, and kangaroo — emerged from the confrontation relatively unscathed.