Did a Man Poop In a Mop Bucket in NYC's Subway?

We can't speak for all NYC mop buckets, but this video ...? 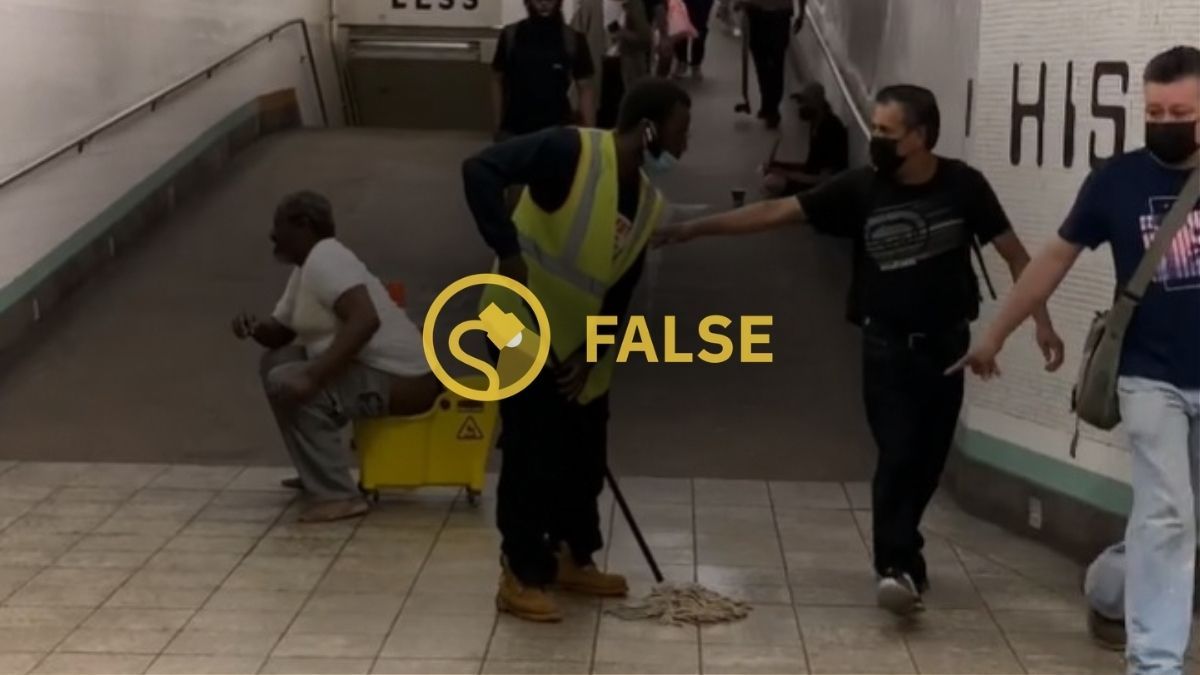 Claim:
A video shows a man defecating in a mop bucket at a New York City subway station.
Rating:

In July 2021, a video that supposedly showed a man defecating in a mop bucket at a subway station in New York City went viral on social media. One of the most popular posts came from Ian Miles Cheong, a resident of Malaysia who has amassed an alt-right following on social media, who claimed that the video showed Mayor Bill "De Blasio's New York City":

This is not a genuine video but a staged comedy prank sketch from comedian Morris Cornbread.

This video was originally posted to the Instagram page of Cornbread, a comedian who films various pranks and stunts around New York City, on July 3, 2021. While the passersby may have not been aware of what was going around, the main characters in this video are actors.

Cornbread, who identifies himself as an actor on his Instagram page, tagged a few other New York-based comedians in the original post. It appears that the man on the bucket is comedian Tino Romero and the MTA worker appears to be Cornbread.

Cornbread has filmed a number of similar staged pranks for "The Cornbread Show." Here's a look at some similar content from that show: