Man Takes Photographs in Women's Bathroom Because of New Laws?

A Pennsylvania man was arrested for alleged invasion of a women's bathroom, but he was not transgender or legally allowed to film there. 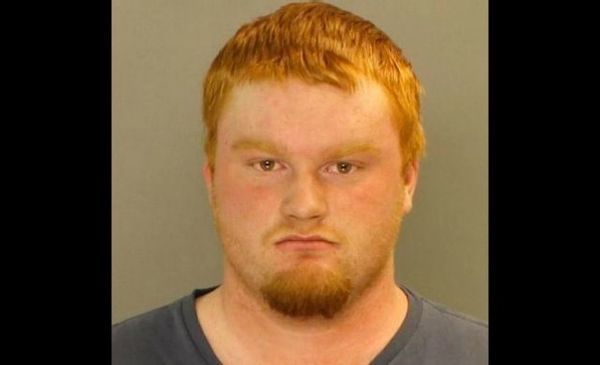 Claim:
Due to new laws and policies allowing transgender people to use the bathroom that matches their gender identity, a Pennsylvania man snuck into a women's restroom and took photographs of a young girl.
Rating:

A Pennsylvania man was arrested for entering a women's restroom and allegedly taking photographs of a young girl.

The case wasn't in any way related to transgender bathroom controversies; no provision of any bill or policy allows men to enter women's restrooms; photographing anyone in bathrooms or restrooms without their knowledge or consent is illegal.

On 21 April 2016, the web site Breitbart published an article reporting that due to growing acceptance of policies and bills allowing transgender people to use the bathroom which matches their gender identity, a Pennsylvania man was arrested for entering a women's bathroom and allegedly photographing a young child.

Breitbart focused little on the arrest, immediately conflating the unrelated incident with a controversy over transgender individuals and bathrooms:

Quarryville, PA, resident James Thomas Shoemaker, 19, was arrested last week when he was found hiding in a stall of the women's bathroom in the Sheetz store on Manheim Pike. Police said he was taking images of young girls on his cell phone.

The arrest comes as progressives step up their judicial and media push to force American adults and youths to share all of their public bathrooms and changing rooms with the small number of people who try to live and look like people of the opposite sex. In mid-April, for example, Target stores announced they would only allow mixed-sex changing rooms and toilets. On April 21, media outlets claimed that Donald Trump supported the progressive campaign to eliminate single-sex bathrooms.

The Breitbart article cited another piece from the same outlet, saying that another, similar incident took place in California in April 2016 (and implying that it was due to Target's bathroom policy changes). The referenced incident actually occurred in 2013, and was also completely unrelated to transgender people:

The arrest in Pennsylvania comes about two weeks after the arrest of a man in California who was dressed as a woman and caught taking video of women in a Macy’s store women’s restroom.

Filming individuals is illegal under a variety of laws. According to local news reports, the incident was a crime that had nothing to do with transgender bathroom policies or controversies:

A Quarryville man is accused of taking pictures of a 10 year-old girl using the bathroom. It happened last Thursday at the Sheetz located at 1180 Manheim Pike around 9:55pm. The victim told her mother, who was waiting outside the bathroom for her, that while she was in the bathroom, a man was in the adjoining stall, and the girl saw the man holding his phone over the top of the stall. Employees told police that this man had been in the bathroom for approximately an hour. Police found the suspect, James Thomas Shoemaker, 19, inside of a bathroom stall in the women’s bathroom. They say Shoemaker was in possession of a phone as described by the victim.

Claims that such behavior was a result of transgender individuals using bathrooms were easily disproved. Incidents of the same (illegal) nature occurred at least two times in 2011, again in 2012, and another three times in 2013. In all cases, the incidents made the news because filming people in bathrooms without their knowledge or consent was (and remains) illegal.

Associated Press.    "US Man Arrested After Woman Spots Him Inside Septic Tank Beneath Toilet." 09 July 2013.