Was a roofer who'd tied his safety rope to the bumper of his wife's car dragged down the street? 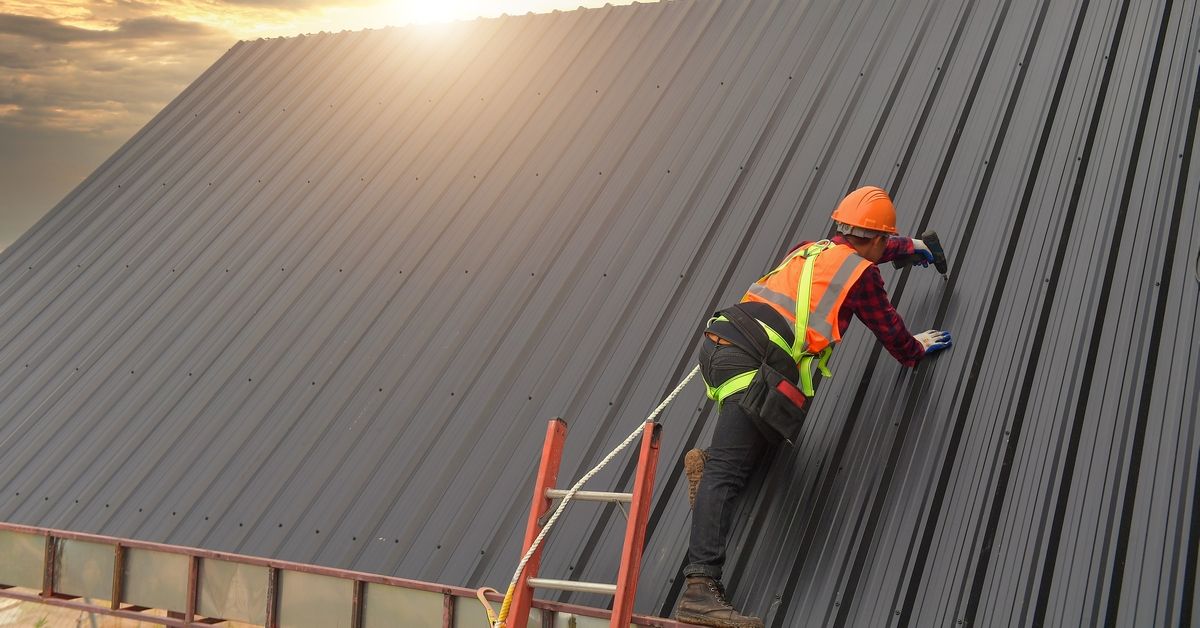 Claim:
A roofer who foolishly tied his safety rope to the bumper of his wife's car is dragged off the roof and down the street.
Rating:

A 32-year-old roofer was jerked to the ground and dragged almost 200 feet when his wife drove away in the family car with his safety rope tied to the bumper!

David Willis was hospitalized with a broken leg, cracked ribs, concussion and numerous bumps and bruises after the bizarre accident.

But he told reporters in Cape Town, South Africa, that he's lucky to be around to talk about his close call.

"One second I was hammering the roof and the next I was plowing up tomato plants in the garden," he continued.

"Everything happened so fast it was like a dream. But I was in so much pain I knew that what was happening was real."

Willis said the drama unfolded a few minutes after he climbed onto the roof of his house to replace some weather-beaten shingles.

He tied one end of a safety rope to the chimney and pulled the loose end through the belt loop in his pants. He then dropped the rope down to his 9-year-old son and told him to attach it "to something secure."

The dutiful child promptly tied the rope to the bumper of his mother's car and scampered off to a nearby park to play.

"My wife and I spoke to each other as she got into the car to go shopping," said Willis.

"But neither of us noticed that the rope was tied to the bumper."

"I turned around and started hammering on a shingle just as she pulled away. I hit the ground hard and shot right through the garden fence."

"I figured I was dragged about 200 feet through the grass before the rope finally broke."

Willis' wife Michelle didn't realize what happened and drove off into the distance.

A neighbor found Willis writhing in his front yard and called an ambulance.

"I'm in no condition to spank my son even if I wanted to," said Willis.

"Actually, I don't think I need to. He knows his thoughtlessness almost killed daddy."

Although he was rather afraid of heights, an aspirant DIY [do it yourself] man decided to repair his house chimney. Tying a rope to the ladder, he threw the other end over the roof and anchored it to the rear bumper of his car.

He was half-way up the ladder when his wife came out and got into the car to go shopping. "I wondered what the scream was as I drove away," she told the coroner at the inquest into her husband's death.

Origins: Weekly World News article or not, no one should be overly tempted to mistake the first example for an actual event. The "man on the roof" tale has been a popular urban legend since at least the mid-1960s.

What inspires the intrepid home improver to ascend to those dizzying heights varies from telling to telling: he's there to adjust a malfunctioning TV antenna,

to push down a heavy accumulation of snow, to fix a chimney, or to hammer down loose shingles. Sometimes the plan is to hoist him halfway up the side of the house (to fix a window or slap some paint on) by having a friend slowly back the car away, but even this always goes wrong. One non-roof version features a mechanic repairing the wing of a large aircraft while secured by rope to a portable piece of large ground equipment which, of course, gets ported away while he's tied to it.

The brave soul flung through the air is always a man, and most of the time the one who thoughtlessly drives off without noticing a rope tied to the car's bumper is his wife. When what she's off to do is described, it's invariably a typically female pursuit — she's going shopping or heading to the beauty parlor.

The stereotypes of the foolhardy yet enthusiastic weekend handyman and the shopping and beauty-obsessed woman are obvious. Shortcomings of both contribute to the accident.

Sightings:   In an episode of the TV show Emergency! ("The Game," original air date 25 September 1976), a man on a roof tosses his safety rope to his son, who ties it to the bumper of Mom's car. Mom and daughter come out of the house, get into the car, and drive off, in the process flinging the man into a tree and breaking his leg.