Did a Man Lose His Hands on Space Mountain? 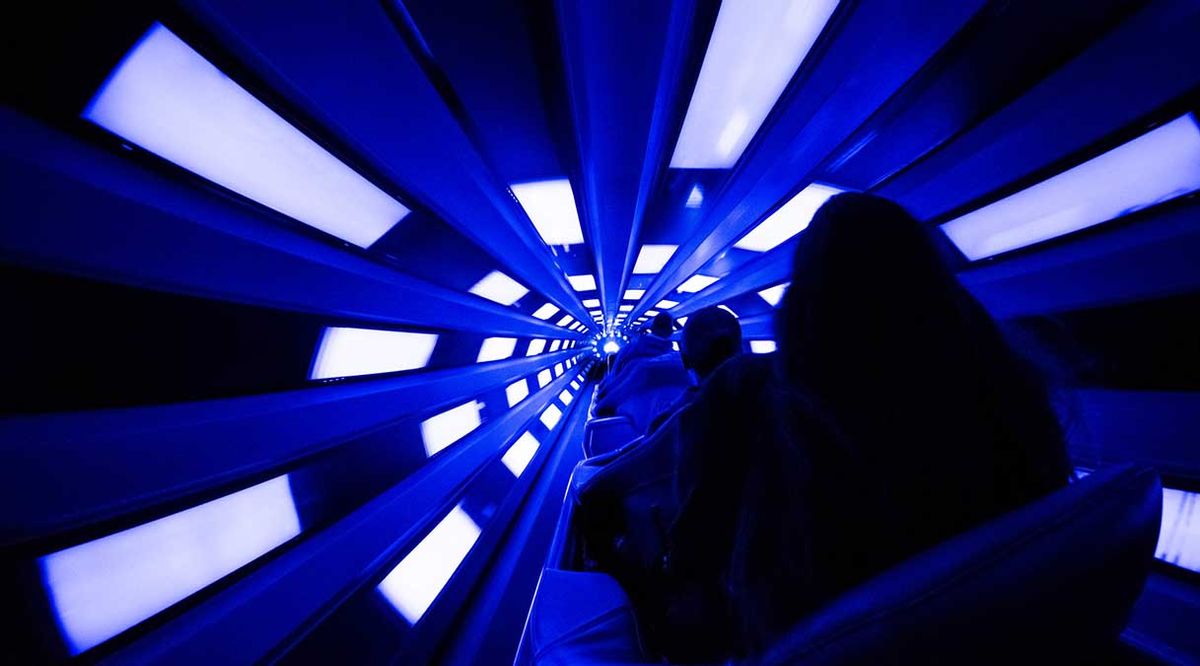 Claim:
The lights will now be on permanently inside Space Mountain after a man lost his hands while riding the indoor roller coaster.
Rating:

In early January 2023, readers searched for answers after seeing a rumor that said a man lost his hands while riding Space Mountain. One headline on Mouse Trap News read, "Man Seriously Injured on Space Mountain at Disney World." Another one reported the purported news that resulted from the injury, which said, "Space Mountain Will Keep Lights On Permanently."

The indoor roller coaster is one of the more famous rides inside the Magic Kingdom at Walt Disney World Resort in Orlando, Florida.

The truth was that Mouse Trap News is a satire website, which meant that the rumors about a man losing his hands and the lights being kept on permanently inside Space Mountain were both completely fictional. They had all simply been made up for fun.

We've reported in the past about park guests who have lost their lives from incidents on Disney Parks attractions, as well as a rumor that said guests who died are removed from the park so that they are declared dead elsewhere.

We also published an article about the grisly death of Deborah Gail Stone, who died while working the America Sings attraction at Disneyland in 1974.

As for the satirical stories on Mouse Trap News, the first one about the injury was published on Dec. 29, 2022. Here's part of the article:

At approximately 12:15 PM, a man boarded Space Mountain with his family. While on the ride he raised his hands in the air as their car flew down the track. During the largest drop on the ride his hands struck the track above head. At that time, the car was traveling at its top speed. The force of his hands hitting the track was enough to essentially tear them clean off.

According to the other guests in the same car as him, the man was screaming with joy for the first part of the ride. At one point they heard a loud clunk noise, which they thought was an issue with their car. They then heard the man screaming out of what sounded like pain and fear. This apparently made them even more worried. They feared there was something wrong with their car and that they were in trouble and may crash. It wasn't until they pulled into the station with lights on that they realized what happened.

Space Mountain cast members initiated an emergency stop of the attraction immediately. They called the paramedics, who arrived in minutes. They rushed the man to the hospital to treat his injuries. The man is in stable condition, however, an injury like that is life altering.

A TikTok video was published for this story as well:

In the past, we debunked a false rumor that claimed a boy and girl hopped off of Space Mountain while the ride was in motion and pretended that one of them died on the track, all as a prank on Disneyland cast members. We also wrote about tales of a ghost named "Mr. One-Way" who supposedly haunts the ride.

We even once wrote about a video that showed what Space Mountain looks like when all of the lights are on.

Note: Here's why we sometimes fact-check humor and satire on our website.