Did an Undocumented Immigrant Kill a Man Who Criticized Trump's Immigration Policies?

Multiple websites saw an irony surrounding the death of Sean Buchanan in Colorado in August 2019. 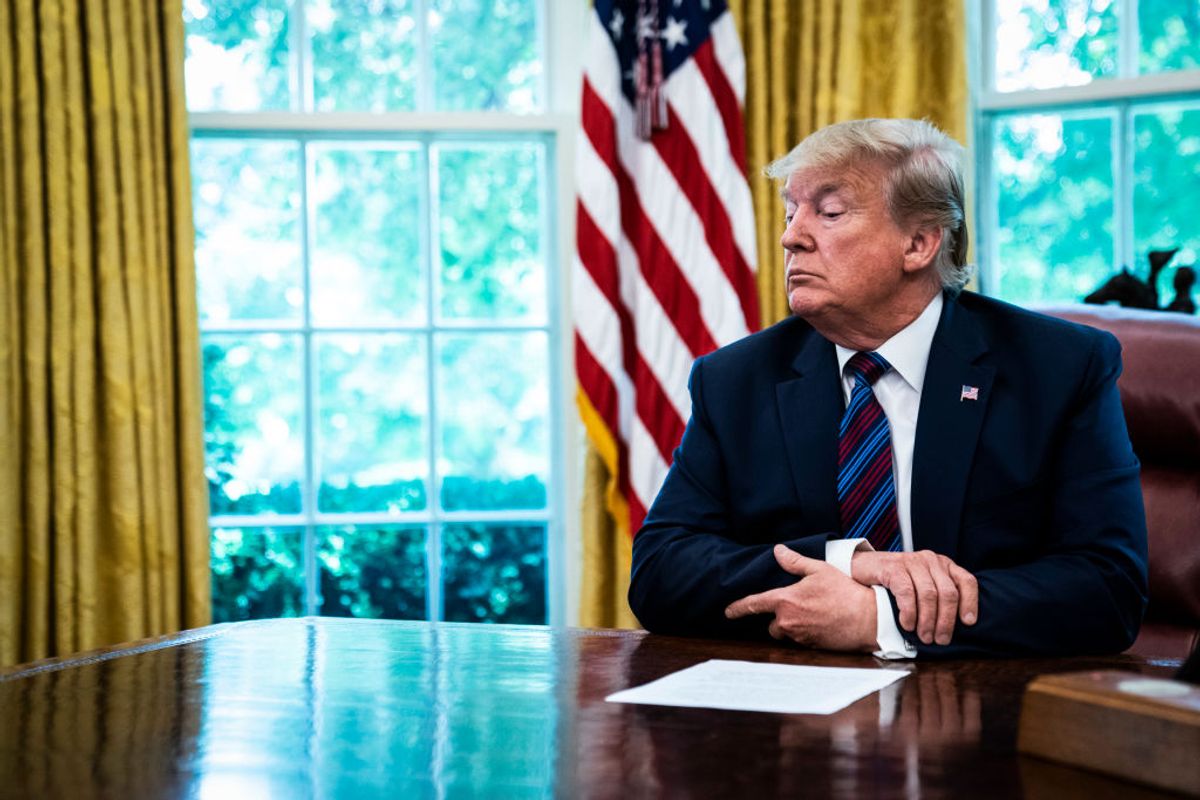 Buchanan did, on at least a few occasions on social media, criticize President Donald Trump and his immigration policies. The man driving the other vehicle involved in the crash that killed Buchanan was Miguel Ramirez-Vallente, an undocumented immigrant from El Salvador. Colorado State Patrol has said Ramirez-Vallente caused the collision.

Ramirez-Vallente has not yet been convicted of causing the death of Buchanan, so we cannot definitively corroborate the claim that he "killed" Buchanan.

We received multiple inquiries from readers in October 2019 about the accuracy of various reports claiming that a Colorado man who supported the rights of undocumented immigrants, and railed against U.S. President Donald Trump's immigration policies, had himself been killed by an undocumented immigrant.

On Aug. 9, the website Pluralist published an article with the headline "Man Who Slammed Trump for 'Racist' Immigration Policies Killed by Illegal Immigrant." The article reported that:

"A man who criticized President Donald Trump’s immigration policies in the name of progressive Christianity was killed last week by an undocumented immigrant who avoided deportation by hiding in a local 'sanctuary church.' Sean Buchanan, a father of five from Colorado Springs, was driving his motorcycle on Highway 83 when Miguel Ramirez Valiente [sic] swerved into his lane and killed him. The immigrant was charged with reckless driving with a revoked license."

Similar versions of the story were subsequently published by several other websites. Initial media reports named the accused immigrant as "Miguel Ramirez Valiente," but according to court records we obtained, his name is "Miguel Ramirez-Vallente."

Many of those posts appeared to suggest a certain irony at work in the story, and some online commenters reacted with glee and gratification to the circumstances surrounding Buchanan's death. Others saw fit to post political arguments against immigration on a tribute page set up by the company that oversaw Buchanan's funeral service.

Notwithstanding the commentary that has surrounded Buchanan's death, the reports in question did present an accurate account of some key facts but arguably rushed to judgement in describing one person involved in the fatal collision as having "killed" the other.

Buchanan did, on at least few occasions, express strong criticism of Trump and his policies, in particular the policy of separating undocumented immigrants from their children after they are caught and detained at the southern border of the United States.

The man who drove the other vehicle in the collision that killed Buchanan, Miguel Ramirez-Vallente, was indeed an undocumented immigrant from El Salvador. According to Colorado law enforcement, Ramirez-Vallente was responsible for the crash, but as of October 2019, he had not been convicted on any charge, although he was charged with careless driving leading to Buchanan's death. As of October 2019, it is premature to state definitively, as so many reports did, that he "killed" Buchanan.

Buchanan's Facebook page does not show any publicly visible posts relating to politics or immigration, and his Twitter account has been set to "protected," meaning only approved followers may view what he had posted. However, archived links to some of his tweets show that he did, on at least a few occasions, express strong criticism of Trump and his immigration policies, in particular.

In September 2018, the actor and left-leaning activist George Takei tweeted a criticism of the Trump administration's policy of detaining immigrant children in cramped conditions at border detention centers, separate from their parents and guardians. He wrote:

"The question for us is not just 'How did this happen?' It is also 'Have we learned?' America failed my family and community when it locked us inside camps for years. Have we learned? I ask because detention camps hold over ten thousand kids. Today. America: Have We Learned?

"I used to think that #racism and ignorance on this scale would just die off with older generations, but as [George Takei] points out - it continues to be handed down. #notdone #resist #freethekids."

Based on the context, and the nature of the tweet to which he was responding, it is reasonable to conclude that Buchanan was characterizing the Trump administration's border detention policy as being informed by racism and ignorance. In July 2018, Buchanan tweeted out a recommendation of a 2016 New York Magazine article that likened Trump's success in that year's Republican presidential primary to the rise of Hitler in 1930s Germany. Although Buchanan remarked only "Interesting read," the article was clearly unflattering towards Trump, and Buchanan's recommendation of it provides further evidence (albeit not definitive proof) of his negative view of the president.

In November 2015, Buchanan encouraged his Twitter followers to speak out against Congressional efforts to limit immigration from Syria, writing: "URGENT: Congress voting on a bill that will close our borders to Syrian #refugees tomorrow! Tell them NO."

That tweet did not mention Trump, but it provides further proof that Buchanan clearly held views on immigration that were radically opposed to those promoted by the president.

According to an account given to ABC 7 by Buchanan's wife, Kathy, the couple and their children were in the process of moving from their house in Colorado Springs to a new home in Castle Rock, and Buchanan was set to start a new job in Denver.

On Aug. 2, they arranged to drive to the new house together, but Buchanan decided at the last minute to take his motorcycle, meet his wife at the house, drop off the motorcycle, and then drive back to Colorado Springs together in their car. The crash that killed him took place that morning along Highway 83. ABC 7 reported that:

"[Colorado State Patrol] says Miguel Ramirez Valiente [sic] went off the side of the road on Hwy 83, over-corrected into the opposite lane and hit Sean Buchanan. Valiente [sic] pleaded guilty to DUI in 2018. He was charged with careless driving with a revoked license for the crash that took Buchanan’s life."

A spokesperson for the Immigration and Customs Enforcement agency (ICE) later told ABC 7 that Ramirez-Vallente was an undocumented immigrant from El Salvador who had been taken into ICE custody. ABC 7 reported that:

ICE spokesperson Alethea Smock said Friday that he was in ICE custody and provided more information about his immigration case. Smock said Ramirez Valiente [sic] was first discovered in the U.S. in August 2005 after he entered the country illegally in El Paso, Texas. He claimed he was from Mexico at the time and he was removed back to the country that day, Smock said.

It’s unclear when he re-entered the country, but he was again picked up by ICE after his April 2011 arrest in Douglas County for reckless endangerment – a charge that was later dropped. Smock said Ramirez Valiente [sic] was issued a notice to appear in immigration court and that he was released from ICE custody after he posted bond.

He pleaded guilty in March 2018 to the 2017 DUI charge, and in October 2018, was ordered in absentia to be removed from the U.S. by the Executive Office for Immigration Review. He requested the same office reopen his immigration case in February, but that request was denied, Smock said.

She said that after his most-recent citation following the crash, he has been taken into ICE custody. “He is currently in ICE custody and has filed an appeal of the denial of the motion to reopen with the Board of Immigration Appeals,” Smock said.

Although the Colorado State Patrol has indicated Ramirez-Vallente was responsible for the collision that killed Buchanan, and despite his history of dangerous driving, he has not yet been convicted of causing Buchanan's death.

Prosecutors in Douglas County, Colorado, have charged him with "driving under restraint" (for driving with a revoked license) and "careless driving resulting in death." A pre-trial conference was scheduled to take place on Oct. 29, 2019.

As such, we cannot yet definitively support the claim, made in many of the articles cited above, that Buchanan was "killed by" Ramirez-Vallente. If that set of circumstances changes, we will update this fact check accordingly.