A clip from the movie 'Grown Ups 2' featuring a shopper being struck by an inflatable raft inside a department store is frequently circulated as genuine. 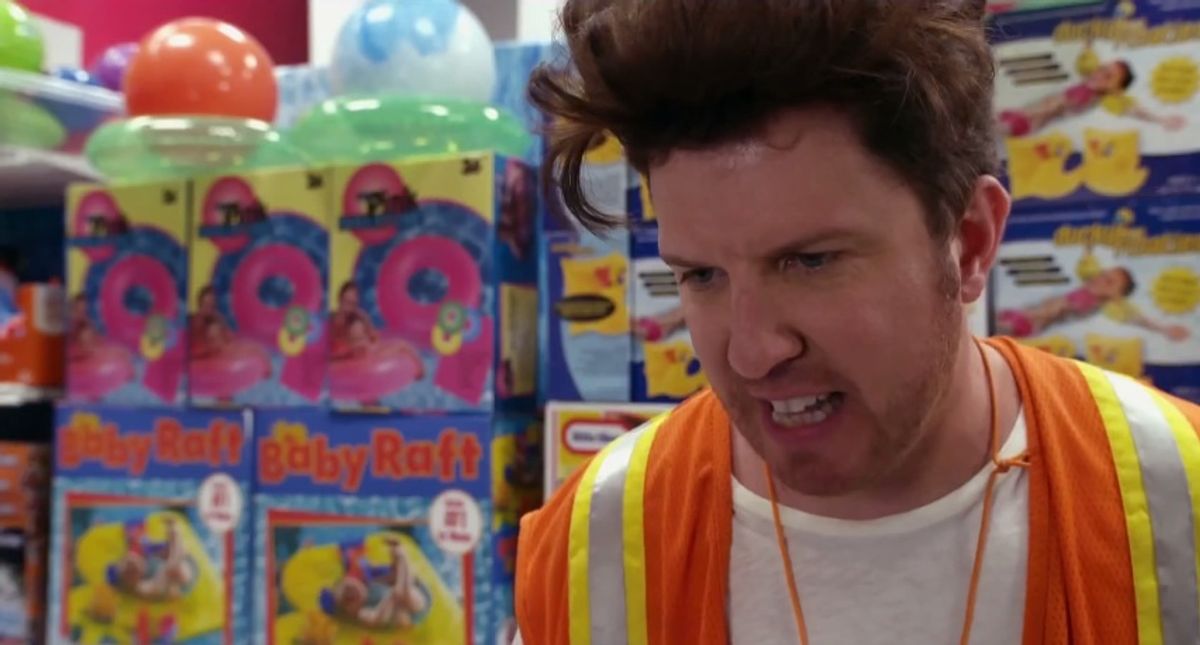 Claim:
A video shows a shopper being struck by an inflatable raft inside a department store.
Rating:

A video showing a hapless shopper being struck by an inflatable raft and thrown into an aisle of shelves at a department store is frequently shared online as genuine footage taken from a CCTV (closed-circuit television) security camera. One of the most popular versions, which has been viewed more than 10 million times, was posted by the Facebook group Vomitorium on 5 June 2016:

This video, however, does not show genuine security camera footage taken at a department store. This clip is an excerpt the 2013 comedy film Grown Ups 2 and shows actor Nick Swardson (or at least a CGI version of him) being hit by an inflatable raft: