Man Finds Buried Chain, Pulls It Up, and Jumps Back?

Wales is a long way from Alabama. 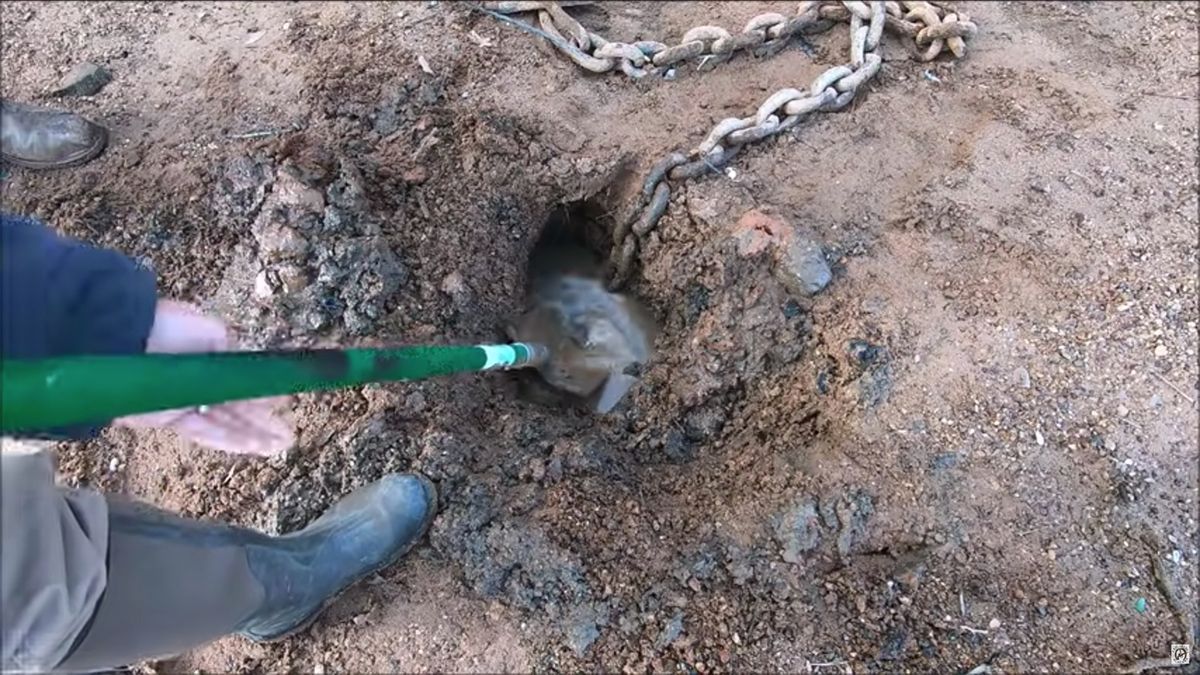 Online ads and YouTube videos claimed man finds buried chain and said he would keep pulling the old buried chain. However, this was all misleading. (Image Via Exploring Alabama/YouTube)

Claim:
A man pictured in online ads and YouTube video thumbnails found a buried chain, pulled it up, and jumped back.
Rating:

The "man finds buried chain" ad appeared online like this: Similar to the ad were several popular YouTube videos, some of which lasted more than 30 minutes. One of the videos on the "Did You Know?" channel was titled: "Man Finds Old Buried Chain on Farm, Pulls Up Something Incredible." Another said: "Man Finds Old Buried Chain, His Gut Then Tells Him To Keep Pulling." A third video on the "Trending Stories" channel read: "Man Uncovers Old Chain With Metal Detector, Has No Idea What’s On The Other End." Some of these videos mentioned that the chain purportedly "revealed a dark past."

The truth was that the "man finds buried chain" ad and videos were misleading clickbait. The ad led to a 53-page slideshow article on the Post Fun website that was titled: "Metal Detecting Enthusiast Discovers An Ancient Buried Chain, And His Instinct Tells Him To Keep Digging."

Both the article and the YouTube videos told a lengthy and perhaps dramatized version of a real story. It was about a man with a metal detector named Mike Smith. He once found the remains of a Celtic chariot in Wales. However, the interesting find of the chariot's remains did not involve Smith or another man finding a buried chain. BBC reported on the facts of Smith’s discovery back in 2018 and 2019.

The pictures that appeared in the "man finds buried chain" ad and also the thumbnail images for the videos were from a completely different story.

They were from several videos shot in Alabama in 2019 by the "Exploring Alabama" YouTube channel. In those videos, a bulldozer was used to pull a 13-foot (4-meter) chain out of the ground. They found that the chain was attached to an old 6-foot (1.8-meter) piece of railroad track. The men also located several decades-old old bottles, including two for Lucky Tiger hair tonic.

The same moment that appeared in the ad above with the chain in the ground can be seen at the 2:16 mark in this video:

The chain is pulled up at the 4:36 mark in this other video:

Nowhere in either of these two stories did a man "keep pulling" a chain out of the ground with his own hands, nor did a man "jump back" after doing so, as the YouTube video titles claimed.

In sum, the "man finds buried chain" ads and videos that led to stories about Smith conflated two real stories into a misleading excursion for readers and YouTube viewers.

For further reading, we previously reported on another misleading online ad that also conflated two stories. That time, the subject was about baby elephant rescues.