Was Malia Obama Busted While Streaking at Harvard?

Reports that Malia Obama was arrested after being caught drinking while underage and running naked across the Harvard campus are fake news. 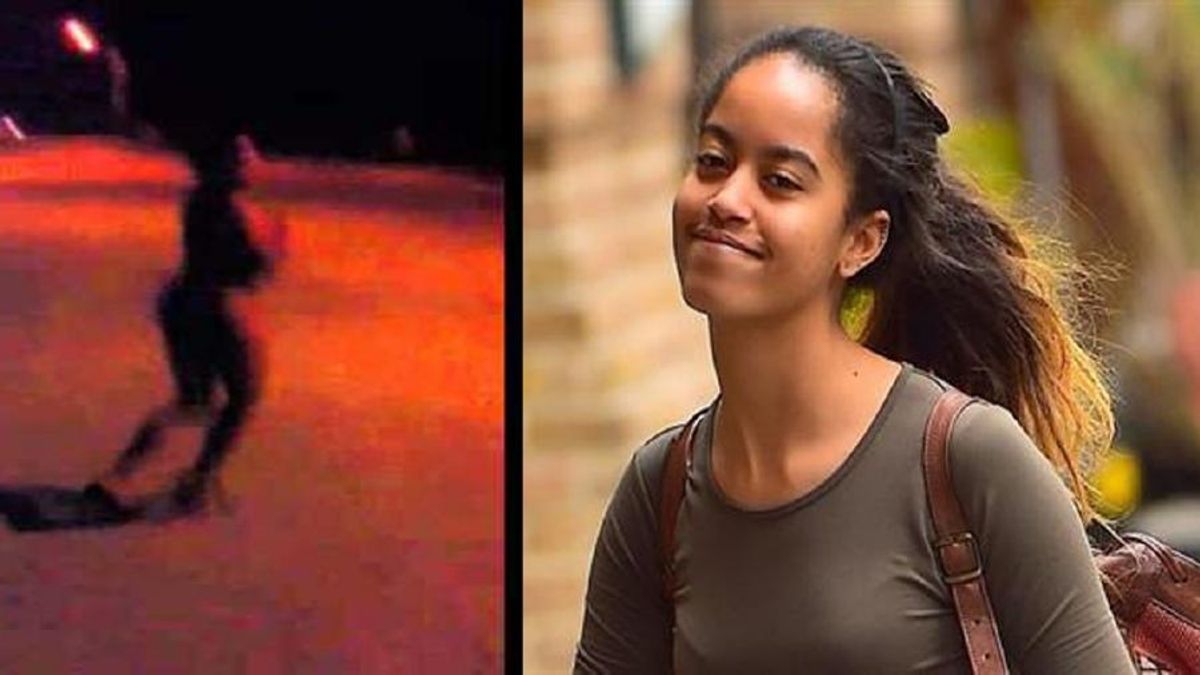 Claim:
Malia Obama was arrested after being caught drinking while underage and running naked across the Harvard campus.
Rating:

On 19 January 2018, the America's Last Line of Defense published an article reporting that former first daughter Malia Obama had been arrested after being caught drinking while underage and running naked across the Harvard campus:

Malia Obama has gotten herself into trouble yet again after a stupid “Thirsty Thursday” night stunt. Every week, college students drink themselves into oblivion the day before the last day of classes for the week, and Malia Obama — who is under the legal drinking age of 21 — is no different.

Apparently, the elder Obama daughter had a bit too much to drink and, according to Harvard Campus Safety, took a “dare” from her friends to streak across a parking lot with her boyfriend.

None of this was true. This story was a fabrication that originated with America's Last Line of Defense, which is part of a network of fake news sites that spread political misinformation under the guise of proffering "satire." False stories about Malia Obama's being arrested or otherwise penalized by her school for inappropriate behavior are a common theme at America's Last Line of Defense.