Do Male Honey Bees Die From Climaxing During Sex?

And do their testicles explode? 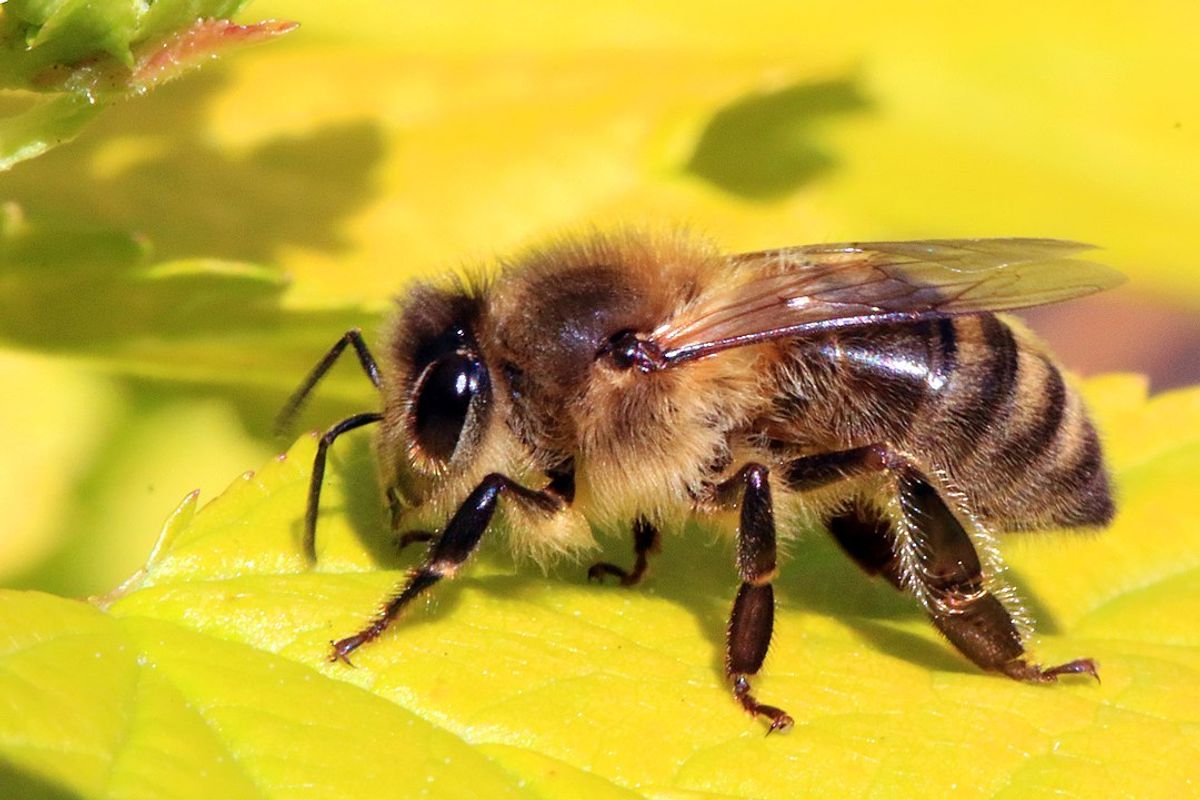 Claim:
When a male honeybee climaxes during sex, his testicles explode and he dies.
Rating:

Sex can be a very stressful, and less enjoyable, experience for some species. Case in point: Male honey bees (referred to as drones), who manage to ejaculate into a female honeybee (or queen), are doing so at risk to their own lives. The process is often acrobatic, intense, and requires a lot more male attention than we would expect.

The above tweet is mostly correct, though we have reached out to experts to confirm some details. It starts with a virgin queen bee gathering genetic material she will use to inseminate eggs, in what is referred to as a "nuptial flight." National Geographic described the process:

Each queen will mate with about twelve of her suitors, fewer than one percent of the males in attendance. Eager males hurtle through the sky behind a virgin queen like a comet's trail, jockeying for position.

When a lucky drone reaches one of the queens, he mounts her and flexes his abs to extend his endophallus, the bee equivalent of a penis, into the queen's sting chamber. He releases his semen with such speed and force that there's said to be an audible pop.

This is the climax of a male's life—and it's rapidly downhill from there. The drone's endophallus stays behind with the queen, and he falls to the ground paralysed to await his end.

Geoff Williams, an entomologist at Auburn University and an expert on honeybee reproduction, told National Geographic: "Probably not such a great death. But hopefully he's passed on his genes."

Professor Jerzy Woyke of Warsaw University of Life Sciences told LiveScience that in some drones, the tip of their endophallus bursts.

According to a 2021 paper by University of Saskatchewan researchers in the Journal of Insect Science, "Drone reproductive organs consist of paired testes, conducting tubules and ducts (vas efferens, vas deferens, and ejaculatory ducts), accessory sex glands (seminal vesicles and mucus glands), and endophallus."

According to Jamie Ellis, professor of entomology at the University of Florida, male honey bees have a "somewhat complex reproductive system." He described the drones' testes in the following way:

Immature drones have large testes that are composed of tubules in which sperm are produced and mature. Drones reach sexual maturity around 12-13 days after emerging. By this time, the testes have reduced in size significantly since the sperm have migrated to the seminal vesicles. These vesicles are sausage-shaped organs that grow in size as sperm migrate from the testes to fill them. They serve as the home of the sperm until they are expelled from the body while copulating with the queen.

The endophallus, which is the equivalent of the penis in mammals, gets inverted during copulation:

Ultimately the endophallus is detached from the male honey bee's abdomen, and he dies soon after.

We have reached out to a number of experts to confirm whether the testicles indeed explode in this process, though the overall claim appears to be correct. Until we know more we rate this as a "Research in Progress."