A photograph of Donald Trump supporters wearing "Make America White Again" shirts at a rally is an altered version of a less controversial picture. 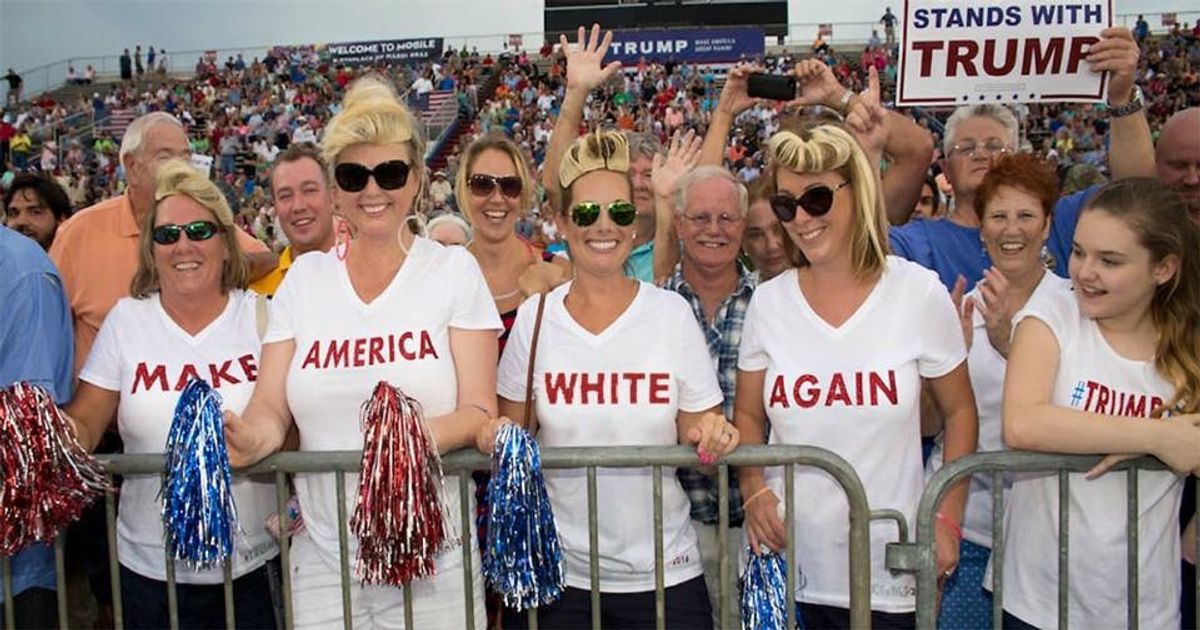 The image was a riff on Trump's much-debated campaign slogan "Make America Great Again," a phrase that opponents countered by asserting America never "stopped being great." However, Trump's words resonated with his base, and the slogan appears on a plethora of shirts, hats, and other Trump campaign items.

It wasn't difficult to determine that the photograph had been altered. The original dated to at least December 2015 and showed that the pictured Trump supporters had simply reproduced Trump's rallying phrase, with the third woman's shirt digitally changed to read "WHITE" rather than "GREAT":